Insights & Inspirations From Different Worlds issue #31 'The Bastions of Balo' by Ken St. Andre For The Stormbringer Rpg 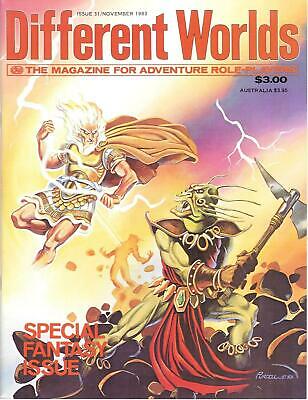 In Different Worlds issue #31 'The Bastions of Balo' by Ken St. Andre  things got very hairy & wooly for our group of cut throa umm adventurers. Different Worlds issue #31 'The Bastions of Balo' how shall we put this nicely?! A nasty little Stormbringer adventure wrapped in a velvet glove. This is another one of those let's strip the PC's down to the bare essentials & see if they can survive our little trap adventures. Its sort of a  mini AD&D first edition 'Sourage of the Slave Lords' adventure  where the players have to think their way out of the adventure.
Brain power does not equal playability but fortunately we had solid players in my uncle Jack's game. Older players mixed in with our young hot headedness & tempered with a dollop of extra jadedness pulled us back from many a PC death. But we did die by the score in 'The Bastions of Balo'.
Balo himself had laced this adventure as a mini world & it really fueled my hate for 'the Jester of the Chaos Gods'. This was the adventure that really brought home the fact that  Balo always looked like demented jester from Werner van den Valckert 'Fool With A Smaller Fool' art piece in my mind. My uncle used this piece of artwork whenever we interacted with Balo as an NPC. 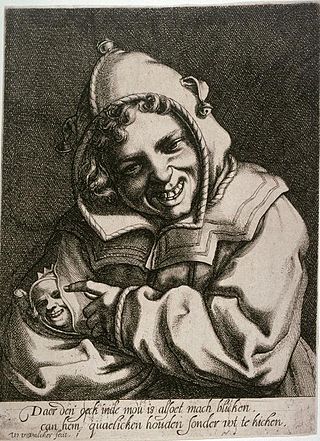 While 'The Bastions of Balo' by Ken St. Andre   was created as a trap for Elric our group stumbled into its machinations. This means that the adventure while it is a' locked closet adventure' there are some ways out. We were able to confront & confound the 'Jester of The Chaos Gods' by basically role playing outta of the situation similar to 'Next Generations' Star Trek crew's confrontations with 'Q'. After a multiplicity of dying & being resurrected Balo got a bit bored with us and decided to let us go. As simple as that or was it!?! No not at all & in fact it was 'The Bastions of Balo' by Ken St. Andre that lead directly into 'The Madcap Laughs' for us.
As a 'locked dungeon' scenario   'The Bastions of Balo' by Ken St. Andre  has some merits. One its a perfect take away to run with the Stormbringer rpg  especially as a prelude or after the events of Michael Moorcock's Weird of the White Wolf. 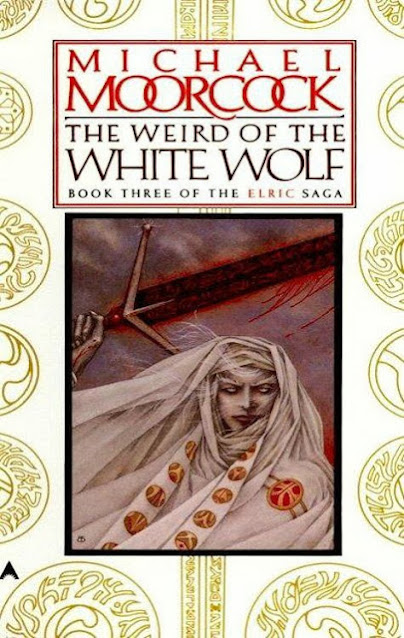 Even if 'The Bastions of Balo' was meant as a trap for Elric there were very few times that we even remotely crossed paths with the White Wolf as Stormbringer rpg players. Let me let you in on a little secret 90% of the time when we even romotely came close to the areas where NPC  Elric was we fled. Yup that's right! We as players had our PC's survive the destruction of the Young Kingdom. Why?! Because we were no place near the plane  at the time. Elric is/was a literal walking engine of murderous destruction & target for the cosmic forces. He's an NPC black hole swirling with a plane wrecking demon sword. Sure its cool to play Elric as an NPC but none of the players that I played with wanted to be near him. 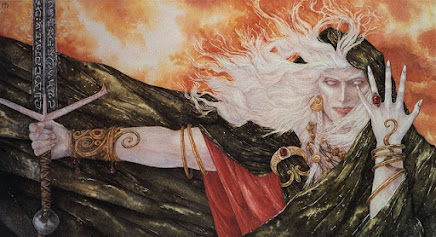 And so it is with 'Bastions of Balo' because as players we realized cosmic 'broom closet' trap adventures waited around the corner for Elric & ourselves if we followed in his wake as players. That didn't prevent the cosmic forces of Law & Chaos from playing merry havoc with our PC's! Far from it indeed. 'Bastions of Balo' does what it sets out to do. Play around with Stormbringer PC's but escaping its machinations are not easy but they can be rewarding. There are illegal scans of Different Worlds issue #31 floating around the internet so its not that hard to find if you look. Not in any I'm I encouraging such illegal behavior.
Five Things about 'The Bastions of Balo'