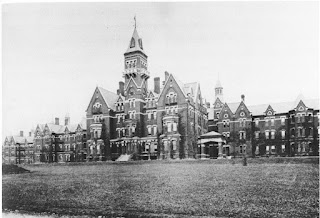 In last night's game the PC's were lead to the Asylum Q via the planar trails to the dimensional location by a party of NPC adventurers who refused to deal the five square mile hellish and haunted  location.
Five minutes into the session and the party is dealing with a Hell Dropper or two from the trees. Mobile ooze life forms that explode into acid filled sacs of fun.
The opted not to go into the facility on the trail of their black wizard from Koth  through the front door and instead find another way in. There were 'things' in the underbrush and the party had to deal with them. Wolves twisted by the energies of this other worldly location and events of the former facility gave them a hard time. Almost as if the place didn't want them there. What was really creepy was the 'wolves' flesh trying to flow back together after being dispatched by the PC's. 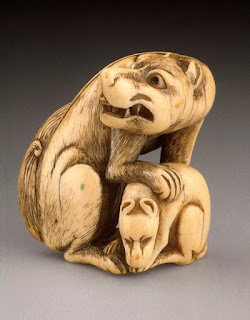 They finally penetrated the halls of the place via door that somehow opened into a patient's room. The place was spartan at best and in a completely decayed state. There was a wrongness to the place and one of the PC's happened upon a skeleton. After searching the body carefully they made their way into the halls. 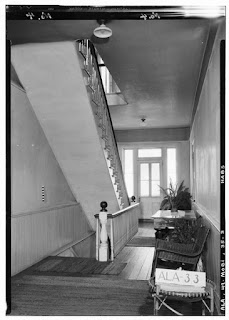 They searched room by room coming across former adventurers corpses, confronting and battling unspeakable horrors. Dealing with weird phenomena and they have not penetrated the inner mysteries of the place nor faced the scorpion crab mercenaries.. yet. The PC's are still in the outer locations and are going down into the main areas next week. 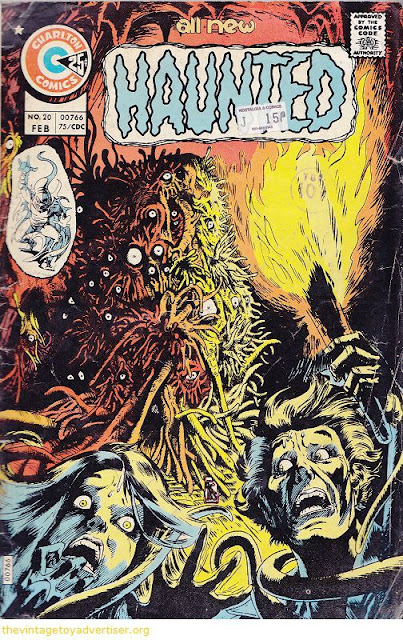 Asylum Q is a temporal wasteland accessible via the dimension time trails that lead to alternative Earths and weird locations caught between the planes. The 'Event' shattered many of these minor realms leading to all kinds of issues.Here are some of the monsters that adventurers might encounter in the halls of the place. 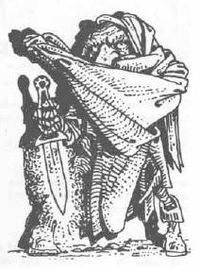