There are things that used to be wizards wandering the wastelands of Accursed Atlantis that are far more dangerous then one would expect. The devices, rods, artifacts and other magical devices have taken then beyond the ken of mankind to other places and realms where no human or man should venture. Some might say that they have ascended beyond humanity while others have merely consigned these poor souls to the scrap heap of hell and the damned. One thing is for certain, anyone who meets these things had better have life, limb, and  a good blade at hand. 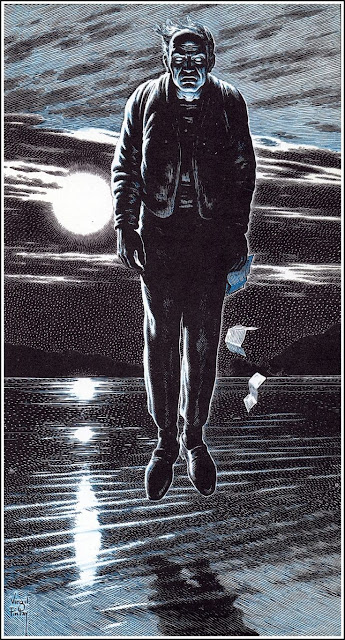 Often fools who cross paths with these beings are freebooters, wanderers, adventures and wasteland outlaws that have trespassed into places best left alone. Often these are powerful spirits, specters and ghosts of the damned just waiting to spring on transgressors.
1d6 Random Former Wizards Lovecraftian Encounter Table