Tim Harper of Samwise rpg review fame  has released a disturbing mature adventure called Murcanto's Lair. The blurb on Drivethrurpg describes it as,"Murcanto's Lair is one modular level of a "mega-dungeon" (a very large underground structure with many levels).  It has content that some may find disturbing.  It is a systemless dark fantasy adventure but the module will most likely be the easiest to run with an OSR (Old School Renaissance) retro-clone of your choice or one of the various editions of the most popular RPG in the land."
I got to take a look at this adventure about three or four days ago and its basically a pulp dungeon with disturbing content come to life in a good way. By good I mean those levels of a wizard that you never get to see. This is one of those levels. This isn't a fun house dungeon but a wizard crawl of weird encounters that can be dropped straight into a Lamentations of the Flame Princess game or any old school OD&D style game including the Dungeon Crawl Classics rpg
GRAB IT RIGHT HERE

Not to give anything away but this is a tour de force of weirdness and depravity. Tim has been quietly going mad and taking all of this material into some very disturbing old school horror turf. The encounters here have an almost midnight movie meets Splatter punk over tea with Clive Barker and HP Lovecraft sort of a feel in a dark and good way. The artwork, the maps,everything here is geared to throw you as an adventurer into the world of Murcanto where your PC's are mostly likely to be mutated, twisted, and terrorized if not outright killed. This is an adventure with some teeth and its not afraid to show it. The author comes up with not only original monsters and disturbing imagery but the artwork is very, very, well done. I've been used to Lamentations of the Flame Princess adventures and the professionalism of the fanzines such as Red Moon Medicine Show's efforts and their adventures. Lately the line between fan and pro has been blurring a lot and this adventure is another sign of the times.
Murcanto is one twisted son of a gun and there's everything from flesh weaving monsters to horrors in pots & much, much to much to describe. This is the sort of an adventure that I would throw at an experienced party of adventurers and still have the players asking to come back for more. And they will this is a deadly little piece of design and writing on Tim's part and he did it really well. I'm insanely jealous of the creativity and sheer weirdness that went into Murcanto's Lair. While there are some of the usual AD&D and OD&D monsters in this adventure their used in such a way as to be completely different and just wow. I really don't want to give too much of this adventure away. Seriously just go and grab this adventure if your A. into Lamentations of the Flame Princess b. Want something completely off the wall and different with a sense of the weird, mature, and dramatic.  The pacing of the module's encounters is very well done. 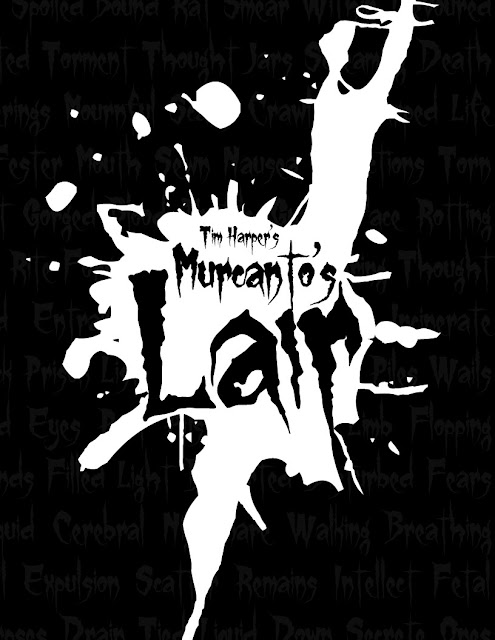 I can honestly say that this is one of the better pay what you'd like titles to come along in a very long time. The author has put a lot of energy, time, and weirdness into the business end of this adventure. You could drop this one into any mature old school campaigns on the back end where you want your players to experience a bizarre and off the wall level of a megadungeon. This reminds me that I think given the amount of time, energy, and bizarre flesh melding fun that the author had with this that we'll be seeing more of this megadungeon to come. If you haven't already grabbed this one then for Cthlhu's sake! This gets a four out of five stars and yes it deserves it in spades.
If there was a complaint it's this I wanted even more of this level of the megadungeon and that I believe might be the point here. Tim has thrown his hat into the ring of OSR publishing and this adventure is a pretty big noise. To say that this is a Lovecraftian adventure is an understatement its more like a mini tour de force.

Using Murcanto's Lair  For Your Old School Campaigns This adventure lends itself to an isolated location in the wastes for any number of old school style campaigns. As a place on an isolated planet, a place on some lonely modern road or mountain valley location. This adventure could be dropped into a sword and sorcery piece with little to no problem at all. 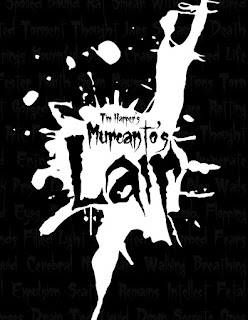 This is a perfect adventure to add right into Astonishing Swordsmen and Sorcerers of Hyperborea as an isolated twisted wizard's lair in a mega dungeon complex! This is a perfect megadungeon level to add straight into as a wizard's megadungeon location out around the lands where the Green Death has taken forgotten cities and Murcanto has moved in to take over. There are any number of ways of using Murcanto's Lair; you can drop this adventure straight into Crimson Dragon Slayers as another location of evil allowing your 80's adventurers to have a horrid encounter with the weirdness and depravity of this adventure. The most obvious use of this adventure is as a whole campaign's worth of Lamentations of the Flame Princess worth of adventure fun and while this is one of the best uses of the adventure there is quite a bit more that can be done with it. For example this adventure could be easily inserted into a campaign of White Star as the lair of the powers of the Void and it would fit in quite nicely for a  mature game of this science fantasy game as well. This adventure could easily be stuck onto Carcosa for even more dramatic flare as an isolated adventure location. The adventure events and encounters of Murcanto's Lair move all on their own and its nice to see how the author has designed this into this piece of adventure design.  This adventure could even be added with some slight of hand into a post apocalyptic campaign as a mature one shot adventure location as Murcanto's Lair transcends time and space to bring its brand of horror to the wastelands so with a little work you might even use this one with Mutant Future.
Twist this one around a bit and you could drop into Fantastic Heroes and Witchery with little problem.  In fact this adventure perfectly suits the pulp aesthetic and weird tales nature of FH&W.  This game adventure could be plugged into a OD&D campaign where the DM wants to shift the focus onto a mature horror theme and it fits the bill quite nicely. There's even more that can be done with it as an isolated adventure location. The PC's could be washed up onto an island or shipwrecked for a horrid and weird fun filled vacation with Murcanto providing all of the highlights and event weirdness for a whole bunch of splatter punk hi jinks.
Really there are ton of stuff that can be done with this one!