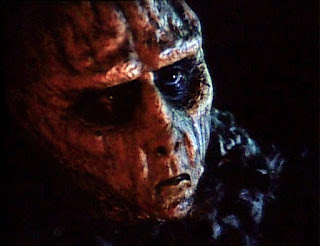 There goblins that even other goblins are afraid of, beings who served the 'Old Ways' and the powers of darkness. These things are seldom mentioned in goblin society at all and these beings bring a shudder to those polite goblins who would rather have tea, speak of labyrinths, and discuss the latest debacle of their king. Baetulaullit keep to themselves, their own weird ways & their disturbing rites to their ancient masters. They move about various societies between the floor boards and behind the walls of ruins. They have ancient and deadly secrets all their own. 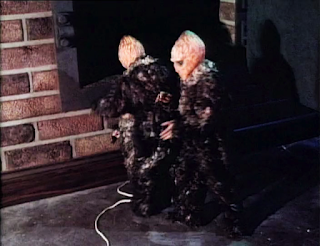 Baetulaullit,  also called stalking goblins, or haunting goblins are seemingly pathetic creatures that were a part of a shadow society of goblin kind that has always remained apart of normal goblin society. They cause revulsion in other goblins who won't even mention their name out of fear of attracting their attention. They are remembered with revulsion by human society by certain esoteric religions and myths. There are rites of Law that can seal them away or bind them to their lairs for hundreds of years. But these little horrors are bound to convert those that free them into one of their own. These horrors have a nasty habit of mumbling the names of their victims over and over when they fixate on such a victim. This often gives away their presence but serves to unnerve the target. Baetulaullit do not have the need for sleep, food, or real rest. They can exist for centuries in a sort of timeless and dreamless trance just waiting for some fool to stumble upon them. They often take trinkets, treasures, and junk from their victims to create small shrines or momento walls of their own former lives. Jewelry, gold coins, and even magic trinkets are often found there. These little horrors also keep bolt hole lairs as well in the ruins and areas they haunt.
The  Baetulaullit often fixate upon a target to convert into one of their own and will stalk this victim almost to the point of madness. They will try to kidnap  such individuals off to their warrens for their bodies and souls to be converted into more of these horrors. These victims are offered up in rites to their abominable masters and Lovecraftian Old Ones they serve. Baetulaullit have a diabolical and twisted intelligence; they are masters of tricks and traps. Their warrens are often a maze of dead falls, trip wires, and weird booby traps just waiting for adventurers. The monsters have dark vision up to sixty feet but are at a -1 on all rolls in artificial light. For individuals who are converted into these hideous creatures it  -3 Strength, +2 Dexterity, -4 Charisma as flesh bone and spirit are twisted into more pleasing shapes by their masters of vile and evil.
Baetulaullit have many of the abilities of thieves that they have developed out of necessity including the ability to hide in shadows and move without sound. The pads on their hands and feet dampen the sound.  They favor weapons and tools of their own design created by adapting the debris, trash, and left overs of human society. There are several clever +1 weapons that they use and count as +1 daggers but often these weapons lose their enchantment when exposed to sunlight. These horrors use 1d4 small hand made lock picks and tools as 6th level thieves. They are patient, mostly noiseless but there is an aura of the unholy in places that they frequent. Clerics and priests of the Old Religions may detect this with a 5% chance when in such areas.Dungeon masters should secretly roll for such encounters when such PC's enter these areas.
Baetulaullit every two centuries will produce a black cleric of the Old Ones who will secret itself away and progress up to 5th or 6th level and are able to cast spells and rites. These beings are dangerous stalkers and killers but also the wise men of the race. They will have at least four followers after three centuries often converting fledgling students of the priestly arts and young apprentices of the crafts to their ways. Baetulaullit have stowed away on vessels to other dimensions and are now found sometimes in the post apocalyptic wastelands, Hyperborea, Accursed Atlantis and even as far away as Thule. They are a far more subtle and deadly gathering of horrors able to convert slowly and insidiously between the cracks of human society. 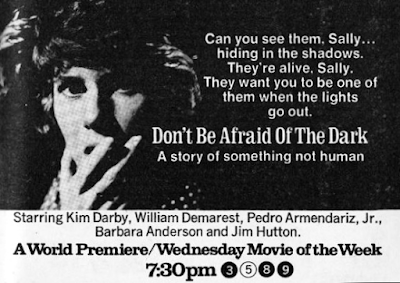 This Halloween blog entry is meant as a homage to Don't Be Afraid of the Dark a television movie that aired in 1973   for educational and entertainment purposes and is not intended as a violation of the copyright or trade mark of ABC Broadcasting,USA Home Video, or
Warner Bros.