My wife gave me a fifty dollar Amazon gift certificate for Christmas & I've been mulling over what to get in the wake of this OGL fiasco. And after reading through some of the comments & ideas I decided to grab Mongoose's Traveller second edition. TRAVELLER CORE RULEBOOK UPDATE 2022 offers a great Sic Fi  alternative to the tons of issues that seem to be happening with Cowards of the Coast. And so it's fantastic time to flip over to  "The Traveller Core Rulebook Update 2022'.

However I'm planning an update to the Washington Sector & perhaps with plans move up the timeline a bit. One of the things I've noticed with this set of Traveller rules is the baked in setting. This is fine but with our group used to Stars Without Number & even Star Seige. The switch over to

"The Traveller Core Rulebook Update 2022'. has not been as traumatic as one might think.
There are several reasons for this update to our gaming. One the learning curve doesn't seem that steep. Two is the fact that the Washington sector is prime real estate for the players. And three is Mecha.

. The players are used to Kaiju in our various campaigns having visited failed colonies across the Border's divide in our Washington sector campaign. 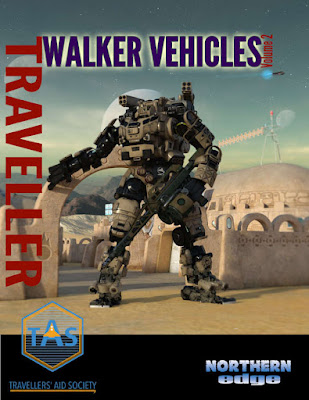 The fact of the matter is that the walker technologies within our campaign come from the Clement sector.
And then the hyperspacial wormhole  collapse happened causing the Washington sector & the Clement sector to be separated by huge distances in light years.
Walker Vechicles supplement looks very well done & I'm looking forward to using this supplement with

"The Traveller Core Rulebook Update 2022'.
That being said we have a ton of time & energy invested in the Cepheus Engine books. And thats not going away anytime soon.
However over the years of flipping over fifth edition D&D players over to Cepheus Engine & classic Traveller. One thing is evident & that is that you've got to bring the excitement to the table top. And this is why our fantasy rpg campaigns are  actually taking place within the fringes of the Washington sector.
And the one game that's done that has been Zozer Games Hostile rpg.
Hostile remains one of my all time favorite incarnations of the Cepheus Engine rpg system & classic 2d6 bones.  I've been experimenting using Hostile as the four hundred year point in the past for the Washington Sector.
And this brings me to Stellagama Publishing's Cepheus Deluxe Enhanced Edition. Cepheus Deluxe Enhanced Edition Rpg has a ton of good things to offer. It's rules lite, has a completely reliable system, and helps to set up PC's fast, & gives a solid incarnation of the Cepheus Engine rpg. 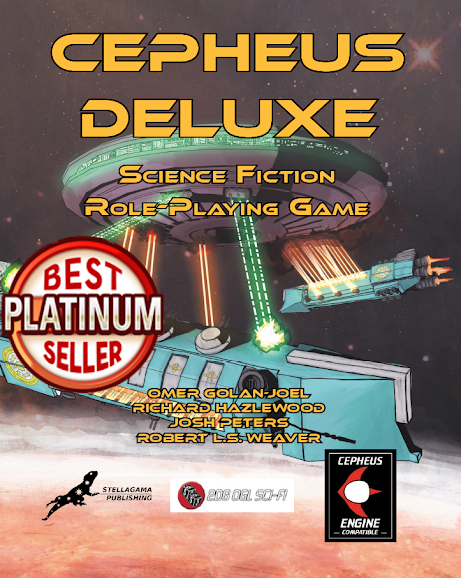 That being said the players asked for "The Traveller Core Rulebook Update 2022' & that's what we're going to be using going  forward. Wish me luck
Posted by Needles at 8:36 AM