So I was on youtube tonight looking at The Lost Adventurer's video review on B2 Keep on the Borderlands available here.  It's a solid look into the Gary Gygax's classic B2 Keep on the Borderlands & how this applies to our Barbarian Warlords of Greyhawk Rpg campaign. And there's a really interesting comment that I came across within the comments regarding B2.  And this comment slots right into what we've been talk about the T1-4 The Temple of Elemental Evil. 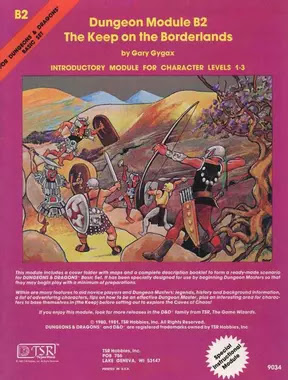 According to @williamozier918's comment on youtube; "Here's my theory of "the plot": 1) The cultists in the top cave are agents from the Temple of Elemental Evil and they are banding together the local tribes of monsters into an uneasy army, using the Caves as their base of operations. 2) these cultists are cauing the local barbarian, and lizard men tribes into attacking caravans more. 3) The Keep is torn between two factions, the Red Banner, and the Blue Banner. Each NPC of the Keep is aligned with one Banner or the other, and political tensions are rising in the Keep. These factions will begin using the characters for secret missions. One of the factions is in fact behind several of the caravan attacks, blaming it on the barbarians. Remember knowledge is power, and the module has 20 rumors. Each faction is trying to find out their own information and get that information "back home". 4) Let each character know 2 rumors from the rumor table, and let each character know 1 NPC."

This is very interesting because it slots into what we see within the Caves of Chaos later on. Paying very close attention to the rumor table & what is the ACK's connection?! Well if we look close to AX3 The Capital of The Borderlands there's some tribute & deep connection within the supplement; "The Borderlands has been contested throughout recorded history and its landscape is littered with ancient fortresses, blood-soaked battlefields, and dread ruins, all crumbling relics of the empires that once ruled there. Now the dangers facing the Borderlands are greater than ever. Monsters are slipping across the porous border to terrorize and plunder. Travel has grown perilous, and the border forts are becoming increasingly isolated and outmatched. The ambitious, bold, and greedy have begun to gather in Cyfaraun, ancient capital of the borderlands, seeking glory and gold.  There, criminal gangs battle for control of the streets and terrible evils lurk in the twisting tunnels, dusty catacombs, and black, volcanic caves that lie below…" 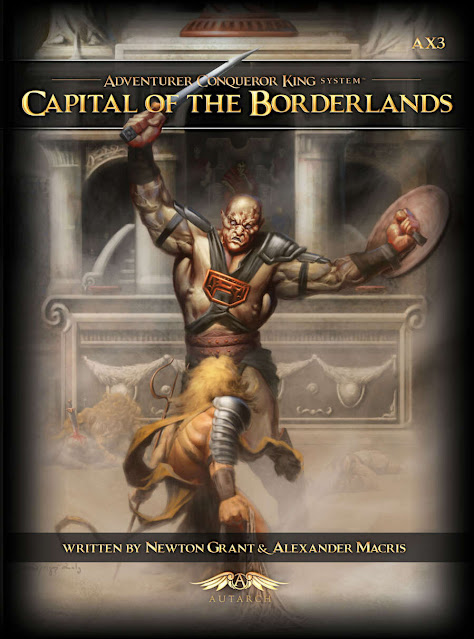 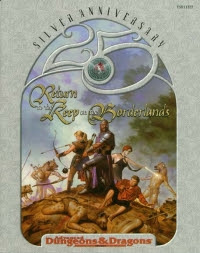 So  AX3 The Capital of The Borderlands has a number of undead within it. And it's these undead have me wondering about another adventure within my archives. And that's Dark Wizard Games Shadow of the Necromancer. Could the necromancer within that module actually be a pledging member of the cult of Elemental Evil?! Short answer again is yes!
The necromancer from  Dark Wizard Games Shadow of the Necromancer could well be another disruptive influence on the minor kingdoms & villages surrounding the series of keeps.

The undead are totally on the side of unlife & Chaos. These horrors are the dark reflection of what they once were in life.

MMD mini adventure Shadow of the Necromancer could well be a side quest for the PC's inorder to plant even more distractions from the campaign of Chaos that is prevading the area around Greyhawk. 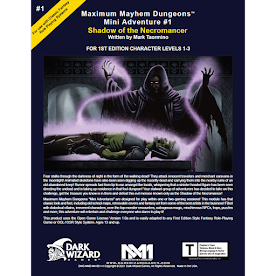 The lizardmen within B2 are more then simple monsters. These are actually citizens of the Keep as much as the humans. The humanoid & possibliy the undead armies are actually putting lots of pressure on the resources around the keep. They pillage & loot sweeping away more of the human & lizardmen foot. This is all being done on purpose to destablize the area around Hommlet & the keep.
Undead are going to become even more of a problem as the necromancer resupplies the dungeons in the surrounding area to help supply the cult of elemental evil.
Shadow of the Necromancer could help become a valuable side quest for the PCs especially within a Greyhawk game. The adventure does this  by giving the players even more horrors to deal with as the cult of elemental evil rises!