"When Jack Kirby returned to Marvel in the 1970s, scores of amazing concepts would spring forth from his limitless imagination - and THE ETERNALS was his mind-blowing masterpiece! Kirby unveiled a secret history of humanity, races known as Eternals and Deviants, and a host of towering Celestials come to bear judgment on the Earth! It was a jaw-dropping saga that could have only come from the King of comics. And after Kirby's tenure ended, creators including Peter B. Gillis, Sal Buscema, Walter Simonson, Roy Thomas and Mark Texeira continued to weave stories within the epic mythology that he created! Now, thrill to the complete classic saga of the Eternals!" 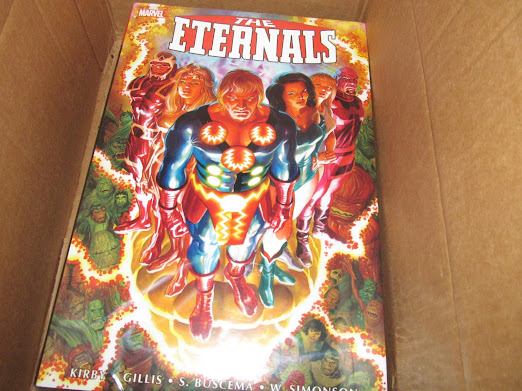 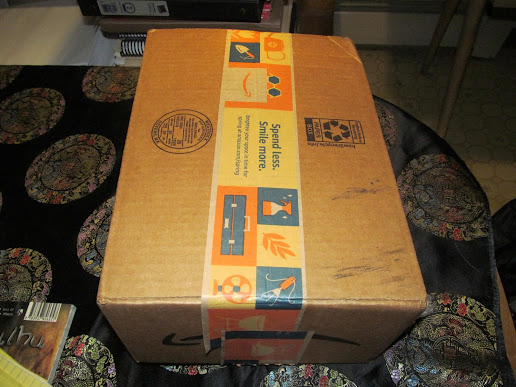 Since Nineties I've waited for an Eternals Omibus to come along like this. Ages ago I was privaliged enough to own almost the entire run of ETERNALS (1976) #1-19. And then almost all of the follow up issues. An apartment fire in Boston turned those Jack Kirby King of Comics of Eternals run into. Now gaze upon the Alex Ross cover goodness. 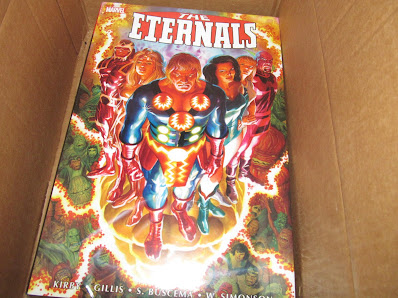 By the omni mind I've been lusting after this collection for years now. But who are the Eternals?! Well according to their Wiki entry; "The Eternals are a fictional race of humanoids appearing in American comic books published by Marvel Comics. They are described as an offshoot of the evolutionary process that created sentient life on Earth. The original instigators of this process, the alien Celestials, intended the Eternals to be the defenders of Earth, which leads to the inevitability of war against their destructive counterparts, the Deviants. The Eternals were created by Jack Kirby, and made their first appearance in The Eternals #1 (July 1976)."
And before Disney releases the new Eternals Marvel Cinematic universe film soon. Disney is already screwing with the cinematic counterparts because the Celestials created the Eternals from early man. In the film the Eternals were created thousands of years ago & sent to the primitive world of Earth by the Celestials. A minor point but.. I wanted to dive in & grab this run. But my lovely wife beat me too the punch! And this beast is the result! The Eternals: The Complete Saga Omnibus is a full two inches thick! 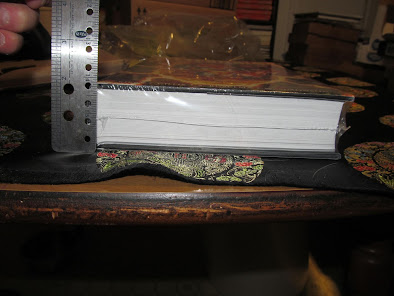 This sucker has all of the Eternals vs Deviant Marvel mayhem to be had! I can't wait to dive into this sucker! The entire run covered is listed in the back of the The Eternals: The Complete Saga Omnibus. And this is a huge lot of Eternals Marvel goodness. 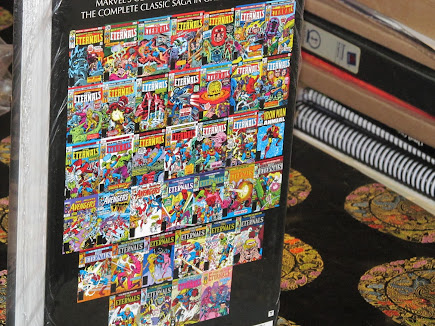 My own childhood connection was Ikaris whose the Eternals guardian of the  Pyramid of the Winds – a mysterious structure that Valkin and Phastos had built deep below the ice of the Arctic for storage of deadly weapons. Jack Kirby's redition of his creation is the definite version of the character.

Write up.org has a really good indepth look into Irakis but the important point is how the Eternals are often woven into Marvel's human mythology. And in Irakis case it extents to his mythological namesake; "But Ikaris used his powers to do much more than simply guard the Pyramid. When the Celestials destroyed the Deviant city of Lemuria and devastated the planet with a flood, he led a number of humans to safety in a giant ark."

"Years later, Ikaris defended Crete from the Deviant hordes. He married a human woman there, who bore him a child. Because the young boy loved to fly in his father’s arms, Ikaris constructed a flying harness for him. Unfortunately, the Eternal was called away before he could instruct his son on the use of the device." You can read more about Ikaris within the character study on Write up. There are several OSR connections between The Eternals & several OSR games including Astonishing Swordsmen & Sorcerers of Hyperborea.
There is a hard core connection between Astonishing Swordsmen & Sorcerers of Hyperborea & the Celestials is  woven throughout several  North Wind Adventures modules as a sort of gaming Easter Egg . Within the old school Judges Guilds  'The Wilderlands of High Fantasy' has eluded to several Marvel ties in with the Eternals having been mentioned in passing in several modules. For Lamentations of the Flame Princess Carcosa of course is the venue where the Celestials are most likely to be encountered. And Jack Kirby's creations were a major influence on the LoFP's most infamous Lovecraftian world according to Carcosa's author leading to even more OSR goodness. 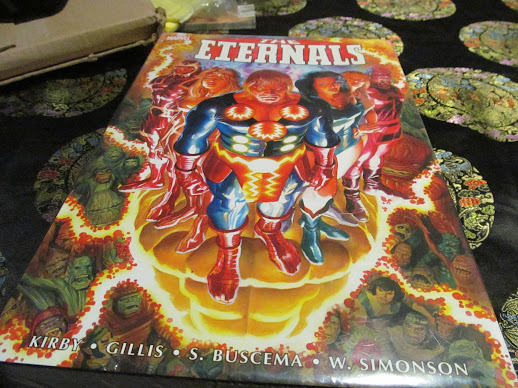 I'm really looking forward to diving into the The Eternals: The Complete Saga Omnibus folks! Thanks honey for a fantastic & unexpected present! We will continue with Eternals commentary coming up on this blog!