Saint Patrick's Day Serpents With The Magicks of Corum & Beyond

"A New World for Stormbringer

The balance between Chaos and Law has tipped. Barbarian hordes sweep across the land while civilization decays in doomed castles. Eldritch beasts terrorize the innocent. Arcane technologies are all but lost and foul Chaotic magic corrupts land and sea alike. In the age to come a cursed Prince will seek his destiny across this dying world. His path will be vengeance, his ultimate goal . . . to confront the gods themselves.

In this supplement to the acclaimed roleplaying game Stormbringer you can adventure in a heroic fantasy setting based on the World of the Five Planes created by the master of fantasy, Michael Moorcock. You will confront the most bizarre monsters and foil the deadliest plots on this and other planes of the Multiverse as you battle to free yourself and your world from the machinations of the gods." 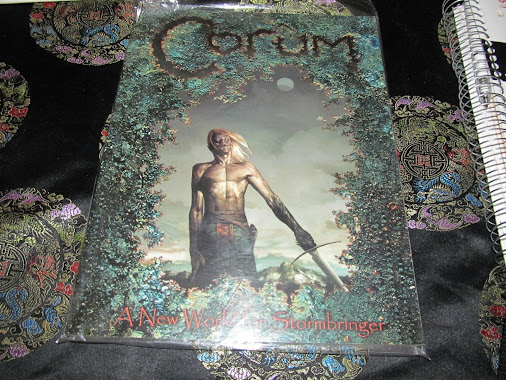 Published over almost eighteen years in 2001 by Darcsyde Productions ago 'Corum A New World for Stormbringer' by Geoff Gillan with Mark Angeli & Alex Hammond along with Bill Routt & Liam Routt.  Is one of the best supplements, setting books, & all around treatments of the Corum mythology. Since its St.Patrick's day it seems appropiate to do a blog entry on Corum Jhaelen Irsei ("the Prince in the Scarlet Robe") 's Stormbringer rpg supplement. The real diffence here between garden variety Stormbriner rpg & Corum is the fact that this long out of print supplement allows the DM to create Law oriented lands straight out of the Corum mythology. 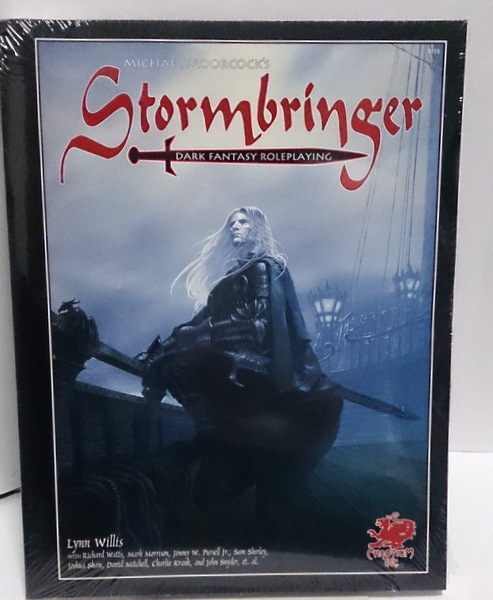 One of the things that really clicks with the Corum universe opposed to the Elric books is that journeys through the 'otherworlds' of Corum connect deeply to the 'Otherworld' of Celtic mythology. And all of the dire consquences of those otherworlds with Moorcock's spin on them. 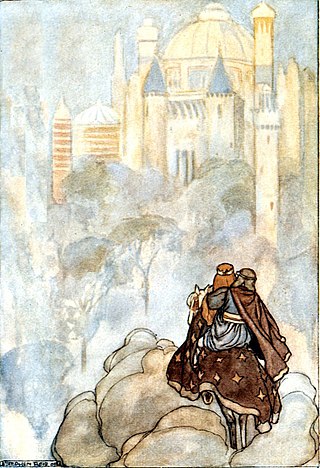 Oisín and Niamh approaching a palace in Tír na nÓg, illustration by Stephen Reid in T. W. Rolleston's The High Deeds of Finn (1910)

In many ways Corum's journey is far more satisfying then Elric's as an aspect of the eternal champion. And it's something that as one get's older one comes to appreciate. The gods of Law & Chaos within Corum's mythological arch are nasty, dangerous, & ultimately are detrimental to the evolutional & spiritual journey of mankind. This is something we see again & again throughout the Eternal Champion stories & books. And its also something reflected in the magicks of the Stormbringer  rpg supplement of Corum.
This is also something we see in Luther Arkwright's fight across the ether with the Jammers. The fact that the chaos caused by the disruption of societies across the planes & timelines occurs again & again. A DM & players can see the focus of this in Valhalla's Mjollnir Section's struggles within  Luther Arkwright: Roleplaying Across the Parallels.  These same battles are the flip side in many ways of the machinations of Jerry Cornelius. 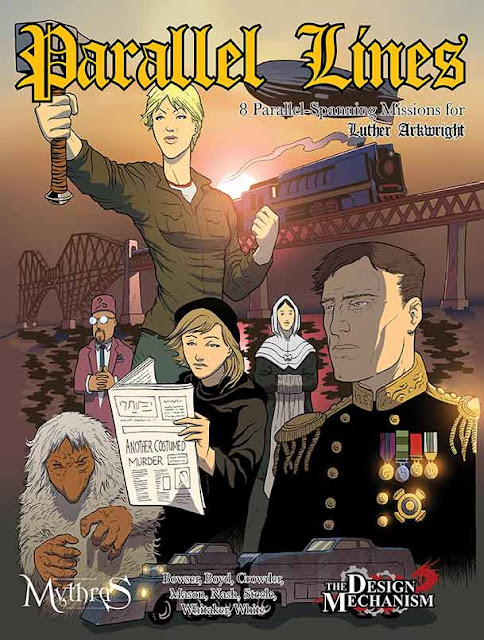 Mankind's journey is both helped & hindered by the forces of Law, Chaos, & destiny. Forces that we as human beings are privy to with both insight & logic. The fate of the eternal champion not so much for his is tied with the black sword & it was always far more evil then its mortal companion.
Posted by Needles at 11:05 AM

Email ThisBlogThis!Share to TwitterShare to FacebookShare to Pinterest
Labels: Corum 'The Prince With A Silver Hand', Luther Arkwright: Roleplaying Across the Parallels, OSR Commentary, Stormbringer Rpg