Review & Commentary On Castle Brass (2008) By Lawrence Whitaker For The Mongoose Publications Hawkmoon: The Roleplaying Game or The Elric of Melnibone RPG

"  A guide to Count Brass’ domain, the Kamarg, Count Brass is an essential sourcebook for all Hawkmoon Players. An in-depth guide to the successful navigation of this potentially treacherous landscape.

Not only will you learn the secrets of the Kamarg itself, you will learn the deep dark secrets that fester in each of its little towns. You will gain an understanding of its residents, along with their own eccentric secrets, intricate enterprises and convenient friendships. 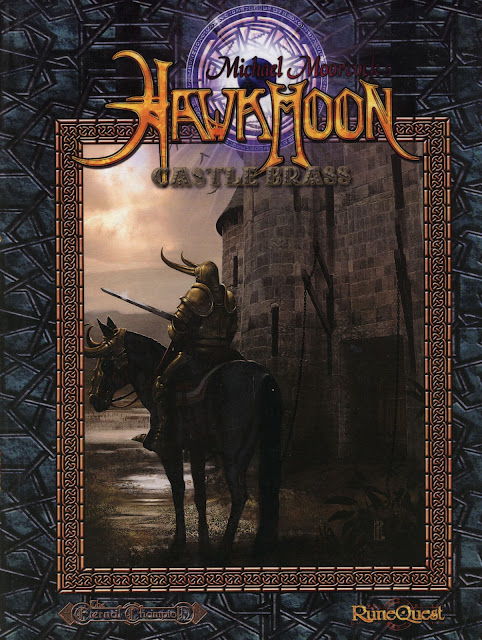 Unlock the doors of Castle Brass and familiarise yourself with its twists and turns, its hidden rooms and forgotten laboratories.

Castle Brass is an excellent source of knowledge about the Kamarg but also an essential tool for Game Masters wishing to create their own scenarios. So enter this distant marshland and search out the veritable treasures it beholds." 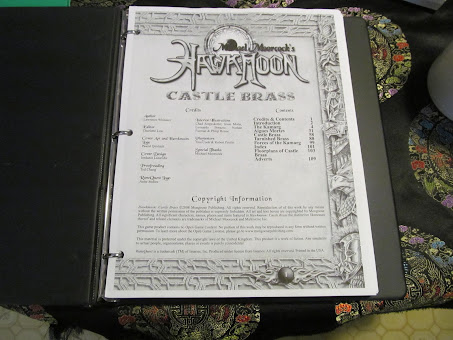 Castle Brass for the Mongoose Corum rpg game by Lawrence Whitaker is one of those books that in various rpg circles that seems to come back with 'weak sauce' for the Mongoose Corum rpg or a five point five star review on Rpggeek.  Castle Brass follows Count Brass's later years & his associatation with Hawkmoon. And its another adventure location that adds to the layers of mystery surrounding the rise of  post apocalyptic empire of the Dark Empire of Granbretan. Count Brass is the protector of the protector of Kamarg France  and the ruler of Castle Brass. My players  also believe he's another aspect of the eternal champion sided with the Rune Staff & the Sword of the Dawn. 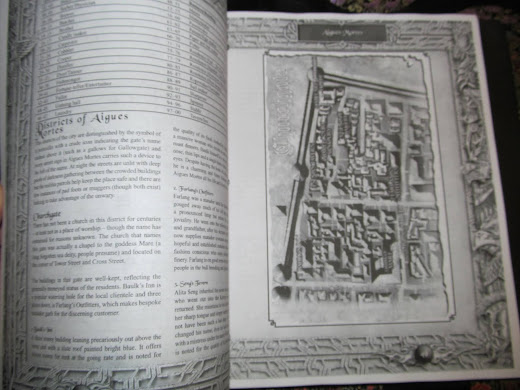 And some of Castle Brass confirms this. The layout is good & its pretty standard Mongoose Runequest style graphics & surrounding page artwork. All pretty standard stuff for the Corum rpg within its Mongoose incarnation. Where Castle Brass shines is in some of the inside information. By the time of Dorian Hawkmoon Castle Brass has been both location of historical conflict & oasis against the tide of post apocalyptic  madness  that Europe has become. Kamarg France  is a land of mutant infested swamplands that surround it but behind the reeds is a world that still has glimpses of the pre apocalyptic world. But with the coming of the Dark Empire of Granbretan the tarnish of Castle Brass is beginning. The area is rife with agents, plots, & potential double crosses as the forces of the immortal Emperor King Huon of Londra and his Beast Men are already deep within the land of Castle Brass. 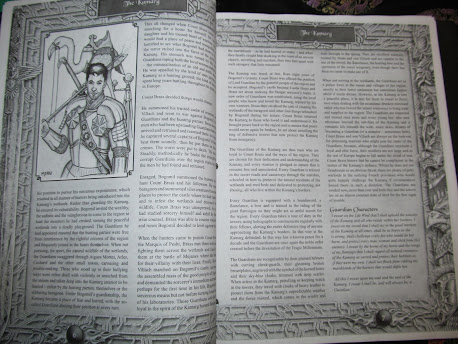 Castle Brass delves deeply into the history of the castle, its locations, the lands surrounding Kamarg France. It really brings home the potential for using Castle Brass as an adventure location for adventures going back to the early history of Count Brass himself.  And its this crossover potential for the Stormbringer rpg  that really intrigues  a DM. 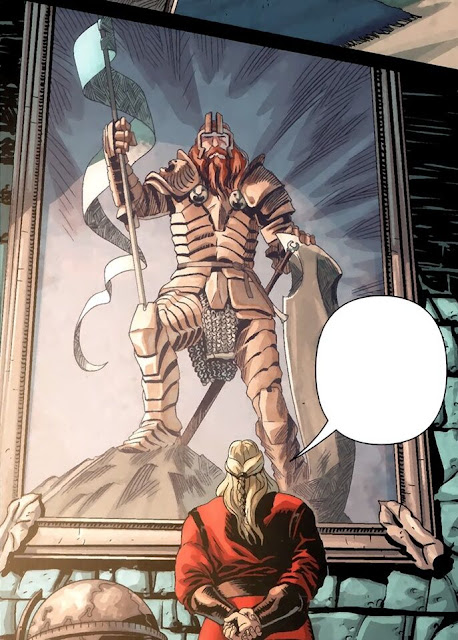 The in-depth overview  given in Castle Brass gives the DM plenty of fodder to bring the castle, its NPC characters, and more into focus as a campaign central location perhaps.. We already know that there have been alternative versions of Dorian Hawkmoon that have been seen within Moorcock's authorized Hawkmoon comic books. And we've seen other timelines of various eternal champion worlds. Castle Brass may have other such reflections within the 'million spheres'. And this brings the great potential of Castle Brass as a campaign starter. 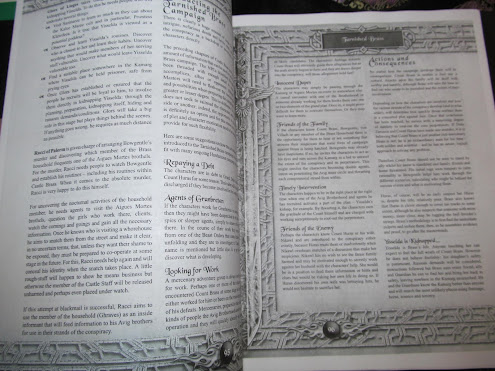 Lawrence Whitaker would later on go on to form the Design Mechanism rpg company. And create Luther Arkwright: Roleplaying Across the Parallels which we played back in 2015 or so. One of the locations that was used in that game was Castle Brass when the Jammers tried to take over this timeline before the coming of Dorian Hawkmoon. 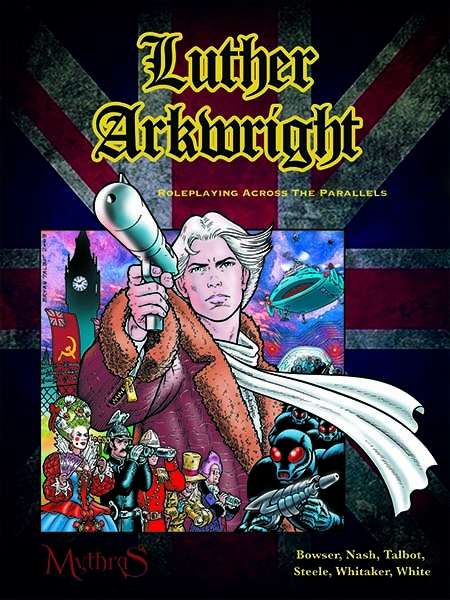 The PC's had a field day with that adventure & meeting Count Brass who they found out is very learned in some matters of the timelines & multiverse. We're using this example to illustrate the adventure & campaign potential of Castle Brass as a viable campaign location for Mongoose Publications Hawkmoon The Role Playing Game   or The  Elric of Melnibone RPG  and  even  Luther Arkwright. Castle Brass provides a wealth of knowledge about one of the more under utlized locations in Moorcockian fantasy within the Tragic European setting of Count Brass opening up to both the players & the DM..
Posted by Needles at 9:43 AM