'Playing Out In The Rocks' Cepheus Engine Rpg Session Report - Surprise Attack In The Asteroids!

Tonight's Hostile Cepheus Engine hybrid game picks up immediately after last week's session here. We find the New England Bouys not in a happy place tonight. They've sent a probot on a mission to check out the alien power station in tonight's game with a solid sensor package. 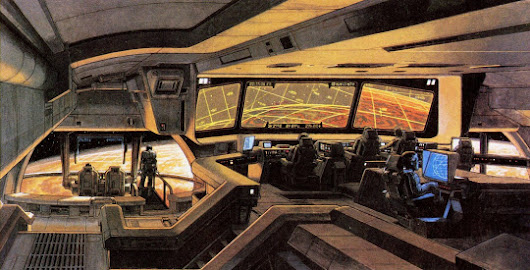 They have the option of sending in a manned  Horizon Survey craft ( they want to outfit the craft with a fully updated sensor suite )  before setting foot on this alien station. A new wrinkle in tonight's game is finding out that Major General Fuller from the Marines is aboard the Hartford the city ship factory vessel. Major General Fuller is in cryo sleep at the moment. The PC's seem to trust the  brand new NPC named Akachi (God's hand) from Godstar's Million Sun's Empire. 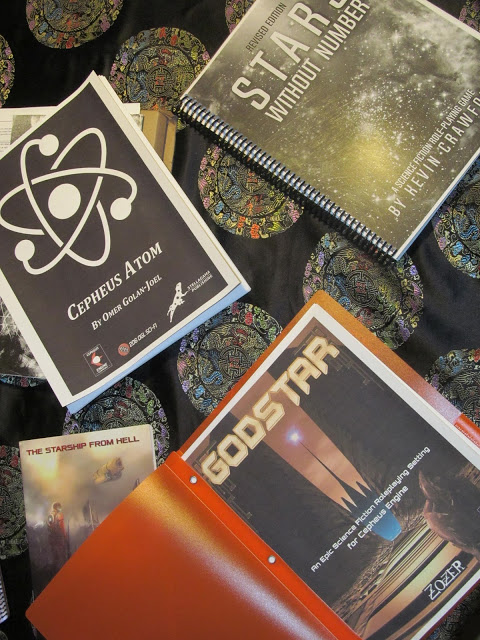 The New England Bouys have aceess to a psionic circle of Grey hybrids whose contract was bought by Allard Technologies. These Grey hybrids have included the PC's within their psionic clutch & its the PC's who are considering sending two of the Grey spacers in the Horizon Survey craft to check out the alien power station. In tonight's game session the PC's ran into two wrinkles. On the huge ring of meteors around the gas giant. And second was the number of wrecked space craft from before the Fall of Man  within the ring. There's very little psionic distortion around the background of the gas giant. They found the remains of  two fifty year old TL11 100-TON BUCCA-CLASS PROSPECTOR ships. These ships are not from the Talon sector at all & originate within the campaign's sector of These Stars Are Ours Uranium Fever supplement.
Miners have been here before but there's lots of carbon scoring on the edges of the space craft's hulls.. While there's no psionic wall to fry one of the New England Bouys two psionics. Akachi (God's hand) can't penatrate psionically either the gas giant or the alien station. Some device or artifact is interfering with his abilities. 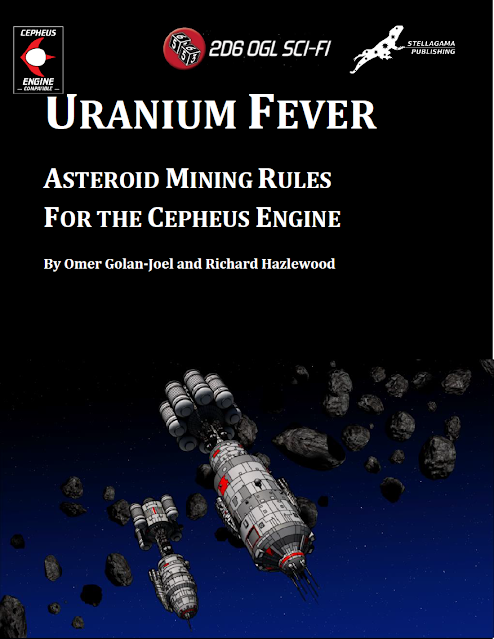 Needless to say the bear trap so to speak is causing all kinds of caution within the players. The players want to check out the wrecks to make sure that there are no pirates lurking within them. Or within the shadow of the wrecks orbit.
And that' when the pirates began their attack! But these are not your typical pirates! These are a couple of  space swimmers from the Dark Conspiracy rpg's Dark Tek book! These things uncouple themselves from the asteroids & make their way towards the Hartford! All hands on deck to repel the bastards! 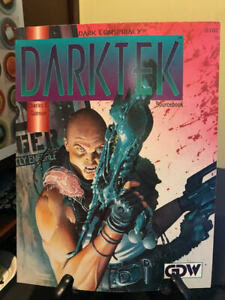