"Every DM & Player hold certain adventures in the realm of “favorites”. Ravenloft, Secret of Bonehill, Against the Cult of the Reptile God…etc. The unfortunate side effect though was we all learned them to a point where we just knew what was coming next. Whether treasures, traps, or secrets - most players will remember something no matter how hard they try role play around it. Never willing to give up a favorite the CLASSIC MODULE TWIST UP, (CMTU), series seeks to promote these classics by expanding or changing certain portions of the adventure without putting out materials that would violate copyright or allow the adventure to be played without at least knowledge of the original source material." 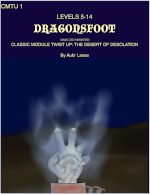 So reads the introductions for one of the lastest AD&D free downloads that I came across on Dragon's foot's site here.  Auhr Lanse's latest OSR efforts have produced an adventure variation on the Desert of Desolation super module. This thing is a beast at two hundred & five pages of free down load & supermodule twist up. What this beast does is completely take the Pharaoh, Oasis of the White Palm, and Lost Tomb of Martek then turns the adventure plots  on their  collective ear.  For those of you who don't know about the Desert of Desolation series's history here's the wiki entry breakdown; "Desert of Desolation is a compilation adventure module published by TSR for the Dungeons & Dragons (D&D) fantasy roleplaying game. It combines three previously published individual modules: Pharaoh, Oasis of the White Palm, and Lost Tomb of Martek. The modules were made for use with the first edition Advanced Dungeons & Dragons (AD&D) rules. Pharaoh was created by Tracy and Laura Hickman soon after the couple married in 1977, and published by TSR in 1982. Oasis of the White Palm was a collaboration between Tracy Hickman and Philip Meyers, and Hickman wrote the Lost Tomb of Martek on his own; both were printed in 1983." All of these were collected into a super module back in Eighty Seven & there's lots of revisions; "The compilation module Desert of Desolation was printed in 1987.[12] The compilation features a cover by Keith Parkinson.[7]:101 It is a revision of the I3, I4, and I5 AD&D game modules, with additional design and revision by Peter Rice and William John Wheeler.[13] Wheeler attempted to expand on the originals, without altering their tone.[14] The adventures in Desert of Desolation are designed for a 5th-10th level party and have been reworked to fit into the Forgotten Realms setting, and the material was made compatible with the Wilderness Survival Guide rules.[3] In the revision, the designers added additional background material, as well as staging tips for the Dungeon Master.[13] The details of various elements that had been open-ended elements were spelled out.[14] Desert of Desolation includes a 128-page adventure booklet, a sixteen-page maps booklet, and a large A1 sheet of maps and handouts.[3] The compilation module contains new maps, including an isometric map of the tomb of Amun-Re.[13] The revision also introduces ancient inscriptions for the players to decipher" 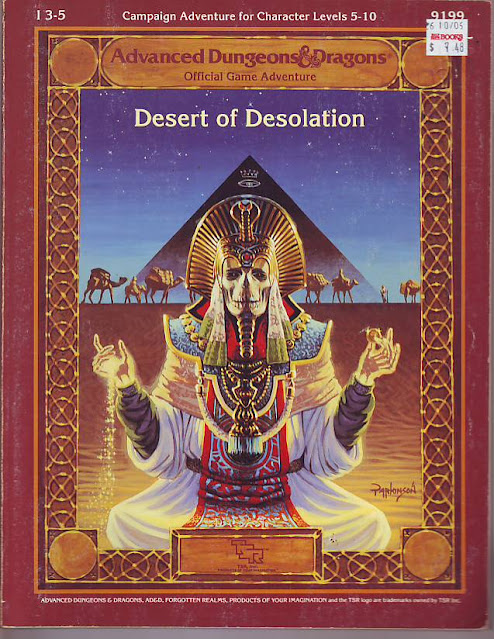 The author & designer goes through this same history but makes changes so that CMTU1 will work in ether Greyhawk or Forgotten Realms ; "When they were brought into the TSR lineup they were placed in the “I” series that included I1 Dwellers of the Forbidden City and I2 Tomb of the Lizard King. Both of these were in the Greyhawk Realms so most gamers of the time placed the three modules in The Bright Desert or Sea of Ash. In 1987 the series were put into The Desert of Desolation, (DOD), and placed in The Forgotten Realms. In the CMTU 1 several changes were made with hopes of adding new twists without taking away from the original adventure. CMTU1 will follow The DOD chapters listing the changes to be added and what areas to place them. As no part of The DOD were be placed in CMTU1 it is up to the DM to go through The DOD module prior to game play to make whatever notes or adjustments are needed"
There are quite a few changes that Auhr Lanse's has made to the Desert of Desolation modules including theology, population density, placement of peoples & monsters, additional content, changes to adventure elements, etc. This twist up is gonna take months or years to play through & that's a good thing. Because it takes I3-5 in whole other directions. 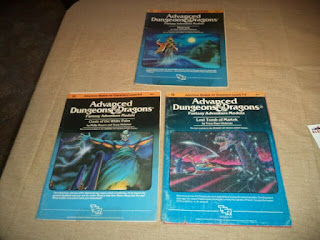 This makes Classic Module Twist Up #1: The Desert of Desolation  really worth the download in my opinion. And it takes the whole cloth direction of the NPC ghost of a long-dead Pharaoh in a whole other direction. We are not talking light weight adventure element but whole cloth new adventure path, NPC motivation, and more. Classic Module Twist Up #1: The Desert of Desolation is a complete campaign unto itself as long as the DM has the classic modules or the super module he or she is read to play. But you are literally talking almost years of play here.
But is Classic Module Twist Up #1: The Desert of Desolation  good & worth the download?! For what it the CMTU1 does? Oh yes! This free download breaths new life into the classic line of modules & really messes with the expectations of old school players who have played through this classic module series.  With the recent release of Castles & Crusades Egpyptian line of mythus modules & supplements I can totally see using this module twist up easily with C&C. 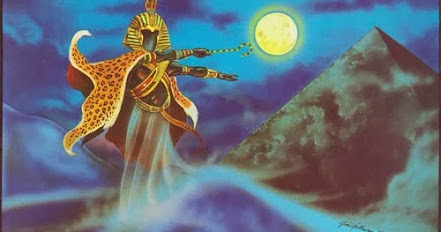