Alright several weeks ago before the current Sword & Sorcery run that we've been on at the table top level. Things got pretty interesting before DM Steve's schedule with work fractured our current campaign. So its been a bit of mad scramble to get back on track but last night a phone call proved quite good with him feed us some Sword & Planet notes.  His proposel was simple use Astonishing Swordsmen & Sorcerers of Hyperborea rpg as the basis for an OSR  Sword & Science Fantasy campaign set up. The idea here is that millions of years in the future. This picks right up where yesterday's blog entry ended. Steve's idea here is that we draw some inspiration from Michael Moorcock's 'Kane of Old Mars' stories. The Kane series is a homage to Edgar Rice Burrough's Barsoom stories; "Michael Kane is the principal character, a Vietnam veteran that goes into physics and ends up on Mars during one of his experiments. He tells the author of the book his tales of adventure and the life he made on Mars. Typical of Moorcock's Eternal Champion stories, Moorcock's hero is a philosophical man who hates war (except Elric), but is good at it when he needs to be. Through Kane, Moorcock speaks of how fear affects us and causes us to do the wrong thing (kill, hate, etc.). Kane tries his best to remedy that with logic and compassion." All of the above comes from Michael H. Weekley Amazon review on Kane of Old Mars 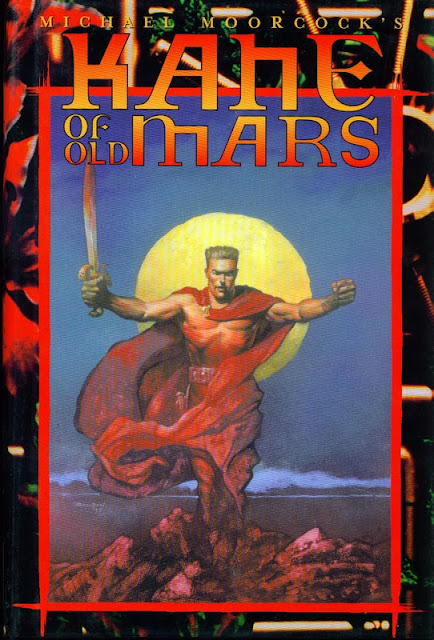 So using this as a campaign basis we need to expand the classes of AS&SH to really give the  an OSR  Sword & Science Fantasy campaign set up push. So using two other OSR rpg sources DM Steve feels confident that it can work. Source one is BX Mars which is beautifully done Michael Gibbons artwork, rpg design, etc. And really this is a whole cloth campaign unto itself. 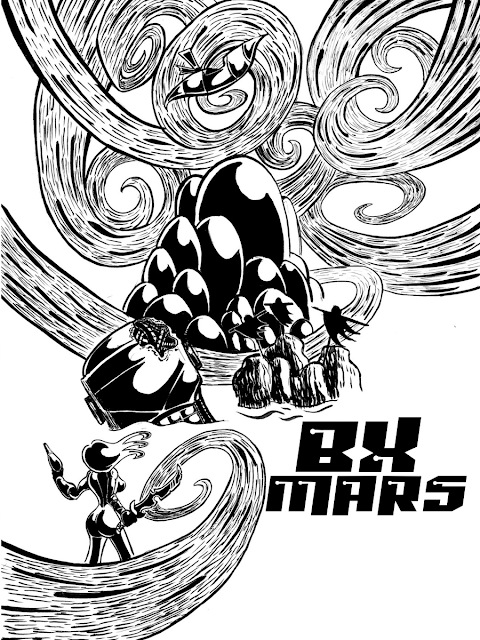 OSR source two is Warriors of the Red Planet rpg by Night Owl Workshop  this adds in a psionic system class to our game campaign set up. We could stop there but there's even more coming up. We need a basic adventure to kick off the Sword & Science Fantasy campaign. So what we're going for is full on 'Conan on Mars' feel here. Beyond Belief Games has Jarkoon - The Princess and the Green Men. This is a clocked in ten page, easy to run 1st level adventure, with the machinations of the Green Men all dialed in. For contrast Doc's Warriors of Mars from Jason Vey's Grey Elf site is a classic. 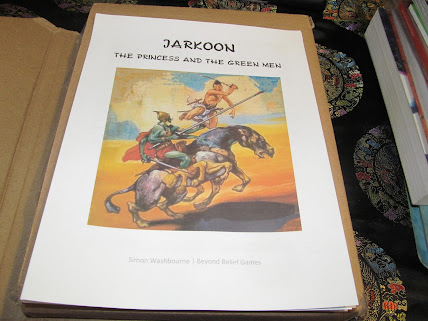 So if you want to run your AS&SH party of adventurers within an old  solar system style adventure upon another planet with a Barsoomian flare without the copyright violation issues. This is one way. But if you want to expand this beyond into the intersellar bounds then Beyond Belief Games has you covered with Space Adventures X. 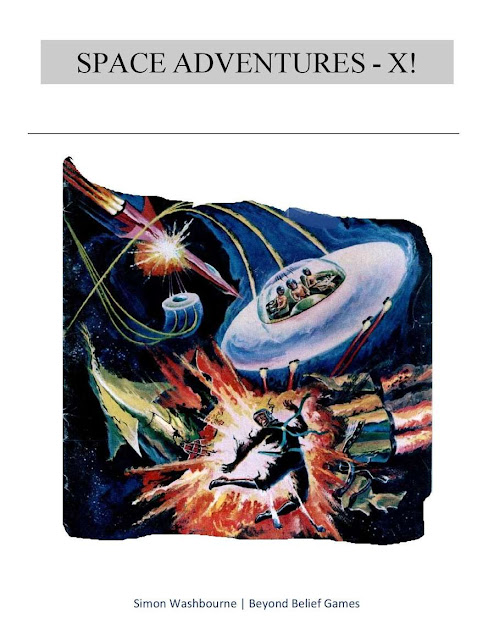 From here if you want to dive back into a whole cloth urban adventure in the streets of Hypborea's capital City-State of Khromarium before heading into the wilds of space millions of years in the future. Lankhmar: City of Adventure for Second Edition Advanced Dungeons & Dragons works quite nicely as a Khromarium stand in. 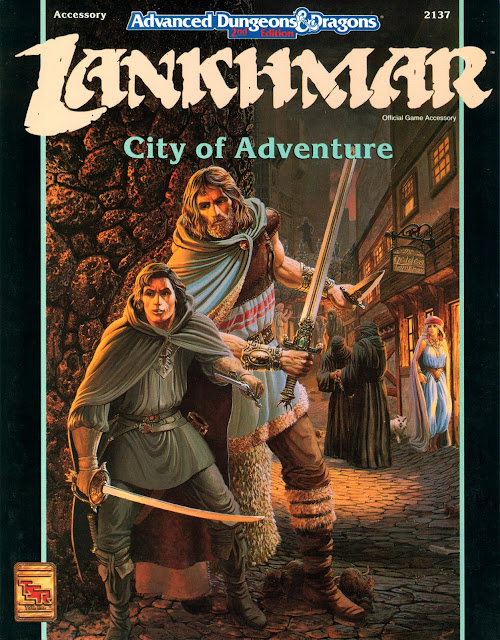 'Kane of Old Mars' is another of Moorcock's phisophical eternal champions & its interesting how he stands in stark contrast the violence of Bar erm Mars around him. Out of the eternal champions he's one of the most compassionate & yet complicated of the incarnations of the eternal champions. Could the PC's be used to tie up a ton of the loose ends of 'Kane of Old Mars'?! Its a strong possibility as a Mars campaign bridge gap.
As far as this being Mars for this run of AS&SH?! We think not. The popular consense is that this is another worldlet with this solar system. Tomorrow we dive into other applications of this campaign frame up.