"Hyboria, in Northern Brun is one of the least known areas of Mystara and there is very little information available in more-or-less official accessories or on the web.  The Hyboria Gazetteer By Omnibius covers the vast stretch of icy Sword & Sorcery wasteland & its environs. " 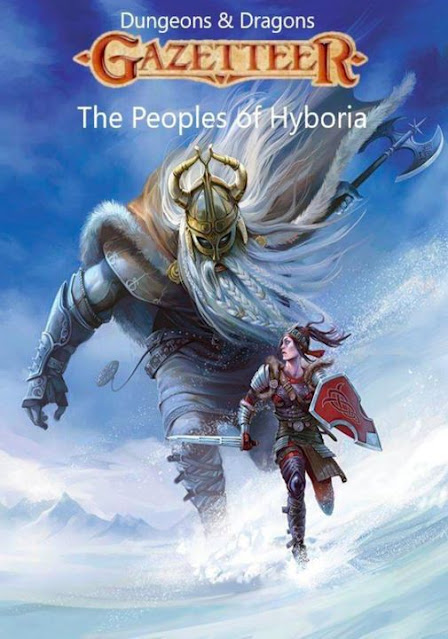 Sometimes one finds Sword & Sorcery goodness in some most unexpected places. Case in point tonight we stumbled upon a Free English translation of the Italian fans of Mystara's Hyboria region on the Piazza website & forum. So tonight between game sessions the printer was going burr getting this lovely piece of Mystara goodness into our greedy little hands. 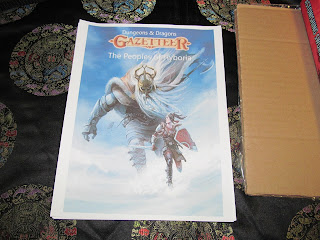 Now I can already hear the bitching. What another Gazetter guide book for Mystara?! And its a fan one!? Who cares?! We'll lots of folks actually care & this section of Mystara is almost unknown outside of many of the Mystara fan forums. The Hyboria Gazetteer clocks in at twenty pages of crammed regional goodness information with several key sources of information drawn into its sections. The whole cloth book feels very professionally done, with some solid cartography, goodlay out & some smoking sections of Mystara goodness. 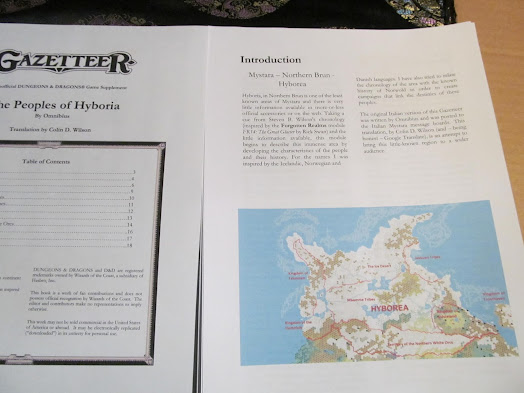 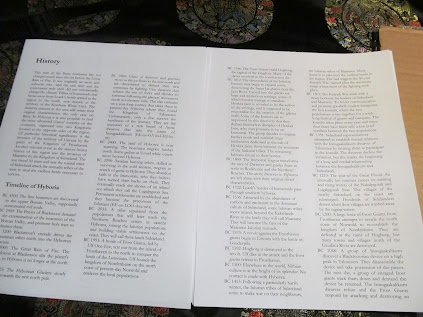 Everything is provided for the DM wanting to use the Hyboria region within their own game of Dungeons & Dragons including several adventure hooks with each section. Each of the regions detailed has the loving attention that they deserve within the pages of this book. 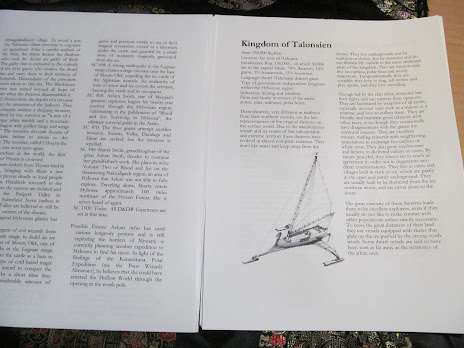 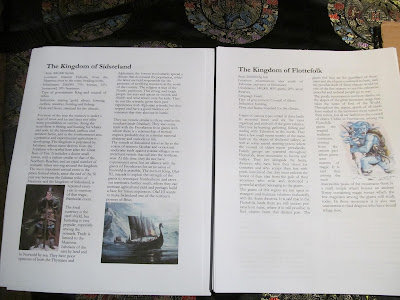 You've got each of the regions of Hyboria broked down & explained including how these regions interact, make war, devide the burden of this area among the clans & families and much more. In twenty pages you get just about everything you need to start adventuring within Hyboria.