Over the weekend there's been a rash of interest in our  Godbound/Cha'alt campaign that's been on going for the past two years. And to a certain degree there's been movement on a faction that wasn't expected & that's the Greco Roman version of Sebek. This version of the god appeared in Imagine issue#16 back in July of '85. Why do I say Greco Roman?! Because of the fact that ancient city of Alexandria had a thriving worship in many of the Egyptians gods with a Greek & later Roman spin on them. 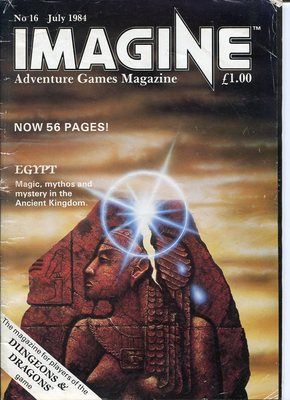 In the article 'Ancient Egypt A Brief Survey' By Graeme Davis we are introduced to a rather interesting & rather nasty version of the Egyptian god Sebek with a Neutral Evil dispostion. But wait I thought this game was taking place in Arizona, Nevada, California, etc. According to Mummies.com there was an exposition in California in  1884 and this was the source of one of the past lives of a Godbound cleric within our campaign. The other source?! Imagine magazine issue #16 July Eighty five. And this also relates to the source of some of the cleric's spells which are modified versions of the 'Magic of Ancient Egypt' by Rod Stevenson. 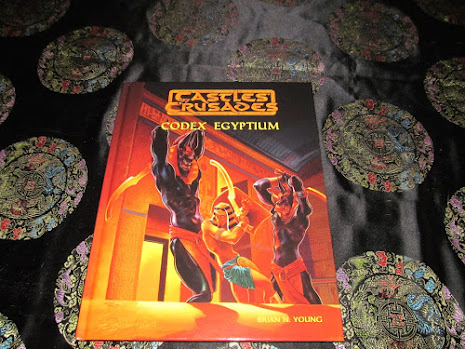 But wait you've got a copy of Castles & Crusades's  Codex Egyptium?! Simply put this was player preference & she wanted her Godbound to be a bit different from our other Egyptian wizard. So with a bit of Eighty five sly flourish Constaince Keely daughter of Sebek  was born into our campaign. She's in dire opposition to our godbound wizard. Three museums are up for plundering by the forces of Cha'alt to destroy the mummies of three very important scribes who know the secrets of summoning some very ancient gods back to Earth.
Our cleric of Sebek ate one of the ministers of Cha'alt's main corporations literally. Now its a race to the museum to see if they can save the mummies of these priests.
Posted by Needles at 11:15 AM