Coffee, Tea, or Elric of Melnibone By Michael Moorcock - Some Quick Sword & Sorcery Thoughts on The Elric the NPC

"Elric of Melnibone, an albino prince, travels in the Ship Which Sails Over Land and Sea to the city of Dhoz-Kam, through the Shade Gate to the Pulsing Cavern where the magic swords Stormbringer and Mournblade await him" 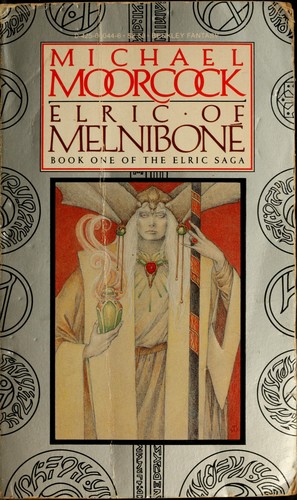 Written in Seventy two when I was but a wee lad of two, by Michael Moorcock Elric of Melniboné. This was one of my bed time stories when my dad got back from
to. There's something about Elric's situation which just goes from bad to worse that seems more akin to how Sword & Sorcery sometimes plays out. Moorcock's writing is at his best here someplace between 70's Rock & Roll & the Pulps. In other words the majority of Elric's saga is lightning in a bottle. It will not come again. Why because Elric isn't really a likeable guy but does he deserve the part he plays in the saga of the multiverse?! Yes & no.. 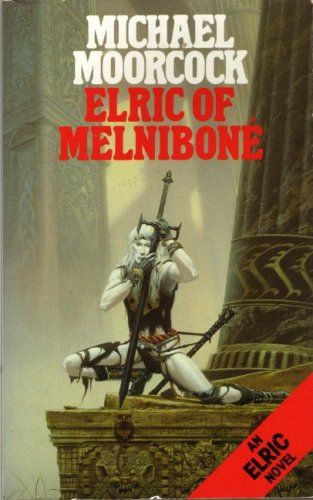 Yes & no, the consequences he unleashes to stop his cousin ultimately doom all of reality to the cosmic cycle of things when Law & Chaos come calling. Chaos itself is ultimately a force of evil unto itself that people are only far too willing to play with. Magick itself is power. That unto itself is dangerous & nothing about the Elric saga is safe. And its that danger that propels the saga forward in a way. The older I'm getting Elric is not an NPC that should ever really be encountered! Every place he goes gods, evil, & destruction follow in his wake. 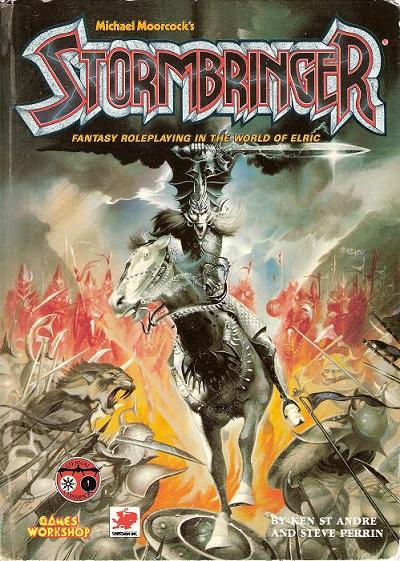 Recently the group of players that I'm with have been tossing the Stormbringer rpg back & forth. And talking about the fact that Elric isn't really an NPC that they'd want to run into. And in point of fact he might be a danger on level with the Jammers in The Design Mechanism's Luther Arkwright rpg. 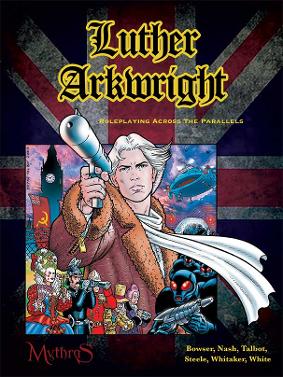 This was a topic of conversation over coffee & tea today with some friends. How would you get rid of Elric & co. if they blundered into your world?! He's got the attention of the chaos gods & elemental lords on his side?! Not to mention a god killer & soul sword at his side in the form of Stormbringer. 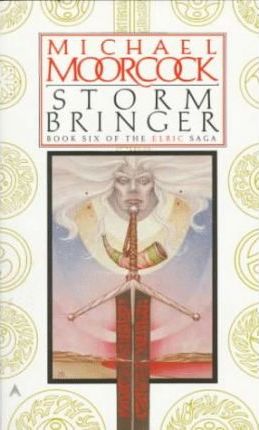 If Elric shows up on your back doorstep in Advanced Dungeons & Dragons first edition your campaign is  in major trouble. Elric is a mercenary & antihero of the highest order & no where is this more evident then in the recent Titan comics releases of the graphic novels. Elric's appearance in AD&D first edition's Deities & Demigods gives a good overview of the NPC. 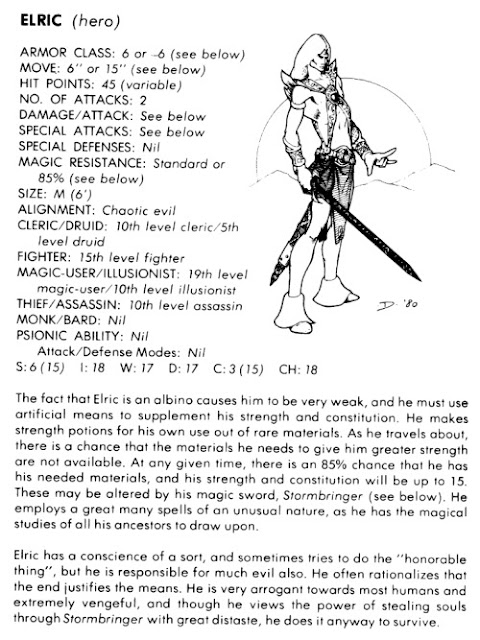 Make no mistake he really is Chaotic Evil in every sense of the word after a quick re read of Elric of Melnibone By Michael Moorcock. We used to run or clean up after Elric would show up in my uncle's Stormbringer rpg campaign. But how the Hell do you get rid of Elric? What happens if the anti hero is actually the real villain after all?!