As was said last blog entry there's something very distinctive about Michael Moorcocks's Kane of Old Mars series. The Michael Moorcock, Kane of Old Mars (Warriors of Mars/Blades of Mars/Barbarians of Mars) (Lancer, 1965) books are a homage to Edgar Rice Burroughs Barsoom books. But they have a very distinctive flavor because the war between Law & Chaos on Mars is far closer to the fight between Entropy & Order. Kane of Old Mars in my opinion is close to the tone to the Leigh Brackett's Mars tales. The rich tapestry of  ancient order of Mars  veruss the newer races of Earth's  tribalism & colonization within Bracett's tales contrasts against the battle of Law & Chaos. Moorcock's Mars is a rich painted landscape of ancient brooding Mars contasted against the soul of the eternal champanion warrior Kane. 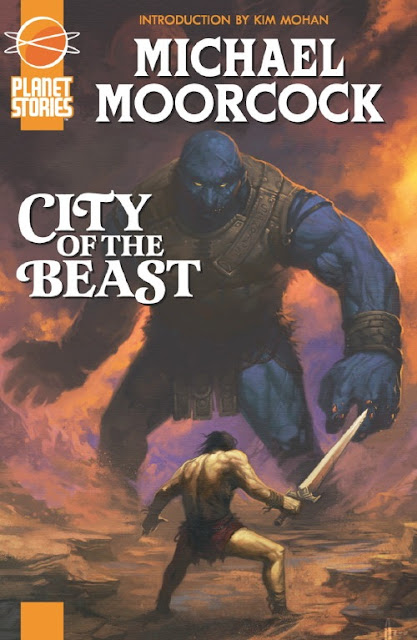 Both of these author's takes on Mars contrasts with the Martian tales of Clark Aston Smith. Smith's Mars is a brood pile of wastelands were human interlopers are out matched by ancient horrors. Which is the true Mars?! All of em folks. Because these ancient horrors lurk at the very edges of the rpg that draws distinctly from Clark Ashton Smith. Astonishing Swordsmen & Sorcerers of Hyperborea definitely drinks deeply from the veins of Clark Aston Smith & Michael Moorcock. 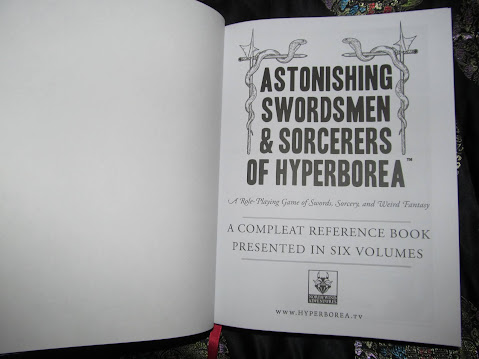 In terms of the OSR adventures that combined these alien elements  into a truly weird & alien mix. Lamentations of the Flame Princess Barbarians of Orange Boiling Seas does an excellent job of combining the effects of explorers & ancient Barsoomian like cultures clashing. Again it has that distinctive LoFP flavor but Barbarians will work with AS&SH as a further expansion module.
Zzarchov Kowolski is up to his usual standards of adventure design. 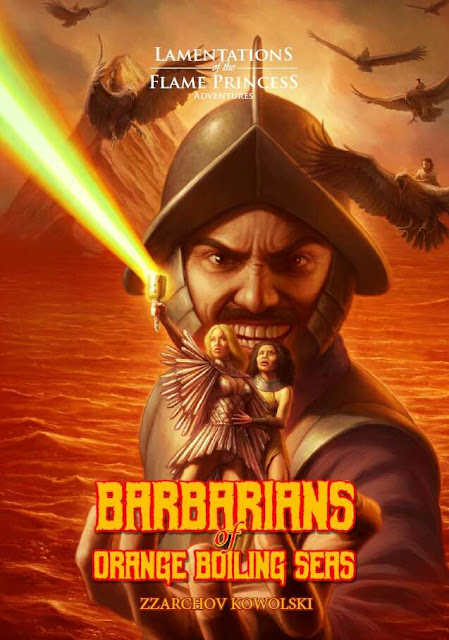 What does any of this have to do with the ideas of AS&SH's Hyperborea?! Quite a bit besides the ever present science fantasy artifacts another time. The clash of the Law of society & the Chaos of barbarianism. The same theme we see over & over again in Edgar Rice Burroughs writing even though its not smacking the reader in the face in the Barsoom books. Once again in Brackett's work we have an artifact sword that represents far more then it seems. In Bracket's Sword of Rhiannon we find an artifact that transports those that hold it back to the days of ancient Mars. A tribal Mars where the warfare is far more real & dangerous then even the reader knows. This is a Mars with ancient gods, powerful magicks, & battles as old as Lovecraftian time where humans  & Martians are the 'johnny come latelies'. 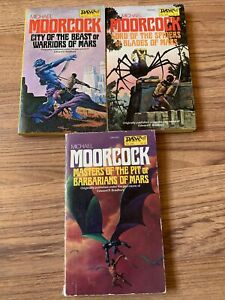 Brackett, Moorcock, Clark Ashton Smith, & even Clark Ashton Smith's Mars contrast with one another but could be one in the same planet. And they are within this OSR science fantasy campaign we're cooking up. Its been a campaign described as Conan on Mars. And in some cases this is correct. But what makes it is the Law Vs Chaos aspect of Moorcock's Kane of Old Mars. The idea lurking just over the threshold of a very alien Mars with ancient gods lurking just on the fringes of the literature.
These very elements are lurking within Beyond Belief Game's Jarkoon - Adventures on Planet X! which pick up on & dive deeper into the other planetary adventures ideals we talked about last blog entry.
We'll explore further how all of this fits together as one whole cohesive campaign setting coming up on the blog 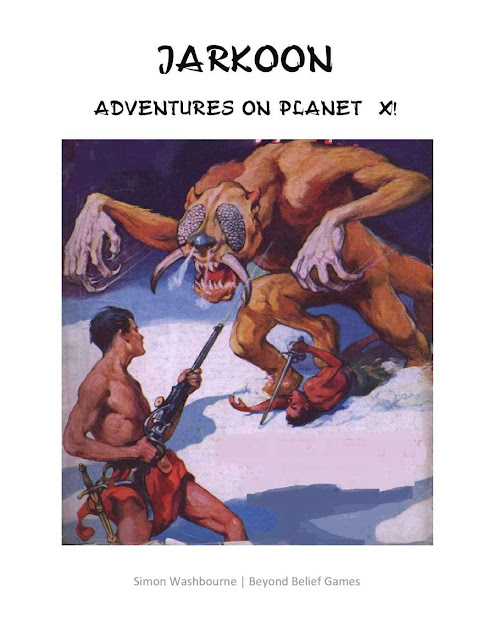