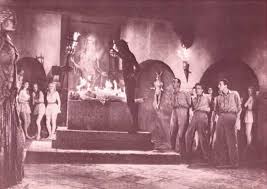 Today was the second round robin of my Star Ships and Space Men Second edition game. Basically I've had a bunch of my friend Larry's players dealing with the loss of a player for a couple of afternoons this week. The request has been for a fast, easy, and all around game that we can play over soda and chips. So I'm taking the "Mystery Science Theater" approach to the game. A series of games based on some God awful science fiction films of the 50s.

The Plot according to Wiki :
The story involves the discovery of signs of life on the 13th moon of Jupiter (which, in real life, wasn't discovered until 1974) and the sending of a crew of five British, chain-smoking male astronauts, armed with handguns, to investigate. On the moon, they rescue Hestia, a beautiful girl, who is being attacked by a monster. They subsequently discover New Atlantis, a dying civilization, a colony of the original Atlantis. There are only seventeen people left, all women save for a single middle-aged man, Prasus, the girls' "father" (presumably adoptive). Prasus hopes the spacemen will stay and help him destroy the monster, "the man with the head of a beast". Duessa, the leader of the women, determines to hold them captive to use as mates. The monster lurks outside the city's walls, but breaks into the city and kills Prasus along with several of the women, including Duessa. It is killed by the earthmen, and the remaining women decide to let them return to earth. Hestia returns with them, and the astronauts promise to send spaceships back to rescue the rest.
The film featured a creature (given no actual name in the film), a male hominid around six feet tall from Jupiter's 13th moon. Described in the movie as a "man with the head of a beast", the creature is slender, with dark, pitted skin and is impervious to bullets. The anonymous actor playing it wears dark, tight-fitting clothing with clearly visible zippers 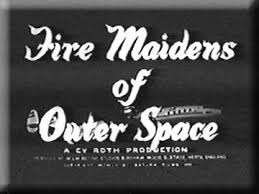 The Crew of the Atomic Rocket #17 goes in search of the colony of "New Atlantis" which were reported by the previous expedition on the 13th moon of Jupiter.
The astronauts were in hyper-sleep for over nine years.

This adventure too place very early in the exploration of the solar system right after the great Atomic Wars. The atomic drives weren't quite perfected and surplus equipment was issued.

The crew of adventurers finds several colonies upon the planet of not only New Atlantis but several rival groups of fire maidens and some white lotus eater slaves not to mention their Greek/Roman style civilizations. 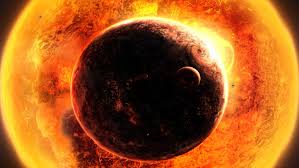 Whole outfit was spread out in an artificially created biosphere that was equal parts underground mega-dungeon colony and terraformed psychic telekinetic sphere.

The PC's first encounter with the Fire Maidens lead the group to original group that belonged to Prasus. This group had advanced some what due to the infusion of several FireMaidens bearing Jovian/Human hybrid children. This group still worshiped the God of Sun and kept his laws. They were blessed with several artifacts of Atlan technology and kept quietly advancing.

The party decided to stay with Prasus group and share with them the secrets of the Atomic Drive system in exchange for several artifacts and the chance to delve into the Fire Maiden's Mega dungeon under the palace temple.

As long as the PCs kept the laws of the God of the Sun then they would be allowed to stay. There were several new wrinkles to the situation since the last expedition from Earth.

The Fire Maidens were still interested in exchanging several of their number for Earthmen. The gene pool was in desperate need of fresh material but there was also a new split from the normal clan. These maidens embraced the god of the underworld Hades.

Because of the influx of culture from the Earth. This clan viewed Prasus group as having failed in their calling as the true inheritors of Atlantis and the Altan peoples. These Fire Maidens had gone so far as to activate the forbidden clone banks and breed a new group of "Men with the heads of beasts". These actions were forbidden under the law of the god of the sun. The Priestesses of Hades had breed these monsters and released them into the tunnels that crisscrossed the underground world that ran between the two colonies.

These mad bastards would destroy anyone who crossed their paths and seemed instinctively to be drawn to caches of artifacts hidden in the underground world.
THe PCs have just descended into the Moon's underworld when we ended the game.
"Men With The Heads of Beasts"


Movement: 120' (40')
Intelligence: Average To Low
Psionic Potential: 2d4, inactive
Hits: 3d8
Armor: -3
Combat Skill: 14
Save: L3
Attacks: 3 (2 claws, bite)
Damage: By weapon or 1d3/1d3/1d6
Morale: 10
XP: 65
The Men With Heads of Beasts are actually the mutated clones of the original survivors of Atlans horribly mutated through the long centuries by degneration and selective breeding for savagery. These monsters rule their megadungeon underground world with a combination of brutal aggression and sheer violence.
For every 2d4 Beasts there my be a throw back who will be the same stats for a modern man. These creatures act as leaders and fonts of intelligence. These beings will always be armed with a blaster and a number of artifacts. They will lead their kind to victory and not back down at all.

The Keepers of the Eternal Flame


These warrior women see themselves as the "True" Firemaidens and have embraced many of the Atlan technology of their ancestors. These ladies serve the god Hades and have moved into the ruins/palace temple containing the original clone banks of the colonies. These ladies will be armed with blasters and machine guns there are 12 of them at the moment. They worship Hades with the abandoned of witches possessed. Though they have no true magic per say they do have access to Jovian super science making them all the more dangerous.
There will be 1d3 White Lotus  Slaves accompanying any group encountered. These poor wretches are former space travelers now mere shells of themselves. They can do little except follow the simplest of orders

Encountered: 2d4 (5d10)
Movement: 120' (40')
Intelligence: Average To High
Psionic Potential: 3d4,  active or inactive
Hits: 1d8
Armor: -1
Combat Skill: 12
Save: L2
Attacks:  1
Damage: By weapon
Morale: 8
XP: 10,+3 per psi power
The last remains of the New Atlantis colony these ladies have taken several miracle drugs to ensure their continuing longevity and youth. They feel that they are blessed by the God of the Sun. These ladies have recently begun returning to the forgotten ways of their ancestors and several have given birth to human hybrids. These ladies are well on the way to establishing a new Jovian colony. That is if the Keepers of the Flame don't wipe them out. The secrets of the Atomic Drive should allow them to continue on the road of evolution where they were stalled at the side.

They are lead by their "Father/guardian" Praus who is the only male. It is unknown if he is a former spacer adopted by the ladies or an ancient Atlantian survivor. He will not speak of such things


The Megadungeons of The Fire Maidens 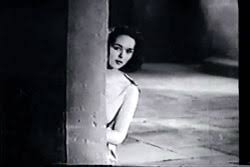 There are at least 200 miles of ruins that criss cross the surface of the moon. These ruins are all that remains of the lost Atlantis colony. There are several varieties of clone spiders and many other mutant future style mutated species just waiting for adventurers not to mention the under world running between the two palace temple complexes. These are the domains of the "Men with the Heads of Beasts. There are miles of underground passageways that wind themselves through the moon. There are rumors of alien machines that are still running to this day. Alien power plants and robotic units of alien and strange design just waiting for owners who may never coming again.
Posted by Needles at 11:57 PM