Perhaps one of my all time favorites by a fantastic team of old schoolers who know quality! Another great kickstarter of this infamous game of dungeon delving\! Please take a look at this great old school game.
According to the Kick starter page :

When it was first published in 1975, Tunnels & Trolls opened up the role-playing game genre, showing that these games could encompass a multiplicity of ways to make this segment of the game hobby exciting. Today hundreds of diverse RPGs explore every genre, every play style, and serve every player. T&T led the way first.
In the 37 years since then, T&T has seen eight major editions with many accessory adventures and supplements. The game has been published worldwide, including translations into French, German, Spanish, Italian, Japanese, and even Finnish. It had two computer games created for it, and it has influenced other games time and again. A lively fan community shares their love of the game in blogs and forums. Fan publications abound, licensed and approved by the original designer and publisher. Tunnels & Trolls is a solid substantive game that has weathered the years, worldwide, and thrived. 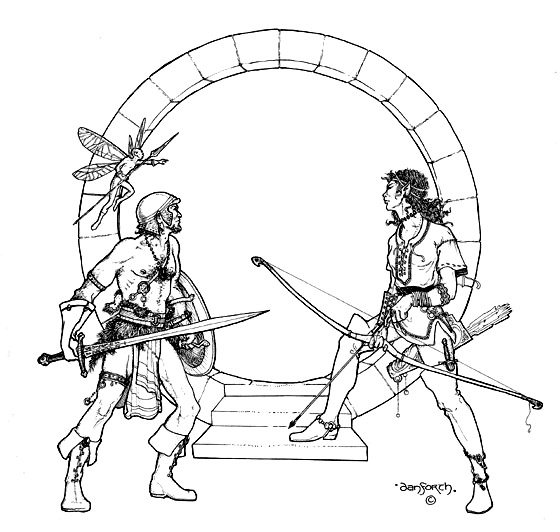 You can read more about this great Kickstarter right over Here
Posted by Needles at 4:49 PM