Journey To The Seventh Planet For Your Old School Space Opera

Making its appearance in 1961 Journey To the Seventh Planet isn't widely known and its a perfect little film to pull from for a science fantasy based game..
The United Nations expediation to Uranus is a great jump off point for the exploration of the Outer planets of our solar system. There's an odd horror element to this film. The film takes place in 2001 during the Explorers program of exploration of our solar system. This is a great jump off point for an X plorers game or a dip into the past of Stars Ships and Space men second edition.

The Plot according to Wiki -

During their journey to the planet an alien presence briefly assumes control of the crew's minds. They awaken safely but notice that an unexplained long period of time has passed by.
Upon landing on Uranus, they find a forested land oddly like our own (rather than the cold, bleak world they were expecting.) This forest is surrounded by a mysterious barrier. One of the crew pushes his arm through the barrier, only to have it frozen.
New features and forms begin to appear each time they are imagined by the crew.A village appears,with girls the crews past.None of the crew really question,how these got there. Soon, however, the crew discover that they have been the victims of mind control by a one-eyed brain living in a cave.There, they are confronted by the "Being," whose mysterious brain cuts to the inner thoughts of the explorers and causes their thoughts to appear as mirages.Uranus is soon filled with a bevy of beautiful girls thought up by the spacemen,to go along with some quicksand, a one-eyed rodent and a really mean giant centipede. The brain plans to possess the astronauts' bodies and have them take it back to Earth where it will implement a plan for global domination.Eric does a little research on the suspected adversary. Okay, he asks Ingrid and she tells him all about the space brain (convenient). Then the explorers turned warriors don their Alaitoc uniforms and make an abortive attempt to kill the lurking monster. You have to understand, the evil presence dwells in a lair outside the forcefield. It is protected by a forest of razor sharp crystals and nightmares dragged directly from the men's subconscious. After deciding that discretion is the better part of valor, Eric and the others flee back to the artificial paradise. Unfortunately, the clumsy commander rips his suit open on a crystal and nearly dies. Now they must find a way to destroy the being before he can carry out his plan The crew finally outwits the supposedly mind-reading creature.

This version of Uranus has razor sharp crystal forests and ancient ruins perfect for a mega dungeon of the Dm's choose. Basically your looking at a Uranian Outpost with two separate sets of ruins.

The Brain Creature of Uranus  For Mutant Future 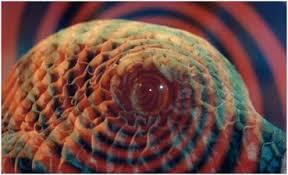 
Hit Dice: 6
Attacks: Special
Damage: Special
Save: F3
Morale: 12
Hoard Class: VII
Mutations
Mental Phantasm
Possession
Phantasmal Force Warping Illusions
Pychic Force Bubble
The Brain from Uranus seems to be a classic Cortella with a higher degree of mastery of psychics. The monster psychologically experiments on the astronauts it finds upon its world. It builds from the memories and dreams of adventurers a safe zone where it can preform its diabolical psychological experiments while feeding on the mental energies of the victim. More information on the monsters can be found on the Savage Afterworld right over Here

The United Nations Explore 12
Crew : 5
Hit Points :30
Armor Class: 7
Drive System -Ion Sublight Pulse Drive
Nuclear Fuel Drive sub system
This vessel was part of the United Nations program of exploration right after the introduction of pre warp technology in 2001. The Explorers class ships were used and still are with a dual drive system for exploring the outer edges of both our solar system and beyond. The ships are still being used today as robot ships tasked with the most basic errands.
The ships feature a two tier deck system and elevators that go between decks. The ship is a model of efficiency and design able to deploy particle collectors for additional fuel consumption and collection during extended FTL journeys. Ships of the explorer class are equipped with modern sleep pods, and limited jump engines. This allows the ship to make four to six jumps before parts must be replaced 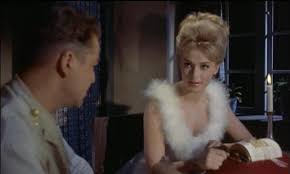