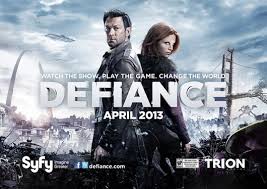 Introduction
Defiance is a post alien invasion/ post apocalyptic western set near Saint Louis some years after Earth has been terraformed by advanced alien technology.
The show revolves around an alien orphan and her veteran father who through a series of circumstances becomes the sheriff of a the town where he grew up.
The show has elements of post apocalypse  a bit of steam punk, and bits and pieces of many science fiction tropes thrown in with an element of Payton Place thrown in for good measure. 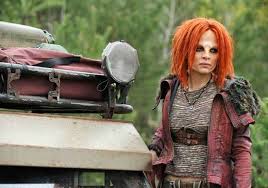 Defiance A Town With Secrets

Now after watching the pilot and the extensive background of this world I've come to some pretty interesting conclusions. Each of the characters is a web of plot hooks meshing with all of the other characters. The aliens are very well done and have extensive background, their own languages, and fully developed back stories.

The push and pull of family vs teen seems to be universal told against the background of the world of this terraformed Earth. There a bunch of  plot lines going in on the background and it seems to be done on purpose by the show's writers. We get alien rites of passage, strange religions, weird technologies, and all kinds of PA goodness in the first three shows. But is it good? Did I mention psychic abilities wrapped up in alien religion? Father & daughter dynamics that seem right out of a John Ford  western? 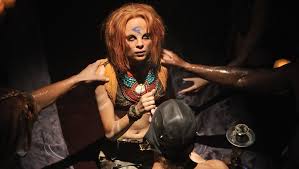 Its interesting to say the least and it keeps me coming back to watch more. So its a seven and a half out of ten.


Defiance As Blue Print For Your OSR 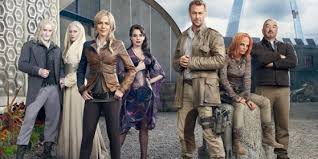 After watching the pilot plus the shows there are two things I'm convinced of. One the show is an excellent blue print of how a Post Apocalyptic campaign can be done well. Two ecology of a campaign can be done with a little quick research and perpetration.
The town of Defiance sits on a the old city of Saint Louis. That's one big mega dungeon of post apocalyptic goodness under the guise of a mine. The ruins of the city were introduced under the guise of the mine as plot point in the opening pilot.
This week's episode also gives away another plot point. Computers and the internet are gone. The technology level seems a mix of nineteen hundreds and science fantasy.
We get a mix of alien and mutant monsters as well as minor NPC's and major ones in the form of the town.
The whole show is a great step by step guide to creating a campaign in any post apocalyptic setting. The most important fact about this town is that each and every character has secrets and plot hooks that relate to the town in some way.
Each is a web of hooks, lines, and sinkers that moves the show or in your case campaign forward.
The video game tie in only covers a very small area of the show and gives further background into the history of Defiance.
Any side adventures in games should do the same. A clear and present tie in to post apocalyptic gaming sets players on edge and moves adventures forward.
I'm going to be watching to see where the show goes from here.