Bred millions of years ago by the serpent men  these terrors beyond time & space haunt the desolate places of the Earth. They are drawn to the foul black magics of their extinct serpent men masters. These giant horrors were created with a patient & deadly intelligence. They instinctively hunt the weakest of prey & seek out areas where necromatic magic has been used. They were used for guarding the fortresses of their ancient masters. An underground burrow is hollowed out closest to these sites & the monster begins its hunting pattern. They begin to consume the prey within their territory. Many times these creatures regenerate spontaneously from their foul remains that have been buried for millions or thousand of years. Shifts in stellar alignments, stray planar energies, & even some ancient curses may call these foul things into existence.

The monsters are incredibly large & dangerous. They have little fear & will attack when the opportunity presents itself. The foul magics that went into their creation & that continue to sustain them allows them to shrug off many spells. Even when damaged physically the monsters may regenerate from mortal wounds by crawling into their lairs & entering into a deathless sleep for 1d20 months. Only then they may emerge fully restored & very hungry.

The foul creatures are drawn to grey & black magic! They may sense the planar energies at 2d6 miles away! They will seek these energies out to either eliminate the source or serve it! Only a magus of strongest wisdom should attempt the subjection of these beasts. They must know the lore of the serpent men very well. Lizards have been known to eat & excrete those who fail to have the mastery to bend them to their will. They're bite is of the most vile poison imaginable! A combination of lethal chemicals that can stop a man's heart. A single nip will cause the following unless saving throw is made. Symptoms of the bite include excruciating pain, edema, and weakness associated with a rapid drop in blood pressure.

It uses its extremely acute sense of smell to locate prey, especially  dragon eggs. Its sense of smell is so keen that it can locate and dig up dragon eggs buried 2 miles deep  in the and accurately follow a trail made by rolling an egg.

Prey may be crushed to death if large or eaten alive if small, swallowed head-first and helped down by muscular contractions and neck flexing. Unusually, after food has been swallowed, the monster immediately resumes tongue flicking and search behavior, probably as a result of a history of finding clumped prey such as eggs and babies in nests 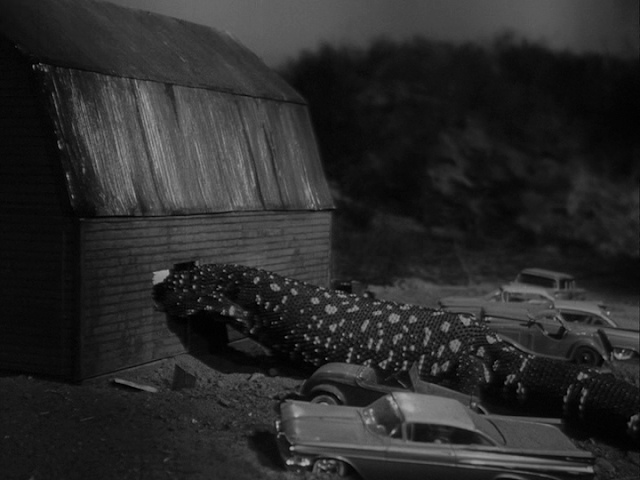 Studded Horror Lizards may be summoned from beyond the realm of death itself if one knows the resting place, has access to the bones of this monster from beyond, & the insanity to call them forth.
They have been known to kill 1d4 victims to create the proper pits of victims themselves for regeneration . These individuals were exceptions not the rule however.
A very dangerous creature of foul serpent man sorcery & chaos of a bygone era. 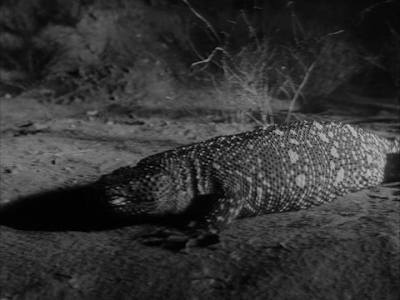