What does this movie have to do with the classic HG Wells book?

Absolutely nothing!
The 1979 version is an old fashion space opera with some great Buck Rogers style special effects & some other Buck Era ties to it more on that in a minute.. 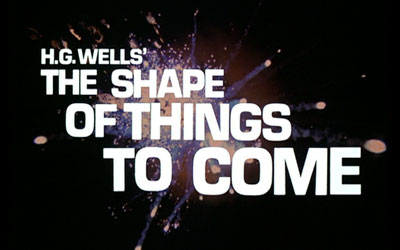 The plot concerns :
Planet Earth is a devastated wasteland, and what's left of humanity has colonized the Moon in domed cities. Humanity's continued survival depends on an anti-radiation drug only available on planet Delta Three, which has been taken over by Omus, a brilliant but mad mechanic who places no value on human life. Omus wants to come to the Moon to rule and intends to attack it by ramming robot-controlled spaceships into the domes. Dr. John Caball, his son Jason, Jason's friend, Kim, and a robot named Sparks embark on Caball's space battlecruiser on an unauthorized mission to Delta Three to stop Omus. 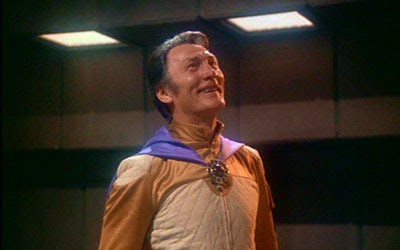 Jack Palace here is great in a so aweful its terrible kind of way .It kind of looked like a 1950's film with a 1970's production design. I think the only parts I liked was the performances by Barry Morse and Jack Palance. I think it would've fared better as an episode or a movie version of Jason of Star Command or perhaps Buck Rogers. 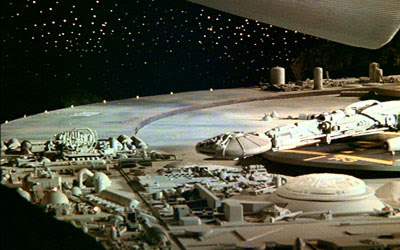 However the fact remains that there are any number of space locations that could be used in a Terminal Space or any old school space opera. 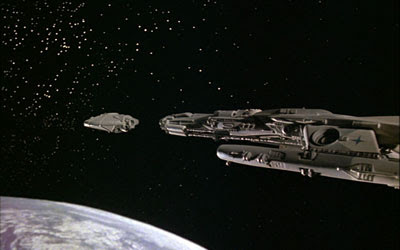 The star ship special effects are pretty good for an old school model effects shot. But what does this have to do with gaming? Well it pretty much means that you can recycle the entire plot into your favorite space opera without any problems at all!
Read more Here

Getting Mileage Out of  The Old School Space Craft 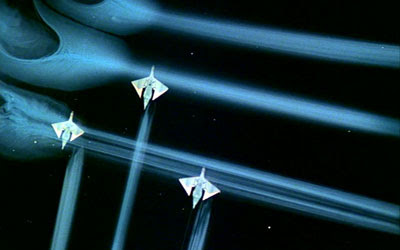 The best thing about the 1979 shape of things to come was the star ships!

Here is a list of the models that were used:
So far, what I can see used:Starstreak:F-15APilgrim ObserverMig-21K-7 Space StationSpace:1999 EagleFreighter:Cylon Raider 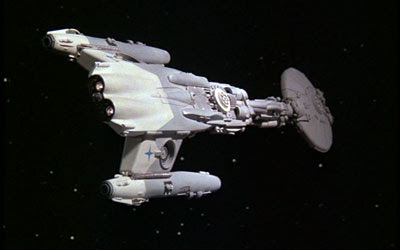 These  freighters were later used in the Battle Star Galactica television series. They can be used once again in any old school interstellar adventure.

The best option for some of these ships is to give them a star gate drive & let the characters go out into the universe to explore or as a gate way from your planet of origin to an adventure location. 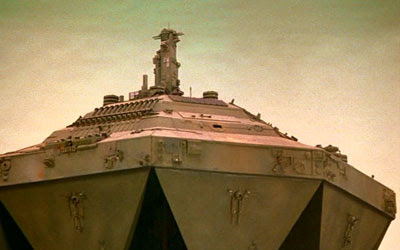 Need a martian mining facility? A location for your evil warlord? A long abandon mining processing plant?
This one is available & very cheap! 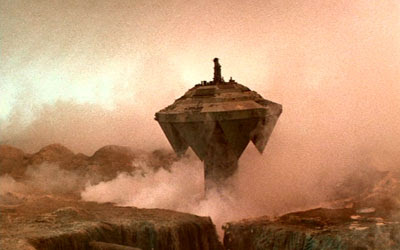 Is The Movie Plot Amicable To An Old School Space Opera? 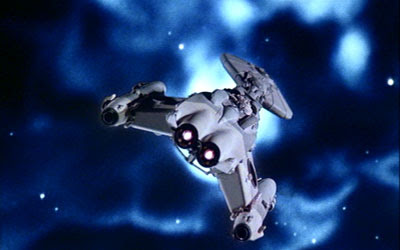 The short answer is yes! Here's a fast summation of the plot from the Space 1970s blog:
It's "the tomorrow after tomorrow," and the planet Earth is a wasteland, devastated during the great robot wars. What's left of humanity has colonized the Moon, living in great in domed cities, including New Washington. Presumably due to lingering radiation poisoning from the wars, mankind's continued survival depends on an anti-radiation drug called "Radic Q-2," which is regularly shipped to the moon from its planet of origin, Delta-3. Unfortunately, Delta-3 - evidently in another solar system entirely - has been taken over by Omus (Jack Palance, who played a similar character on Buck Rogers that same year), a nutjob robot scientist who has ursurped the rule of the legitimate governor, a platinum blonde named Nikki (Carol Lynley, The Poseidon Adventure). Omus remotely crashes a delivery ship into the New Washington dome and informs stately Senator Smedley (John Ireland) that there will be more such "attacks" if the lunar citizens don't cater to the would-be tyrant's will. 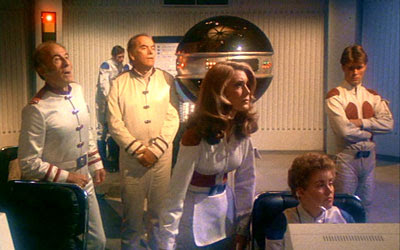 
"Radic Q-2," is a great plot device for a game like Mutant Future or Carcosa. The drug will heal  half of the damage of radiation poisoning in 1d6 turns. It must be taken in regular doses for 1d4 weeks & costs  12 credits per dose.  The mineral used in the production of the drug allows vials of the stuff be stored almost forever. 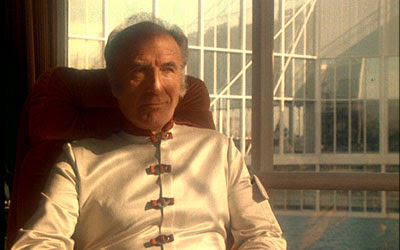 Here we have another blank canvas post apocalyptic worlds. We get absolutely nothing about Earth in this one. Its simply a blank spot in the movie. A clever Dm could stick all kinds of  Mutants, monsters,  madmen, & still have room for  more.
The movie is lame but I don't think its the lamest thing we've seen. The space craft models  would later on be recycled for Buck Rogers In The 25 Century. This is exactly the style of campaign that these & this plot would be perfect for!
For Carcosa this whole movie could provide the fodder for a lost location bearing the incredible cure for alien radiation! For Mutant Future here is another option for the cause of the Apocalypse.
For Labyrinth Lord this is another possible variation on the Blackmoor principle as a jump point for a fantasy world or alternative time track
Terminal Space has the perfect set of space ship generation rules for this game.
The Shape of Things To Come is a great resource for your old school games sort of!!
Posted by Needles at 2:41 PM