' Daylight's End' is one of those lower tier or lower budget films that seems to slip under the radar as the later '00's rolls by. According to the Daylight's End wiki entry; "Daylight's End is a 2016 American action horror film directed by William Kaufman and written by Chad Law. It stars Johnny Strong as a drifter in post-apocalyptic Texas who agrees to help survivors, played by Lance Henriksen, Louis Mandylor, and Hakeem Kae-Kazim, escape to safety. Mixed martial arts fighter Krzysztof Soszynski plays the leader of vampire-like creatures that attempt to kill them."

Also according to the Wiki entry; "The initial conception came from Chad Law, who had submitted a script to Project Greenlight. Shooting mostly took place in Dallas, including the Dallas Municipal Building,[2] and throughout U.S. Route 66 in Texas. Influences include The Road Warrior, Assault on Precinct 13, 28 Days Later, and the novel I Am Legend"

So we went into 'Daylight's End' not expecting much the other night. But we were incredibly surprised at how good this film is. There's a great cast, solid non original plot, and lots of action. Because this was shot mostly out in Texas the film has a very down home post apocalyptic quality about it. And it's incredibly well done for what it is. Why because this film isn't trying to be anything else then what it is. An entertaining popcorn flick with an action outer core. And it's well done. The writing is fast, the dialogue well written, and it wears it's mostly 70's influences on it's sleeves. 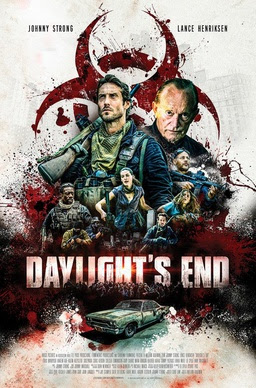 If your going into Daylight's End expecting 'Shakesphere' then you've got the wrong movie. If your expecting an end of the world or apocalyptic film that has a double the butter on the popcorn film then this hits the highnotes.
'Daylight's End' is a very
quick paced & deadly little film that blends the action & monsters in equal measure.
The setting is laid out, the characters find each other, and things move very much along it's track with a few twists.
This film is a great inspiration for a low level Gamma World or Mutant Future rpg adventure or posssibly a start to a mini campaign.
The characters here are former mililtary, cops, SWAT, & survivors. They've all lost people along the way & it shows. The cast of performers is well used and the gore is solidly done.
For my own money Skirmisher Games Wisdom of the Wasteland issue #52 Nanotech undead would be the way to go for either a Mutant Future rpg mini campaign or a Gamma World Halloween romp for 'Daylight's End'. 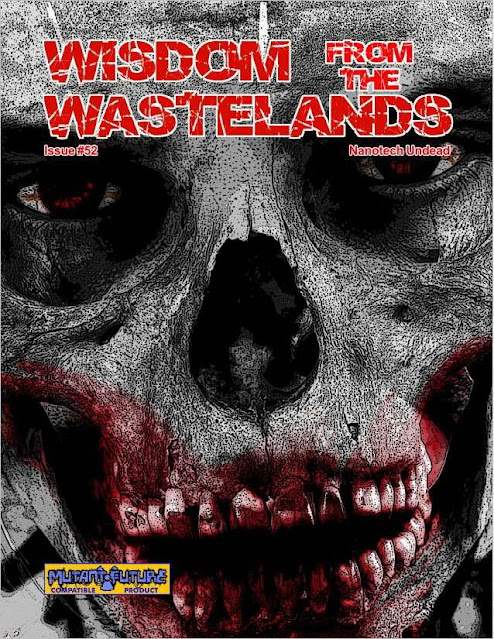 'Daylight's End' takes many of the elements discussed within and throws them into the blender of Eighties horror action films hence it's inspirations. And that's fine because there's enough bones to take it beyond the film's intentions.
And this is also where Kai Pütz a.k.a Gregorius21778's 'Gregorius21778: 20 zombie encounters for the irradiated, weird, post-apocalyptic future' comes in very handy. Because this little pdf is in the same vein as 'Daylight's End' it's a perfect 'jump scare' add on for a mini campaign. 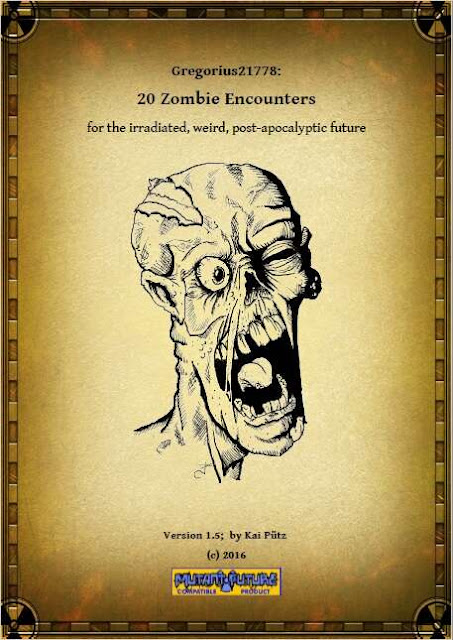 Finally 'Daylight's End' is a perfect inspiration for a Bloat Games 'Survive This' campaign starter! All of the above resources can easily be used with this OSR rpg as well. 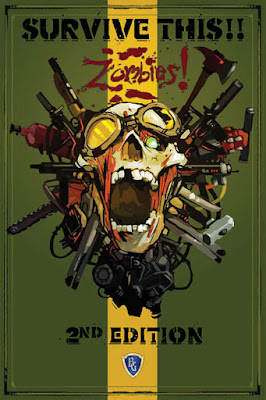 'Daylight's End' hits all of the 'Survive This' high notes including unknown zombie types, weird circumstances, a familar United States location.
Other survivors who may or may not be what they seem. Eighties horror movie style encounters and lots of mayhem all within the confines of a solid little highly underated film.
'Daylight's End takes the usual zombie themes and uses them to excellent effect. This movie doesn't apologize for what it is but instead revels in it.
And this makes 'Daylight's End' an underrated gem in my opinion. It's out to entertain and make the audience scared by it's own admission. There's no high agenda or anything resembling a Disney+ venue. What it does is give us a group of people trying to survive the post apocalyptic world of 'Daylight's End'.
Posted by Needles at 10:55 AM