It takes a certain style of indivdual to be a DM & keep OSR campaigns going. It takes time, energy, & a bit of mania to keep players interested enough. Lately we've been trying to get a Lamentations of the Flame Princess rpg campaign off the ground. Not that there isn't enough interest in such a campaign but between work shedules, family commitments, etc. it's been a bit of a bear. 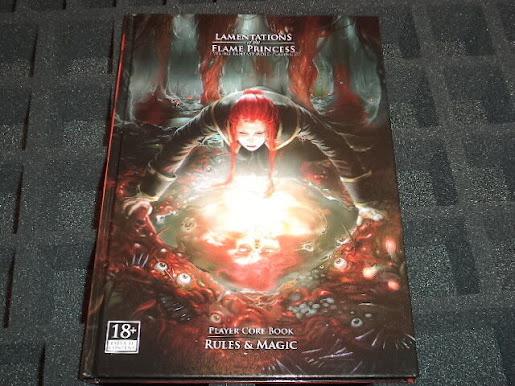 So a friend & myself started to speculate what could be done with the idea of picking up after a Dark Ages period has pasted & the dungeon is now ruins. The Vancian or ritual magick has left a stain on the land & ruins. And this put me in the mind of  White Box : Fantastic Medieval Adventure Game.  by Seattle Hill Games. 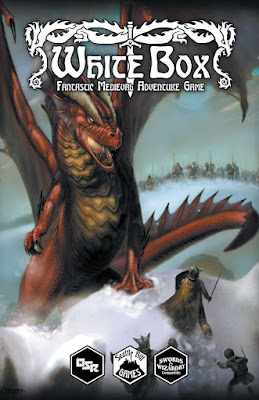 Take the wizard's tower adventure trope & turn it on it's ear. The wizard's tower is long gone by the 1400's century but it's foundations are a toxic waste pit on the land. Monsters & things slither out from the very depths of this place.
Giant Slugs, the remains of ancient warriors (past adventurers), yellow mold, etc. all add to the mystery of the wizard's dungeons or ruins. And yes, I know that Raggi's 'Tower of the Star Gazer' does an excellent job of pimping the wizard's tower adventure trope.
This is different because we're sliding in a dungeon or set of ruins long after the fact. The remains of the past creeping in on the PC's in the middle of the wilderness.
One idea here is that Worgs are actually incharge of the area. Their packs have long served the magus's family & are a legacy of ancient times. The orcs & goblins  are long gone.
Worgs however are highly intelligent and as evil as it gets. According to White Box Fantastic Medival Adventure game's stats: Worgs - Armor Class: 6 [13] Hit Dice: 4 Attacks: Bite Special: None Move: 18 HDE/XP: 4/120 Worgs are large, intelligent, and evil wolves of chaos. They are sometimes ridden by orcs. They may have supernatural origins.
Yeah these definitely have supernatural origins and it give the impression that the orcs & goblins are still there. And that there's treasure left fueling the constant stream of food erm adventurers. The worgs continue to worship the ancient powers of Chaos that was left there.
Add in perhaps D100 Minor Magical Items by 3 toad stools with a Lamentations twist or two for 'treasure' and you're almost ready to go. 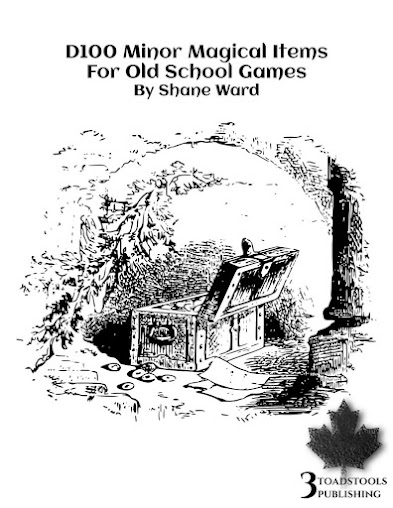 But what about the dungeon itself?! Sigh the ruins need to be drawn out a bit and since time is at a premium today Gregorius21778: Beneath Unhallowed Ground is a perfect little set of ruins to drop in here as the 'dungeon'. 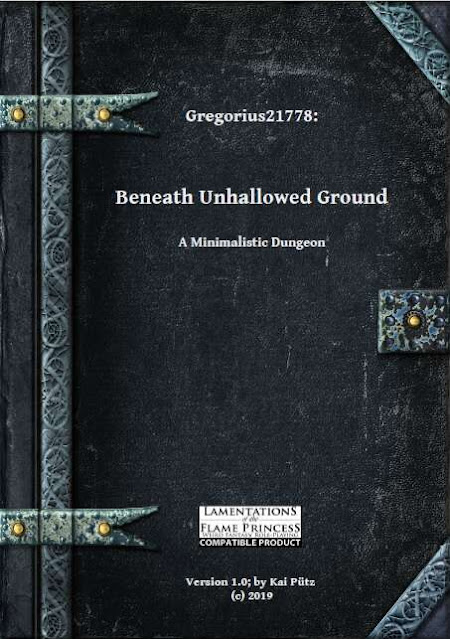 The worgs are actually working for another cult as well offering their services as guardians & lookouts. They scratch out minor maps that a nearby cult can read and they have an empathic connection to the worgs. Gregorius21778: Beneath Unhallowed Ground is a minialist dungeon perfect for the DM on the fly and could act as a stepping stone into a greater part of the LoFP campaign such as LoFP Death, Frost, Doom, or the ever hated around my table 'Womb Cult' By Andrew Marrington.  Last time we did Womb Cult there was a TPK of six people as the cult tore into them & the dice didn't go the player's way. 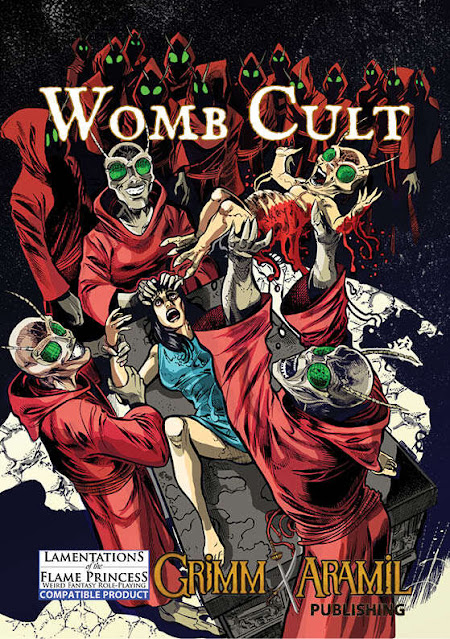