Dragons ruled Cha'alt ages ago, the last couple of weeks Cha'alt has been on my mind again. And it goes back to the fact that the party of Godbound have been disrupting events on Cha'alt. And the Lovecraftian Elven tribesmen have been on the PC's case. This of course is part of my on going Cha'alt/Godbound campaign. 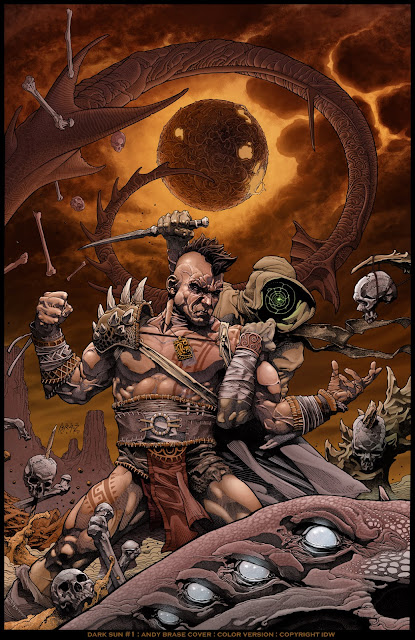 The various Lovecraftian Elven worshipers are being drawn from Adventurer, Conqueror, King's Secrets of the Nethercity by Alexander Marcus & Newton Grant. These elves were originally worshippers of the ancient dragons but these have been corrupted by the demonic desert worms. And these worms have among their cult's ranks the following:the Elven Cultist, Elven Hierophant, Elven Warlord, and Elven Wizard. Part of this campaign's NPCs are going to be drawn from Venger's July 2018 entry here.  And this brings up the PC's saving an ancient dragon priest. And this is going to happen below the streets of the city of A'agrybah. 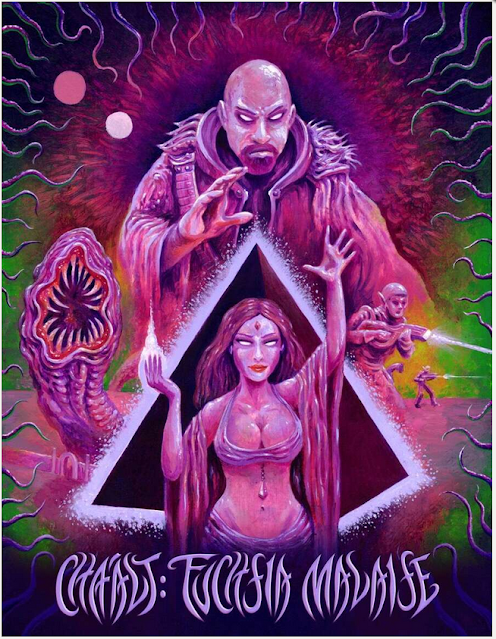 The ancient rivalry of worm cults vs dragon cults results in the facts that players may see full on warfare with lots of forces being called in from the planes that appear in  Jeff Grubb's Manual of the Planes for the Advanced Dungeons & Dragons. This gives Cha'alt an almost but not quite Moorcock Stormbringer feel to it.
The dragons are not going to stand for this & call in the PC's as Godbound to help resolve these issues. The PC's may have to speak with the gods of Cha'alt to help resolve this ancient & dangerous rivalry. This is where  Goblinoid Games Realms of Crawling Chaos is a Cthulhu sent resource. Because it includes lots of artifacts,technologies, etc. that can all be created through the book's random charts.
Cha'alt has a ton of weird Elves that can be used as stand ins for the NPC Lovecraftian worm cult.
The dungeon that we're going to be using is going be two or three randomly created ancient temple complexes.