Throwing together OSR Valusia For An Upcoming OSR Adventure 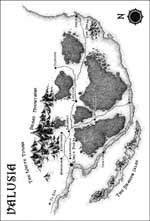 I need a set of barbarian kingdoms for an upcoming game & was looking across some of the maps of  the Dragons foot site. One of these is a free map of Valusia & it sort of looks perfect for a country  of Astonishing Swordsmen & Sorcerers of Hyperborea. Or it couple be used as a Sword & Sorcery kingdom possibly ala Robert E. Howard's Kull. How a version of King Kull's Valusia got to Hyperborea is up to the dungeon master but here's the low down from the Wiki entry;"The kingdom furthest to the west of the Thurian continent.[1] This kingdom was created and initially ruled by the Serpent Men, until they were overthrown by their human slaves. They attempted to control the new human kingdom of Valusia from behind the scenes, using illusionary magic, when mankind's memories of their past encounters faded. However, the Serpent Men were again defeated in a secret war. Finally they created a religion, the Snake Cult, to do the same thing again and almost succeeded. Their power was, however, eventually destroyed by Kull, an Atlantean barbarian who had gained the crown of Valusia by force.[3]

Kull notes, in The Shadow Kingdom, how the Valusia of his time is a fading and degenerate country, "living mostly in dreams of bygone glory, but still a mighty land and the greatest of the Seven Empires". The kingdom is already ancient by his standards: "The hills of Atlantis and Mu were isles of the sea when Valusia was young."

The other maps that caught my imagination is Jim Lassiter's Dragon Castle map - This is a sprawling eight levels edifice with  over 114 rooms/areas. Now I imagine that these castles were built by the serpent men & eventually abandoned on the Dragon Islands during the Thurian age. Dragon castle & Dracolidius Castle are both massive piles filled with the looted
treasures of a dozen lands.  The serpent men have  retreated over the centuries into the vast network of underground tunnels below Valusia. Humans have taken over the land now but are they really in control?! The idea is that Valusia is still the domain of the serpent men & they've never really left at all. This version of the country has been settled by various peoples including the usual assortment of Pict tribes. But this is a land solidly in control of its reptilian masters. 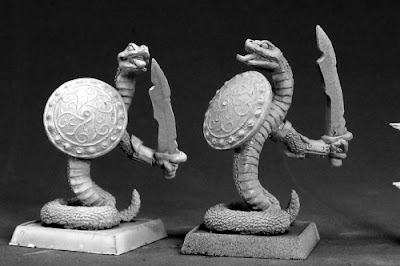 
These serpent men are Lovecraftian bad guys of the highest order, and to get a really good look at some of the interior workings of the their religion I turn to two OSR publications. Now the first is from Mr. Rafael Chandler Obscene Serpent Religion is an Adult title from Neoplastic Press ( a little while back their titles & lines were put on 'pay what you want') which was very generous of him. Now suddenly the dungeon master has the inner workings & mysteries of the serpent men's religion & heinous rites. Want to know what the party of adventurers finds in the ruin location that the serpents have been operating out of? Its all there in gory details, but be careful because this is an Adult title & I don't say that lightly consider yourselves warned. 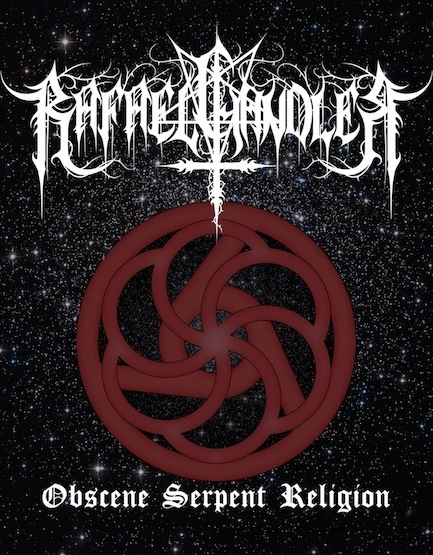 "For as he watched, Tu’s face became strangely dim and unreal; the features mingled and merged in a seemingly impossible manner. Then, like a fading mask of fog, the face suddenly vanished and in its stead gaped and leered a monstrous serpent’s head! “Valka!” gasped Kull, sweat beading his forehead, and again; “Valka!”
Brule leaned forward, face immobile. Yet his glittering eyes mirrored something of Kull’s horror.
“Regain your sword, lord king,” said he. “There are yet deeds to be done.”
Hesitantly Kull set his hand to the hilt. His flesh crawled as he set his foot upon the terror which lay at their feet, and as some jerk of muscular reaction caused the frightful mouth to gape suddenly, he recoiled, weak with nausea. Then, wrathful at himself, he plucked forth his sword and gazed more closely at the nameless thing that had been known as Tu, chief councilor. Save for the reptilian head, the thing was the exact counterpart of a man.
“A man with the head of a snake!” Kull murmured. “This, then, is a priest of the serpent god?”
“Aye. Tu sleeps unknowing. These fiends can take any form they will. That is, they can, by a magic charm or the like, fling a web of sorcery about their faces, as an actor dons a mask, so that they resemble anyone they wish to.”"
Posted by Needles at 10:00 PM