Review & Commentary & Review On The Free Cult of Diana: The Amazon Witch book By Tim Brannan

“Let us be Diana's foresters, minions of the moon”  - William Shakespeare

Time out of mind the symbol of Diana meant freedom. And in freedom there is Power.
This book introduces the Amazon Witch Tradition. Witches from the ancient time of myths and legends." 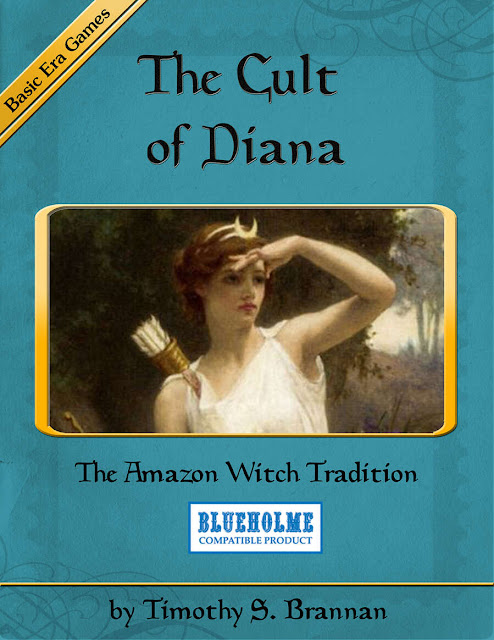 This is a solid PC's option for a witch class & it can be used with other retroclones besides Blue Holmes. Sure this is a free pdf but the author knows his stuff when it comes to doing witches & witchcraft. The lay out & page count runs about twenty five but the material is useful & playable.
"For this book, Cult of Diana: The Amazon Witch Tradition, I wanted to satisfy two goals. 1. To have a witch class that felt like something I would have played in between Holmes and Moldvay. That time between 1979 and 1981 where I didn’t have a clue as to what we were all doing, we were having fun. And 2. To provide something back to the community for free under the same spirit of sharing and love of the game that was so prevalent in those days. While overtly designed for use with the BLUEHOLMETM Prentice rules, I will present a full spread of 20 levels and some spells. All for the same price I paid for my first copy of Holmes. "
So the  Amazon Witch class is built on the foundation that the witch  player wants access to  40 Spells and 8 Rituals then this is the book for you. Cult of Diana: The Amazon Witch Tradition is perfectly usable with Holmes Basic Dungeons & Dragons. 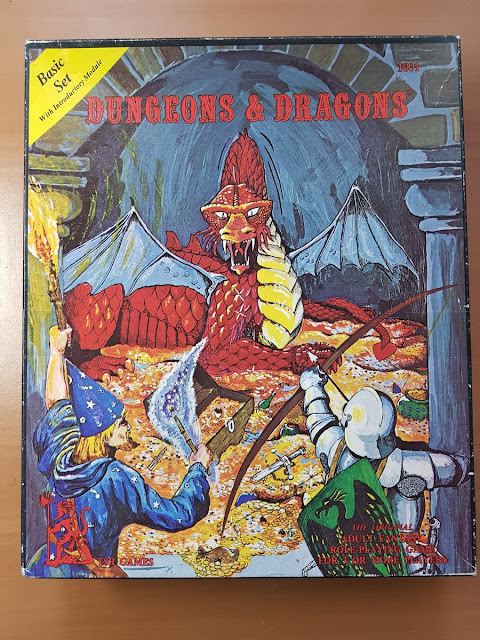 The BLUEHOLME™ Journeymanne Rules are perfect for using the Cult of Diana: The Amazon Witch book.  The fact that it goes up twenty levels for the player's PC. The witch class and two new witch covens work well together especially for creating a concentrated occult whole. 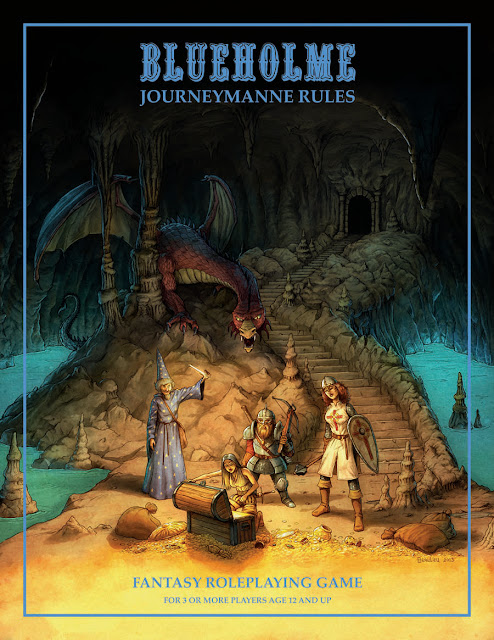 The BLUEHOLME™ Journeymanne Rules has basics are covered, species instead of races, classes, abilities, equipment, spells, monsters, treasure, adventures, encounters, & campaigns. Everything in these rules is oriented to dealing with campaign oriented play.