"Faraway, in the greatest battle in this age of the world, the  forces of the Bleak Warlock were undone, but at a dear cost. Lifes' of  many were lost, and the Emperor themself, hero and hope of the Free
People, fell -for raise never again. In the wake of Worlock's defeat a  mighty storm of snow thunder and hail rose, hammering the fugitives  and the survivors for seven nights and seven days.
As this ordeal of frost seem to rest, after chill and desperation, you  come in sight of a lonely inn, a dim light behind a window.  The tag over the bell says: The Rockwell Inn"." 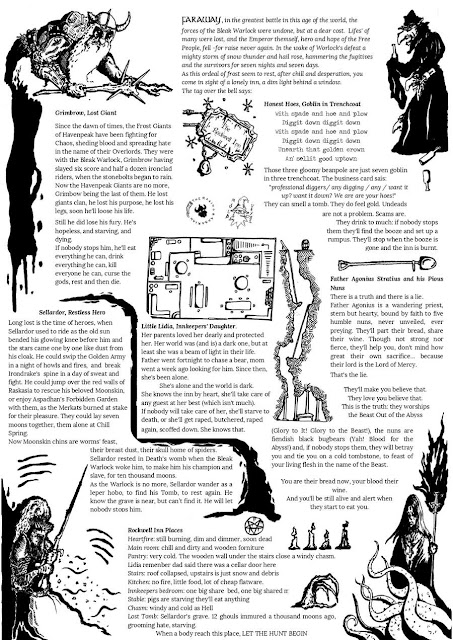 Its not bad, basically its a nice little adventure location with a bunch of evocative NPC's & some back story. The whole affairs feels like its a location straight outta of a horror film & might be just the thing to get horror Moldvay Dungeons & Dragons game off the ground. 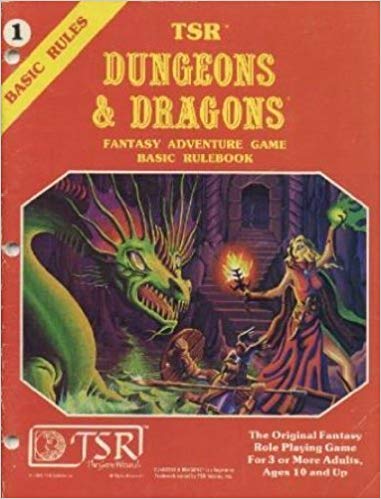 Since its free I can't complain & for a low level horror themed there are several NPC's that could be just the thing to kickstart a game campaign. But there's a number of NPC's who will burn the inn to the ground!
"Grimbrow, Lost Giant Since the dawn of times, the Frost Giants of Havenpeak have been fighting for Chaos, sheding blood and spreading hate in the name of their Overlords. They were with the Bleak Warlock, Grimbrow having slayed six score and half a dozen ironclad riders, when the stonebolts began to rain. Now the Havenpeak Giants are no more, Grimbow being the last of them. He lost giants clan, he lost his purpose, he lost his legs, soon he'll loose his life. Still he did lose his fury. He's hopeless, and starving, and dying. If nobody stops him, he'll eat everything he can, drink everything he can, kill everyone he can, curse the gods, rest and then die. "
You know for an entree in the 'One Page Dungeon' books this is a very dark little adventure location which I think fits someplace between Lamentations of the Flame Princess & Moldvay '82 D&D. Reading through the various NPC's I couldn't help but think about the dark & twisted humor of early White Dwarf magazines. The twisted fun of the Rock Well Inn  might just suit Glynn Seal's The Midderlands setting easily. There's fun NPC's here but man it would take a bit of work on the player's PC part to try & save them which could branch off in to whole cloth adventures on their own. Not bad but this is a dark but fun adventure location which might suit some games. 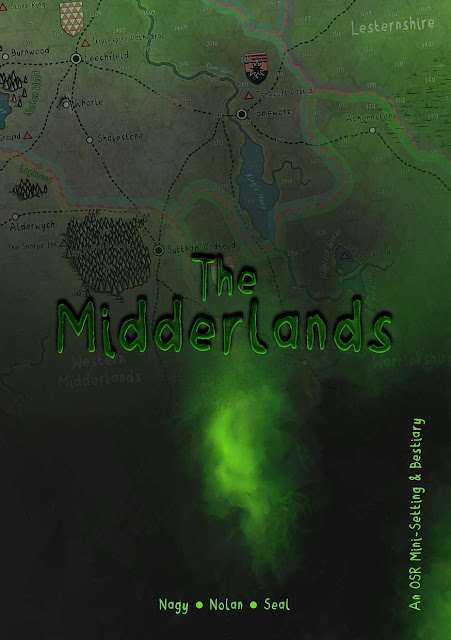 The Rock Well Inn Is Available
Right Here For Free