Sometimes you need some vic erm adventurers for your mega dungeon & Cha'alt's thirteen pages of pre generated victims are waiting to be used & abused by your players. Venger is up to his usual tricks & traps for Cha'alt Pre-Generated. This is a compilation of 27 player-characters who fit into that eldritch, gonzo, science-fantasy, post-apocalyptic world setting. And yes they would work very well in such a setting. You get three sets of actual stats & while these adventurers are generic in a sense they fit the vibe that we find in Cha'alt's mega dungeon. 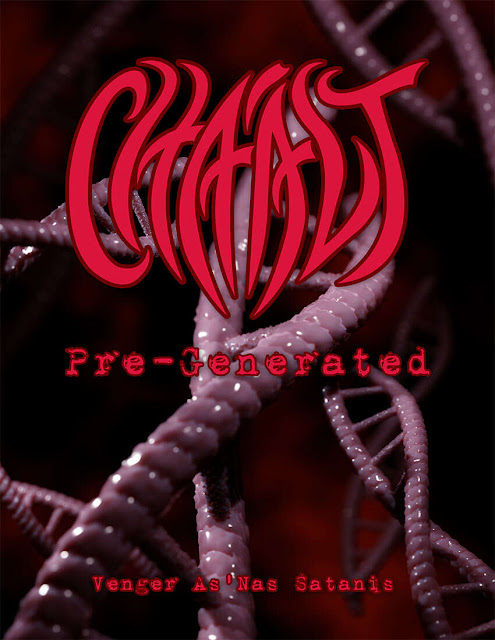 Venger's  Cha'alt Pre-Generated are up to the standards that we find in Cha'alt's megadungeon setting  There are three sets of settings that are working together within this product's setting & adventure location;

"What is Cha’alt? Cha’alt is my own campaign setting that I use frequently, especially for online games. Specifically, Cha’alt means “greatness by way of suffering.” It’s an eldritch, gonzo, science-fantasy, and post-apocalyptic world for adventurers, such as yourself, to explore. This PDF contains several 1st level pre-generated player-characters for games on the go. Players and GMs may not have time to sit and think about all the possible options. If you’re playing a quick and dirty virtual session, you want to start immediately. This has helped me, and I believe it will help you, as well. What you see are the essentials – stripped-down, basic, minimalist stat blocks for rules-light D&D. If you enjoy this style, check out the FREE PDF of Crimson Dragon Slayer D20. Additionally, I didn’t include extensive personality or motivations because it’s the players’ job to fill in those gaps. What you see before you are mere words and numbers until a player uses his imagination, bringing the character to life. When coming up with something special or noteworthy about your character, remember that one is the minimum. If you think up several noteworthy details, that’s great! Just don’t go crazy. PC optimization and power-gaming is the antitheses of old school. Remember Newton’s third law: for every action, there is an equal and opposite reaction. That means if you decide your character is a Prince of the realm and fabulously wealthy, it’s within the GM’s rights to put a price on his head or give him a terrible curse"

These are very miminalist stats right out the gate & can be easily adapted to your own favorite OSR or old school setting. That's part of the strength of Cha'alt is that its easily adaptable to any number of old school & OSR products. The illustrations & such for each of the profiles works very nice especially for both Cha'alt and Crimson Dragon Slayer D20. But com'n we all know how to adapt these to our favorite OSR systems.

Now Venger being he just can't not put a little optional tidbit or two into his free stuff & we get into the Divine Inspiration pool; "Inspiration refers to the pool of points you can spend to re-roll any die (not just d20) in hopes of improving your result. Aside from getting a point of inspiration at the beginning of each session, it is possible to earn additional points. However, only one point per scene up to a maximum of three points per session can be accumulated. Rather than continuing to call it inspiration, I’m henceforth using the phrase Divine Favor. It sounds less like a game mechanic and more like fate, destiny, and providence. If the Gods will it, their subtle influence may grant you victory" Not bad & we get into each of Cha'alt's alignments.. Not bad stuff & well done. A nice little optional bit & piece that can be adapted as needed.
So in thirteen pages we get a bit of everything Cha'alt. So is this merely a 'cherry on top' piece of advertising for Cha'alt? Well yes but its a well done & free piece of marketing & advertising with the added bonus of actually being usuable in a wide variety of setting & not simply Cha'alt.