When the stars started coming right & old Earth  began to grow weird & hoary in its ways. The skies were filled with the terrible light from the star Polaris & Aldebaran shone in the East was there a strange rending as the whole cloth of reality split open once again. The seas boiled & the land buckled as Olathoe in the land of Lomar came back into the world of man with a vengeance! The long lobed & inhuman Hyperboreans step back into the world of men as the words of ancient prophecy were once again on the lips of men.

“Slumber, watcher, till the spheres
Six and twenty thousand years
Have revolv’d, and I return
To the spot where now I burn.
Other stars anon shall rise
To the axis of the skies;
Stars that soothe and stars that bless
With a sweet forgetfulness:
Only when my round is o’er
Shall the past disturb thy door.”

The world was now a very different place as the long lobed Hyperboreans from came from Zobna, a land even further to the north borne by the Boreas winds to Earth. Humanity was not ready for these sorcerers, mystics, & wizards as a monstrous bloated Saturn hangs in the sky. The city of  Olathoe sits on Sarkis, between  the mountains of Noton and Kadiphonek. Adventurers will find them welcomed in the streets & markets of Olathoe. Most of the equipment & weapons of many of the retroclone systems are available the marble buildings of  Olathoe. 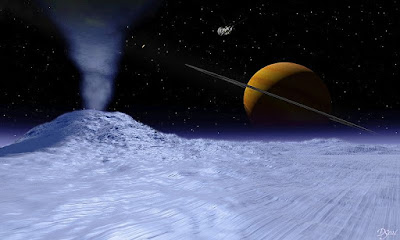 "Still and somnolent did it lie, on a strange plateau in a hollow between strange peaks. Of ghastly marble were its walls and its towers, its columns, domes, and pavements. In the marble streets were marble pillars, the upper parts of which were carven into the images of grave bearded men."
Polaris  (1918)  by Howard Phillips Lovecraft

Modern men of old Earth were not ready for the power of the men of Lomar & the bloodshed was fierce & the violence very heavy on both sides. Weapons, plagues, warfare, & worse remade the Earth many times as the seas boiled around the old world. People from the underground realm of K'n-yan unleashed many horrors upon the cities of men. Today it is a very different world as the silver sky birds of K'n-yan land in the fields outside the city proper. Men of Lomar rule over the humans who know their place & of the relics of super science protect them from the others who also returned with the Hyperboreans.The hairy cannibal Gnophkehs came back to plague the people of Lomar. But the people from the underground realm of K'n-yan brought an image of the deity Tsathoggua to Lomar, where it was worshiped & granted protection from the terrible cannibals & far worse monsters in the aurora haunted nights. 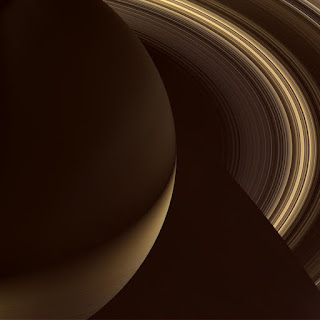 There are whispered & terrible rumors of the Gnophkehs having truck with 'The Maux' through the wild cult of  Rhan-Tegoth & Ithaqua. The monsters travel & hunt in terrible packs able to rip a man to shreds in mere moments. The abominable things things that they do with the corpses can not be spoken about. They dwell near the ruins of the three black pyramids of Lu which none discuss. Only the pyramid of Bui has been retaken by the men & Hyperborean warriors. The cost was terrible & the temple of Nodens cult was able to take care of the survivors of the massacre. Only the Pnakotic Brotherhood has all of the answers but they have been strangely silent on some matters and very talkative on others leading to suspensions that they're hiding some forbidden pieces of information.
Travelers outside of Olathoe should beware the strange other planar and dimensional vortexes that plague the area. Men & adventurers are sometimes whisked to other worlds
These are said to rip men's souls from their bodies leaving drooling and idiotic living corpses. Those that survive the experience & are still thinking men do not speak of their experiences. Many do not survive the Gnophkehs who eat any and all they come across in rites too terrible to write about. Only the Voormis oppose them in hate & pure violence, it is a terrible & instinctive hate of old which happens in the Summer seasons. Humans are advised to seek not the mountain Noton for many have disappeared in these wars of the two races. No remains are ever found. 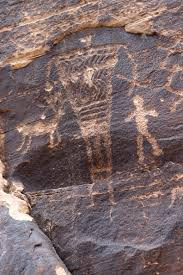 Morale:9
Experience Points: 530
Treasure: S,T
Special: Capable of hurling boulders for 2-16 points of damage.
These hairy cannibals love to bite large chunks of flesh from their prey. They are able to open their jaws twice the size of their faces get the maximum bite width from prey.