Lately I find myself drifting back into the roots of the OSR & rereading many of the retroclone systems that first drew me into the OSR. The OSR is the legacy of the D20 bust, and its clearly evident from the Wiki entry on open gaming;" 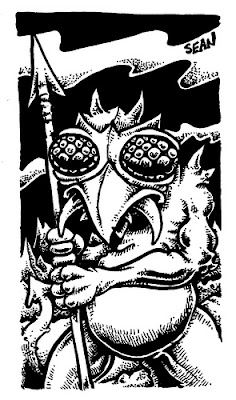 The most common open gaming license in use by commercial role-playing game publishers is the OGL. There are many publishers currently producing material based on the first System Reference Document, and many which make their products available under the OGL but which use game systems not based on the SRD.
Wizards of the Coast used the non-open Game System License for the 4th edition of Dungeons & Dragons, but released a new System Reference Document for the 5th edition of Dungeons & Dragons in 2015."  This includes fifth edition which led the way and opened up the third spawning of the mainstream popularity of D&D in mainstream culture evidenced by shows like Stranger Things & even Big Bang Theory. The big free four in the retroclone scene are OSRIC (based on 1st edition Advanced Dungeons & Dragons), Labyrinth Lord (based on Basic Dungeons & Dragons), and Swords & Wizardry (based on original Dungeons & Dragons) & Lamentations of the Flame Princess .(. the text of LotFP is 100% open game content.)

Yeah, yeah, there are lots of other pieces of artwork now being used for OSRIC cover art but I started with this one & its the one I happen to like.
So why is this all important ? Because all of these rules sets are free to legally download and play. The whole reason why I got into the OSR is because of these rules, I'm no longer bound by the whim of Wizards of the Coast, other OSR publishers, nor even the will of other gamers. The old school Renascence basically puts the power of table top role playing back into the hands of the players & the dungeon master in that order. This is incredibly important to understand about the hobby;
"Role-playing game publisher Matthew Finch was involved in the development of Castles & Crusades, serving as editor of the Player's Handbook, and was the initial author of OSRIC, which was afterward taken up by Stuart Marshall and released to the public in 2006 as a retro-clone of the first edition of Advanced Dungeons & Dragons (1977–1989). The release prompted another game designer, Daniel Proctor, to write and release Labyrinth Lord in 2007, a more complete retro-clone of the 1981 version of the Dungeons & Dragons Basic Set and its accompanying Expert Set. The following year, Finch announced the release of Swords & Wizardry, ostensibly a retro-clone of the original Dungeons & Dragons game.
Many variants have appeared since the original release of OSRIC, as well as restatements of other editions of D&D and other adventure role-playing games. The games are fostered and supported online by various forums and blogs, sometimes collectively referred to as the Old School Revival (OSR), but are also increasingly finding their way into brick and mortar game stores." 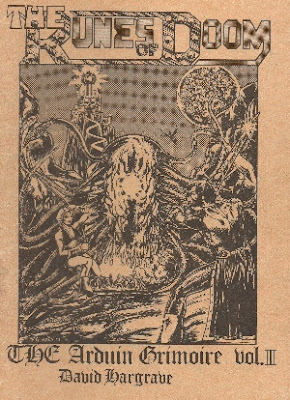 We define what is the world's most popular fantasy table top role playing game is.
"The term "retro-clone" was coined by Goblinoid Games, the publisher of Labyrinth Lord.[4]" When I stumbled upon the Planet Algol OSR blog followed by Tim Snider's The Savage Afterworld my mind was blown back in 2008. The gaming world of Algol is defined as OLD SCHOOL PULP SWORD, SAUCER AND SORCERY ADVENTURES IN UNIVERSES OF WEIRD SCIENCE FANTASY. The blog is unapologetic gonzo, smart, funny, and incredibly inventive. The fact that suddenly I didn't have to be ashamed of running games set in bloody,bloody Arduin, Gamma World, or Empire of the Petal Throne. The Planet Algol blog hasn't been updated in a very long time but here's the thing. The spirit of defining your gaming is yours not a writer's, publisher's, bloggers,etc. or anyone else. The whole experience is defined by your player's & the dungeon master. 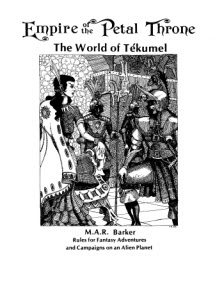 Mixing & matching classic old school resources as well as OSR systems are a great way to pull players into the campaign world. The play is really the thing & the open gaming statement allows the OSR to continue its existence. The key aspect is that copyright holders license their works under public copyright licenses that permit others to make copies or create derivative works of the game.

No matter what OSR upsets and controversies happen, the gaming will go on. These systems are out in the wild now and its easier now more then ever to make your own way in the old school table top world. Take control of the worlds of imagination and remember to play. Keep those dice rolling until next time.
Posted by Needles at 11:54 PM