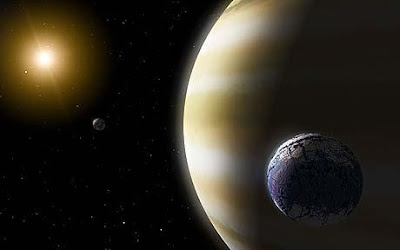 Set Up -Notes on Paper

Sitting out in space under lit by the coming darkness of the new epoch. Seti 5 sits on the outer known edge of the Human Empire a place holder in space. This moon world of gas, ice, & valuable minerals is only recently  settled by mankind. The colonists are in good standing with the Human Empire offering the usual tithe  for their colony world. There are three important differences on this world.