The procession brought the entire group to the top of the hills of  Telus Four. Each agent took out a small cubic box no bigger then a humanoid thumb. They focused their will upon the devices. The no space begin to brighten as their mental energies began to build. Their obsession was the fuel for this nightmare.
Moment's later there was a smell of lotus blossoms & a deep sea blue green light.
The old one on the couch smiled the joyous smile of one whose life was a matter of depravity & sin. He had come to the end of his road.
The four hierophants came then through the open gate way & looked upon the world through scarred eyes. He would be remade into a being of perfect symmetric patterns. Perfect in every way to contemplate the perfection of the one whom his masters served.
Please see this section for more info on the Porn Traders Here

"Gateways," Beane proclaimed, "gateways between worlds!" he paused suddenly, his face showing the anxious defiance of those who fear they will be thought mad.  Over the rattle of hailstones on the shutters, I could hear the hiss of his loud, rapid breathing.  As suddenly, he recovered his courage, and continued: "Yes, others have made such things, and certain vile secret societies have long striven to let their unspeakable masters enter from beyond.  But LeMarchand was clever!  As you know, a gate must be 'anchored' to a specific, unique pattern.  Often, fixed configurations of matter are used: stone circles, or caves, or diagrams.  The key is usually a series of thaumaturgically equivalent temporal structures: gestures and sounds.  But I digress...LeMarchand made a puzzle, a configuration that was portable and self-contained, that could be made and unmade at will, and the solving of which was its own key."

Characteristics of the Boxes 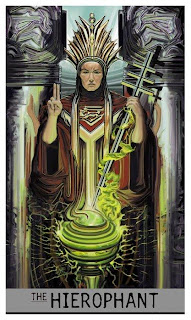 My thanks to the Pyramid-Gallery & its curator Max without whose help & patience this blog wouldn't be possible. Give em a visit & tell em I sent ya!
Posted by Needles at 9:14 AM