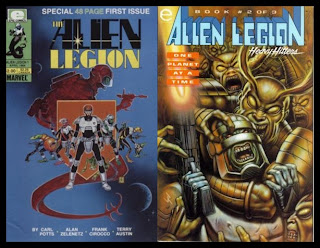 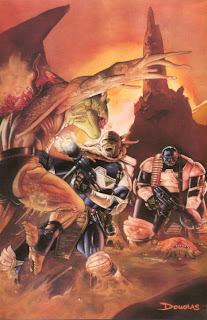 From April 1984 – August 1990 it was an Epic Age, every month I'd wait at my comic box for the latest issue of Alien Legion. Not The Alien Legion but simply Alien Legion. It was done by the Marvel Epic line & was orginally conceived as:

"The original concept was the 'Foreign Legion in space' and all the legionnaires were human. ... Then I created the humanoid/serpentine design that later became Sarigar and decided that the Legion should include a wide variety of species. This was in the early '70s. By the time I got around to developing the idea further in the early '80s, Star Wars obviously became an influence. The Alien Legion universe is a giant extrapolation of the American democratic melting-pot society where different races and cultures work together for the common good while dealing with the pluses and problems that the nation's diversity creates

Want to know more check this out http://thedailyprocrastinator.com/tag/alien-legion/
This http://www.foot-sloggers.com/http://cpotts1.home.netcom.com/index.htm/ 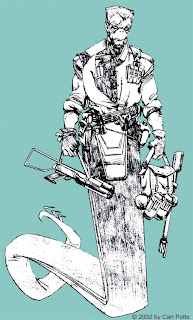