"Terra Arisen is a space-opera setting for the Cepheus Deluxe sci-fi RPG rules. Terra Arisen introduces player characters to the immediate aftermath of the Terran Liberation War against the mighty Reticulan Empire and its many thralls. The Terrans forced the Reticulan Empire to sign a humiliating peace treaty and reluctantly accept Terran independence from the Empire. The upstart Terrans, bolstered by their victory against their old masters, are becoming a power to be reckoned with in interstellar affairs. On a backdrop of espionage, maneuvering, and saber-rattling on new interstellar frontiers, bold player characters can leave their marks as heroes or villains of the new United Terran Republic (UTR). This book provides background information, a 16 by 20 hex star-map covering most of the UTR and some alien territory, and write-ups of all 120 major worlds in this area, as well as other materials necessary to run a science fiction roleplaying campaign in the exciting times of the 23rd century." 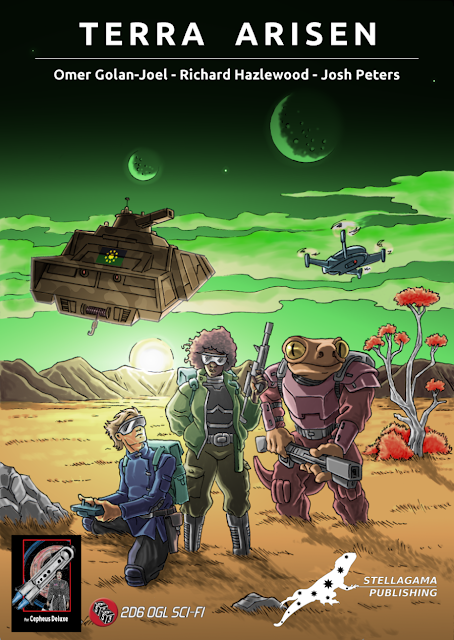 Note that this book provides character generations, biological and cultural background, and flying saucers (!) for playing Gray Aliens – ready to drop into any Cepheus Deluxe campaign and quite compatible with other 2d6 sci-fi RPGs as well!

This setting requires the Cepheus Deluxe rules for use."

Terra Arisen Rpg Campaign Setting  By Omer Golan-Joel, Richard Hazlewood, & Josh Peters is one of those space opera's there's far more bubbling below the surface then at first it seems. The Terra Arisen setting is perfectly suited for the Cepheus Deluxe rules. Terra Arisen takes on humanity & it's alien allies rising up against their Reticulan oppressors in a series of rebellions that ultimately results in the establishment of the Terrran Quadrant. 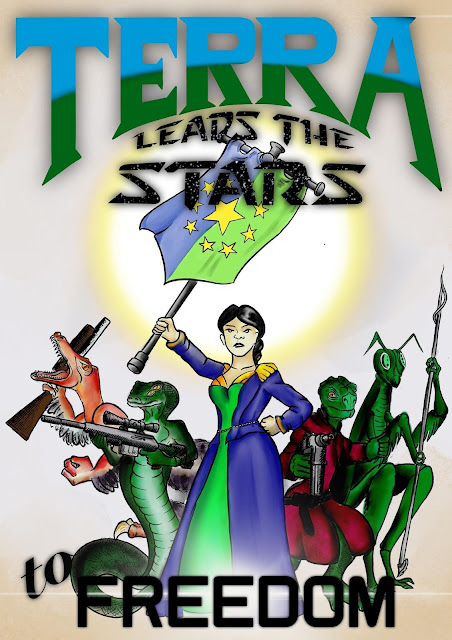