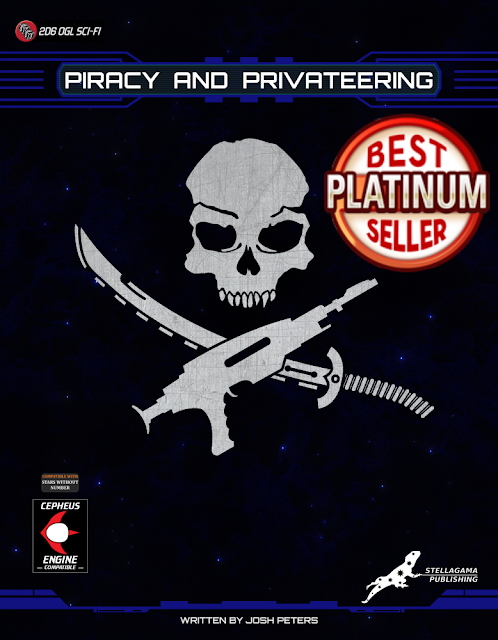 Tonight I had a chance to get out from behind the screen & actually get to play one of the scum of the universe for a change. Tonight Clancy McFancy roguish space pirate 4th level got his chance to shine as we encountered a salvage opportunity that almost cost us our party's lives. We were playing in DM Steve's space pirate game of Revised Stars Without Numbers. And tumbling through space was a very unexpected find a seemingly abandoned space wreck of a Milligan class hospital star ship?
There wasn't anyone home when we came across her. No answer to hails nor even a peep outta of her except for her automated response beacon. A psychic reading of the ship confronted feelings of confusion, fear, aggression, & death! 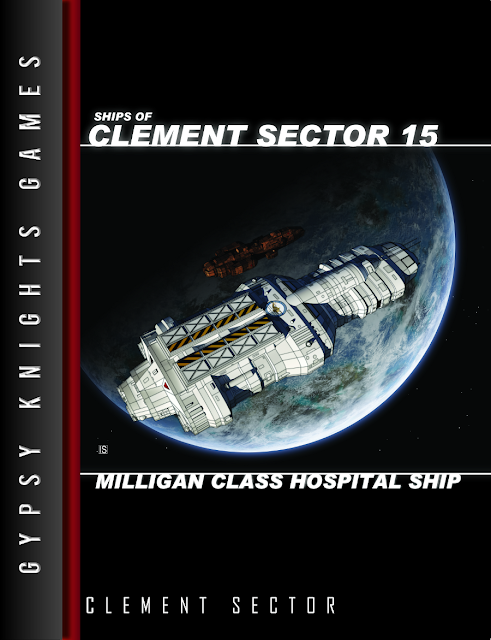 Our own ship 'The Barracuda' a modified  Demon-class lembus bought with several missions wayback some months ago docked. Something wasn't right off the bat, we were confronted straight on board  with a floating macro celluar life form! These alien macro celluar life forms  were floating throughout the Milligan class hospital star ship! They had been freed from some alien colony ship that the Milligan had been assigned to help. Our party vented the entire colony into deep space and then towed the wreck to the nearest alien starbase to claim salvage rights! That's right we didn't do the room by room sweep at all! We claimed salvage rights, copyrighted & trademarked the genetic IP on the alien floating macro celluar creatures. Then ended the adventure.
That's right no one died on this one because we all worked as a team & didn't enter the set up of the nega dungeon of the Milligen Hospital starship. We collected a sample life form, made our copyright & trademark, collected the salvage and then left. No entered the ship at all. Of course nextime there's going to be complications with DM Steve's campaign next time!
Posted by Needles at 1:56 AM