Is it me or does Greyhawk seem be one of the grittiest D&D settings that has graced the grand game?! The more that early Greyhawk's pages slip between the fingers the more the imagination stirs. Maybe its a bit of nosolgia or maybe its something else. 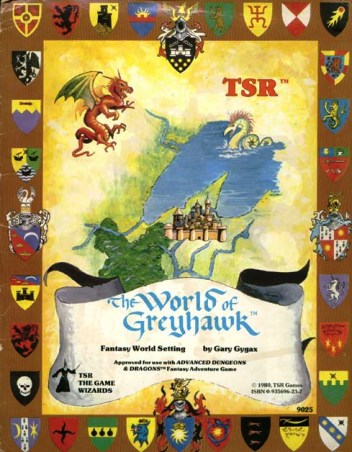 So slipping back into our copy of  AC9: D&D Creature Catalogue from the BECMI D&D  books. The monsters seemed way more bad ass then some of the other monsters that were on the scene at the time. And this is especially true of the Humanoid section of AC9, take for example the Bhut. Appears like a normal human during the day & a murderous nasty at night. Note that Bhuts are not the same undead as found in normal D&D those are completely different;"Bhuts are similar in many ways to lycanthropes and undead. During the daytime, bhuts appear to be normal humans. At night, their skin becomes scaly, their hair becomes wild, their hands turn into claws, and their teeth become fangs. While in this form they hunt humans and demi-humans for food. They are extremely cunning and often use deception and trickery to obtain their meals."  And these humanoid tribes continues through this section with some really good and silly creatures mixed in. 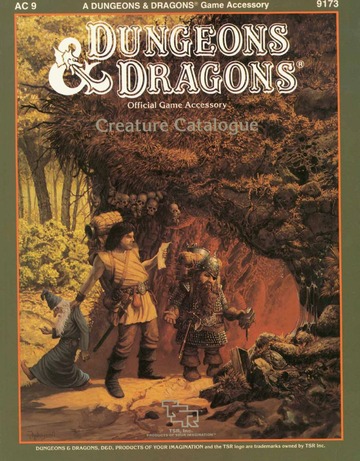 And 'the low life' monster section is absolutely nasty with lower life forms that look like something straight outta of nightmares. And they are perfectly suited as things that would be encountered right after a giant magical disaster such as 'the rains of colourless fire'. 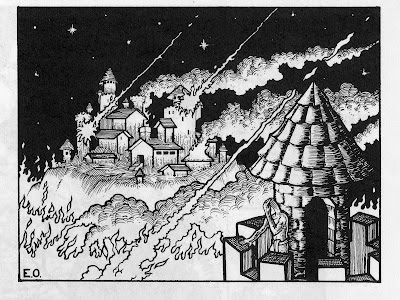 The land is fouled & polluted and things from elsewhere move in after the rains. And this is where the 'monster' section comes into play. There are some majorly dangerous monsters in AC9: D&D Creature Catalogue and they so easily slip right into the back doors of early  Greyhawk with little issue.
Many of the rarer  animals, creatures, etc. within AC9: D&D Creature Catalogue are perfect for the fringes of Greyhawk. Areas that are little explored in the classic modules but edges of the map. And this leads back to the fact that the 'rains of colourless fire' had in my imagination far more impact that it might at first seem. The devestation & mutation on Greyhawk must have been to a grand scale. And it's this opinion of mine leads back to the slight off the animals. creatures, and such within AC9: D&D Creature Catalogue.
Posted by Needles at 11:42 AM