So back in 2016 'The Wizard's Scroll' premeired & since then nothing. Now normally this wouldn't be an issue but since the on going OSR games that I'm involved with have a number of dungeon masters & players with floating dungeon masters. There have been a number of OSR resource that have come to my attention through the other DM's that I share the chair with. This is one of those OSR  resources & this post is going to pick right back up from this blog post here. And this blog post  here as well 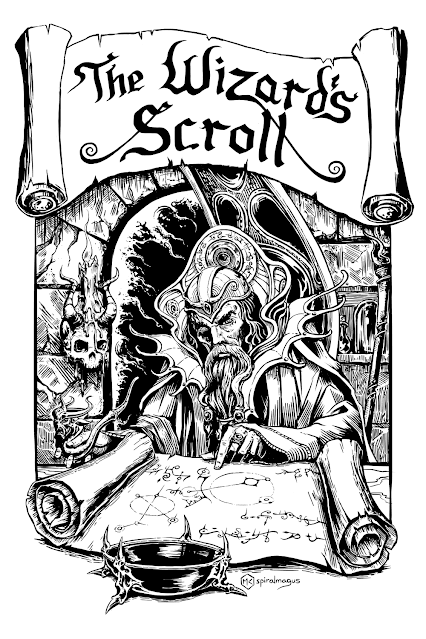 There's a few NPC's that are going back into our current campaign & one of these is Niptuck by Tod Roe. This skinless sorcerer has taken two our number back on Carcosa and turned them into skin bags. All of this centers around the adventure the Demon Shattered Tower By Steven A. Cook from the The Wizard's Scroll - Issue 1. And the tower in this adventure  can be & is a deadly little addition to an ongoing campaign.
There a couple more adventures in 'The Wizard's Scroll - Issue 1' & one of these is Charles Mason's The Wizard's Tower. The Wizard's Tower is a solid set up for a an isolated expeditionary adventure; "The wizard’s tower is said to be haunted by demons and devils. The tower itself has two demon heads carved into the stone on the east and west sides. The only living inhabitant now is no demon, but he has stared into the depths of the abyss. The wizard acquired the old fortress and renovated it when he was very young. He had the demon heads added to the tower, perhaps to scare off the locals or possibly as tribute to demon patrons. That was over 150 years ago." This is a nasty four level affair in a wizard's tower perfect for a wilderness romp.
The Wizard's Scroll - Issue 1-  A 'Pay What You Want' Swords & Wizardry Fanzine is available here.

For a gritty Greyhawk campaign The Wizard's Scroll is a no brainer. It has a ton of potential with just these two adventures. But add in the idea of a Midevil authantic campaign & the Wizard's Scroll  works out even better.
And the Wizard's Scroll could easily be slipped into a Castles & Crusades rpg campaign with little issue or fuss. The combination of the adventure ideas, locations, etc. all fit with the traditional nature of a C&C driven Greyhawk easily. 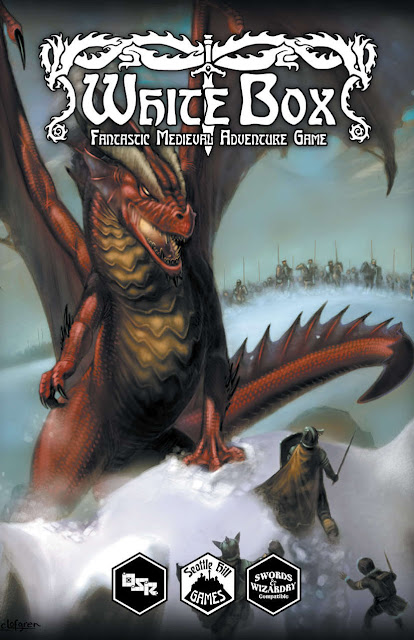