The Sweet Spot - The Campaign Mid point between the Lovecraftian, The Sacred & the Profane

"What weird ceremonies occur in that squat stone village beneath twisted and bloated trees? What incomprehensible customs do the men practice, and in what sort of alien architecture do they lurk? All such questions can be easily answered with the aid of the treasures in your hands."
' The Carcosan Grimoire'

'Is there a mid point between the Lovecraftian, The Sacred &  the Profane?' This is the question that I've been sorta forced to confront with old campaign setting material. Events surrounding the Lamentations of the Flame Princess product lines & brands have rattled other OSR bloggers. Even my circle of local dungeon masters has mentioned it. Why!? Lamentations was/is a pillar of the OSR. Mentioned in the same breath as OSRIC & Goblinoid Games Labyrinth Lord.. 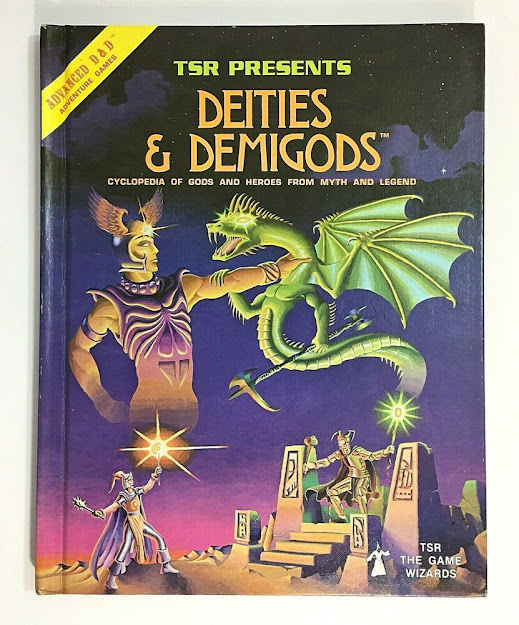 So the spine on my well worn copy of Advanced Dungeons & Dragons first edition's Lovecraft's Mythos  section. Again & again I find myself drawn back into the whirl pool of nostalgia,game play, & dangerous thoughts.
Talking with friends & former players something has come up again & again, 'There's no difference between demons & Lovecraftian minions! Their both worth the experience points even if thematically their completely different monsters!' But are they!? Both the entities of the Abyss & the Chaotic monsters of the Mythos seem to almost spring from some primal place deep within the lizard brain! Last night I found myself going over an art book of Keith Parkinson that sits on a lone table & gazing at this particular piece of his. Mr. Parkinson did a number of iconic pieces of artwork for the Rifts game & while this piece isn't from that game line it does spark the imagination.
Its actually from here.  Its a great piece of wall artwork but can an rpg  setting actually be the both the alien source & the central fantasy adventure  spoke at the same time?! I believe the answer to this is yes! 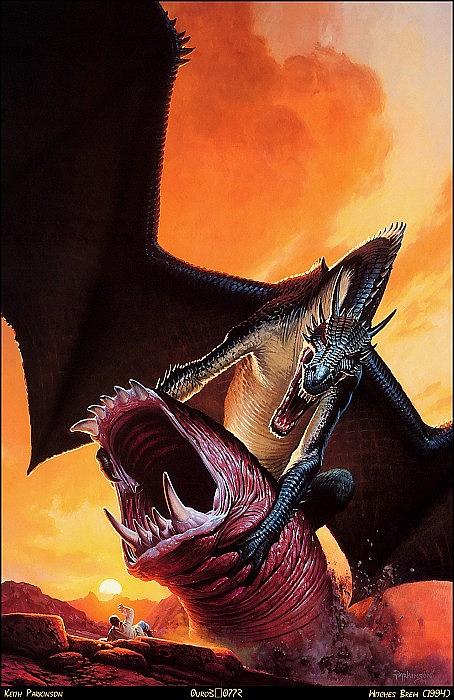 Time & again my campaign notes find their way into my hands. The original free
'Carcosan Grimoire' book firmly in my mind & in my hand points the way. This book by a community of contributors &  Cameron DuBeers, marks a bunch of unwelcome additions to the setting of  Carcosa. 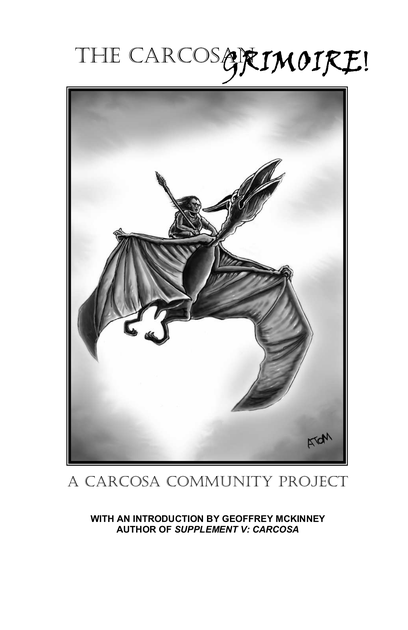 CAMILLA: You, sir, should unmask.
STRANGER: Indeed?
CASSILDA: Indeed it's time. We all have laid aside disguise but you.
STRANGER: I wear no mask.
CAMILLA: (Terrified, aside to Cassilda.) No mask? No mask!

Each & every single time my version of Cha'alt/Carcosa interdimensionally merges with & enters the planar eclipse of a setting madness, raiders, demon worms,etc. descend!  A campaign setting such as sections of Greyhawk know that madness & destruction follows  these periods. These  being woven into the very mythology of a campaign. 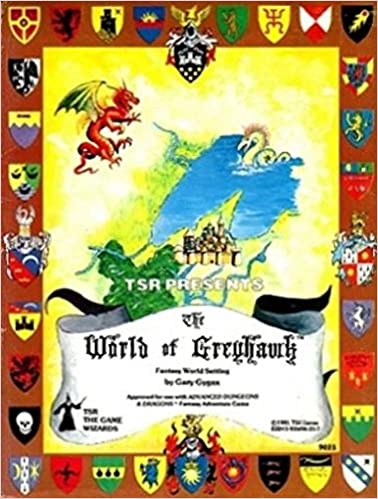 And its this sweet spot of fantasy & the Lovecraftian where the lost come in. On Greyhawk desert raider armies came out & wait for the 'scared merging'!  The demon worms rally their troops near the borders of reality in the shadow of the black pyramid on Cha'alt! 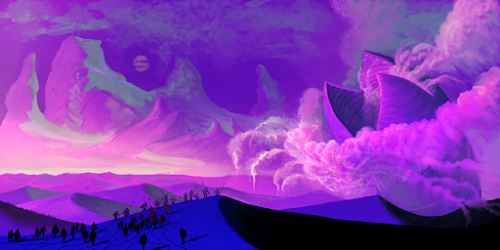 This is one of the reasons why demon hunters, paladins, & knights are so important! Not only do these raiders take hundreds of captives & slaves. But they leave behind cults, techno occult relics, monsters,etc. All at the command of Carcosa sorcerers, black wizards, intergalactic gangsters, & far worse! 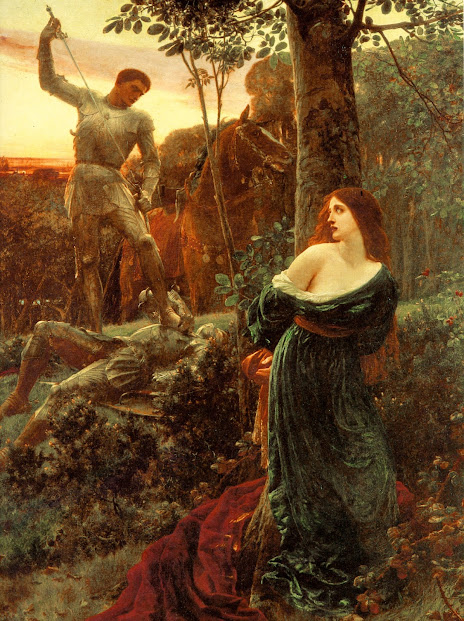 While Cha'alt & Carcosa are both gonzo in the extreme both in completely different directions. Something I learned from Rpg Pundit's Dark Albion & Cults of Chaos that the gonzo if twisted a little bit works very well for the very dark occult. 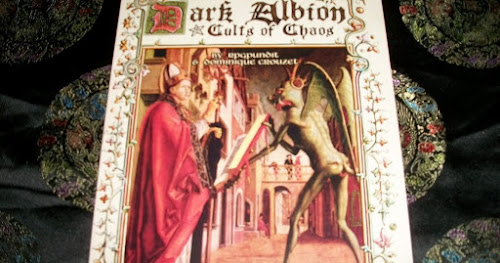 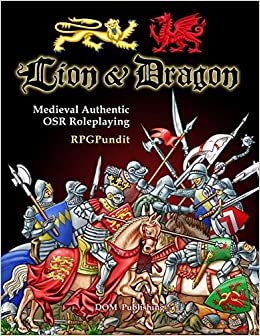 There are several reasons why all of this works for a Dark Europe alternative Earth campaign:
Posted by Needles at 8:51 AM