Lo ! Death hath rear'd himself a throne
In a strange city, all alone,
Far down within the dim west —
And the good, and the bad, and the worst, and the best,
Have gone to their eternal rest.

There shrines, and palaces, and towers
Are — not like any thing of ours —
O ! no — O! no — ours never loom
To heaven with that ungodly gloom!
Time-eaten towers that tremble not!
Around, by lifting winds forgot,
Resignedly beneath the sky
The melancholy waters lie.

A heaven that God doth not contemn
With stars is like a diadem —
We liken our ladies' eyes to them —
But there ! that everlasting pall!
It would be mockery to call
Such dreariness a heaven at all.
Yet tho' no holy rays come down
On the long night-time of that town,
Light from the lurid, deep sea
Streams up the turrets silently —
Up thrones — up long-forgotten bowers
Of sculptur'd ivy and stone flowers —
Up domes — up spires — up kingly halls —
Up fanes — up Babylon-like walls —
Up many a melancholy shrine
Whose entablatures intertwine
The mask the — the viol — and the vine.

There open temples — open graves
Are on a level with the waves —
But not the riches there that lie
In each idol's diamond eye.
Not the gaily-jewell'd dead
Tempt the waters from their bed:
For no ripples curl, alas!
Along that wilderness of glass —

No swellings hint that winds may be
Upon a far-off happier sea:
So blend the turrets and shadows there
That all seem pendulous in air,
While from the high towers of the town
Death looks gigantically down.
But lo! a stir is in the air!
The wave! there is a ripple there!
As if the towers had thrown aside,
In slightly sinking, the dull tide —
As if the turret-tops had given
A vacuum in the filmy heaven:
The waves have now a redder glow —
The very hours are breathing low —
And when, amid no earthly moans,
Down, down that town shall settle hence,
Hell rising from a thousand thrones
Shall do it reverence,
And Death to some more happy clime
Shall give his undivided time.
The Doomed Cityby Edgar Allan Poe
This poem, first published in 1831, would evolve into "The City in the Sea." 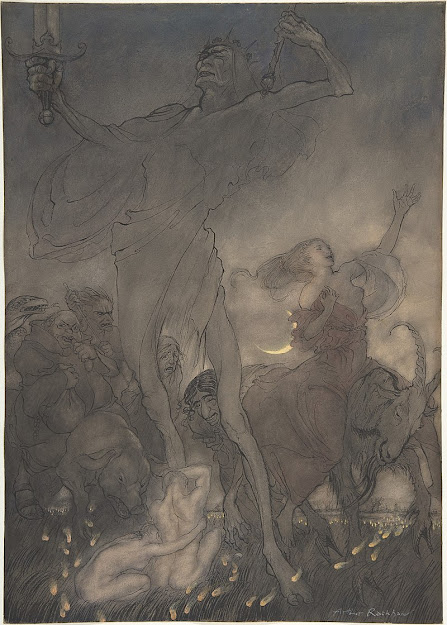 Illustration for "Till Eulenspiegel" by Arthur Rackham

The dread kings wash into the world of mankind on the wings of original sin.Washing  through the void of the blackness of nightmares. Void prison holds these ancient dead minor divinities in nightmare memory palaces. These undead god horrors are held in the minds of demons floating between cold dead stars.
Black sorcerers & occultists of the darkest stripe call these things to the shore of our reality at the hour of the soul. Fat black candles of demon flesh tallow are arranged in the unholy  hexagram of shattered reality. From out of the ruins of the dreams of old women & terrified children the dread gods come. They will answer three questions of the darkest secrets of the sorcerer's rivals but their price is high. The first dream & memory  of innocence is plucked from the mind of the summoner. Two points of wisdom is taken from the black wizard & their charisma drops by two points.  With the sacrifice of the smallest end flesh of the toe of the wizard they will visit the enemies of the wizard. 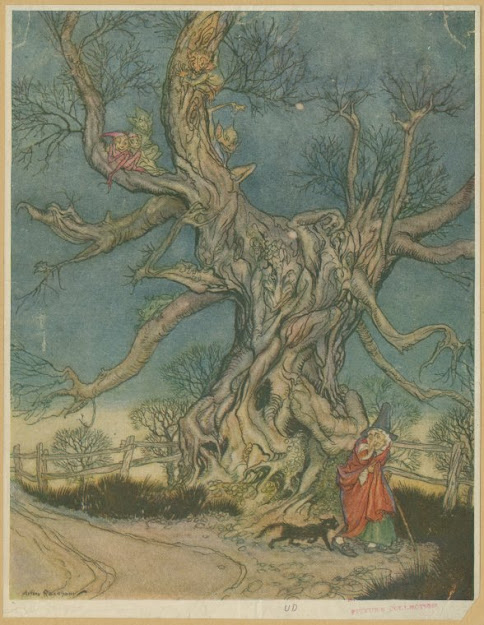 But the dread gods may ask for an ancient song of silence & fear from the black magus in return. Their dream goblins & shadow fey will pester the wizard for further fickle favors if the mood strikes them..
1d10  Random Encounters With The Dread Gods Table