The classic TSR era has some incredible modules & its these modules adaptability that makes them such classics. If Tom Moldvay's 'B1 The Lost City' was set on Mars or another science fantasy  planetary campaign.   'B1 The Lost City' could used as the basis for an entire Sword & Planet  campaign beginning. The PC's awaken from a desert  caravan in the middle of an alien desert with no memory of how they got there. Adventure events heat up as B4 usual encounters kick in. This gives the PC's an experience path for levels one to three right outta of the gate. But this is only the beginning of a Sword & Planet OD&D or B/X path. 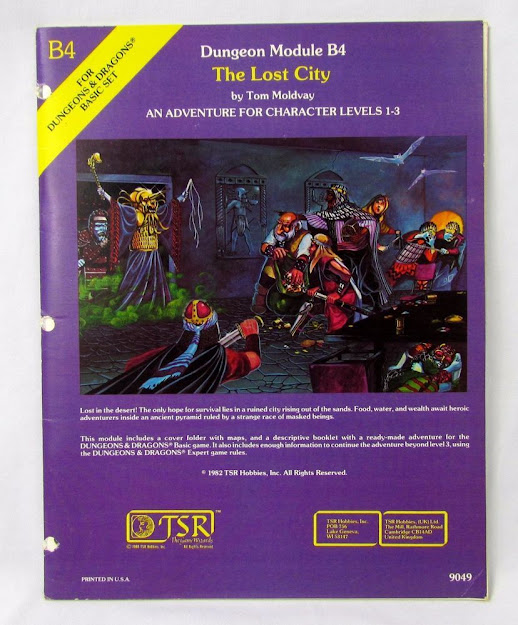 You know there are times when I really should be checking out the Mutant Future Wiki & their entry on Warriors of the Red Planet rpg. Tonight I was listening to the Old Man Grognard podcast about the Astonishing Swordsmen & Sorcerers of Hyperborea rpg.
Now back in the past I've written about using these two sources together in the past. This is kinda of a bit different. 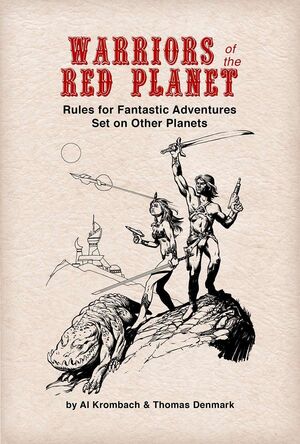 I'm really thinking of returning to a post apocalyptic Mars but one set within a vastly different universe. This is one of those periods where its the reading & research phase of a campaign setting. Now I've been talking about this Cha'alt/Carcosa hybrid campaign. But the PC's are going to need to cut their teeth someplace before I set them down within the back end of nowhere squared with the star spawn of  Cthulhu breathing down their necks. So why Warriors of the Red Planet? The Mutant Future wiki breakdown has the following; "The rules used an Night Owl Workshop products are similar to the popular Swords & Wizardly rule-set, in that it is based on a more streamlined version of the original 1974 Dungeons & Dragons rules, AKA "OD&D", with a number of modern improvements like listing Armor Class with both "assenting" and "Descending" scores and using a "BAB"-like To-Hit Bonus (THB) instead of large THAC0-based to-hit roll charts.

The game presents a new attribute called Social Standings, which represents reputation, social-status and cultural relevance. Unfortunately, there is a lack of information on how it effects game-play.

There are five Races:

There are four Classes:

Scientists are able to "invent" gadgets, who's effects are similar to D&D spells, with daily limits based on having to keep them powered or maintained. Than is, an irradium torch works like a D&D light spell, but gives off a green hue and can maintain power for one hour per level of inventor. (Or for 10gp, you can buy an irradium lantern from the Basic Gear list that shines brighter and lasts longer.) Mental powers also work like D&D spells.

Mentalists, Scientists and Sorcerers are good if one wants to play Mutant Future with the Mutants & Mazes conversion rules.

The book contains a large list of monsters and people to fight, as well as a great ideas on campaign and adventure design."

I'm thinking of reviving the Clark Ashton Smith Solar System campaign that my players were in about two years ago. At its heart there was a nasty Atomic War that the humans were responsible for! This world was a post Fifties or Sixties alternative Earth with advanced technologies that had bombed itself back to the Stone Age. 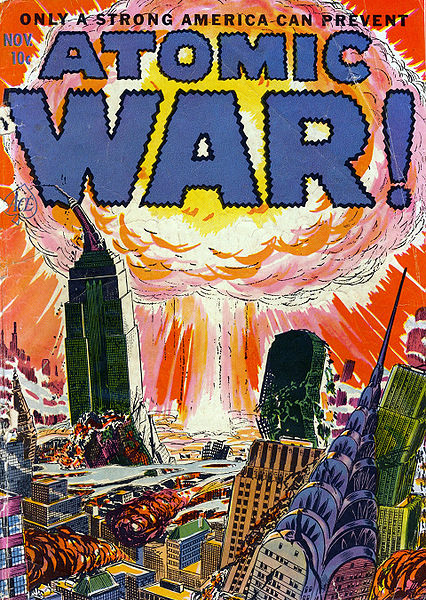 This campaign was a sort of cross between 'Thundarr The Barbarian' & Hanna Barbera 'The Herculoids' meets the video game Fallout in a dark alley. Here's the Hanna Berbera 'Herculoids' free AD&D files.

The real problem with this campaign is the fact that the players wanted to concentrate on Mars especially after downloading B/X Mars by Michael Gibbons. 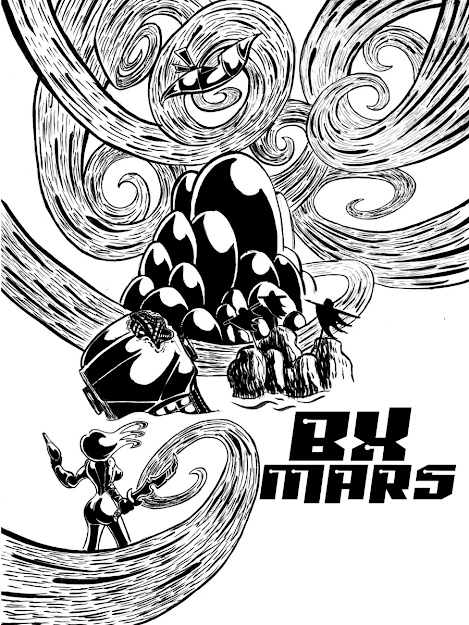 Add in Grey Elf (Jason Vey)'s reformat of Warriors of Mars - Barsoom by "Doc" along with Jason's Conan Original Dungeons & Dragons Conan supplements & you've got literal Conan on Mars;
Posted by Needles at 8:03 AM