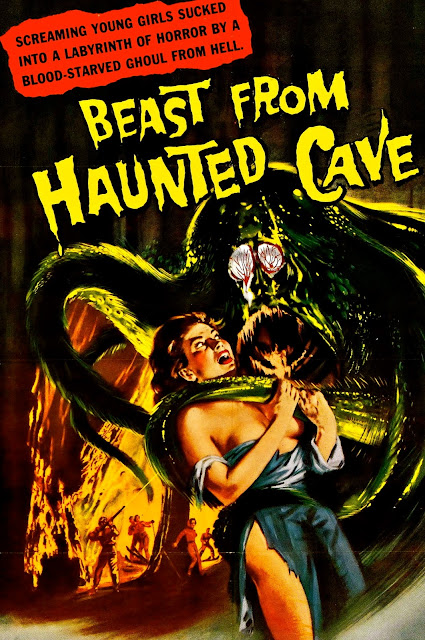 The K'nyanian guardian beasts are an unholy combination of humanoid flesh, arachnid and insect genetic stock wrapped around a core of weird nearly demonic horror. They are the product of
the K'nyanian empire a vast underground culture  filled with strange beasts and a highly advanced telepathic civilization who worshiped Cthulhu, Yig, Shub-Niggurath -and, until a certain incident, Tsathoggua. The K'nyanians had attained immortality &  subjugated other humanoid races before them. They  had the technology to biologically modify vanquished races and other life-forms and reanimate the dead for use as slaves, and could dematerialize and rematerialize at will. The underground people also engaged in sadism, depraved practices, horrid rites  and unspeakable things such as random body modifications and mutilations of other slave species as entertainment   The K'nyanian guardian beasts were a living security system used to watch over & guard certain above ground assets. They were the ancient servants of the K'nyanians watching over the mines and deep places of the forbidden civilizations of  K'nyan especially their underground mining, vast tunnel systems, and their near surface and above ground works.  They are extremely dangerous creatures capable of unspeakable violence & capable of rapid procreation should the need arrive. 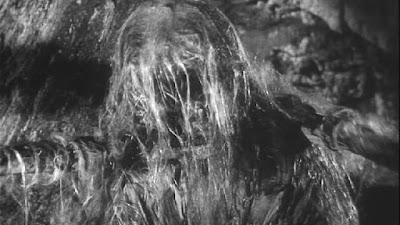 These beasts have been operating in remote locations of Old Earth since the last Ice Age & jealously guard the vast cavern systems & caves of the K'nyanians. They are able to change their metabolism to operate in a wide variety of conditions from the deserts of accursed Atlantis to the icy realms of Old Earth. These guardian beasts can easily adapt & survive in the wastelands of the post apocalyptic world but they don't like the various death lands and deeper wastes because of the extreme conditions and lack of easy victims .

The K'nyanian Guardian Beasts From The Haunted Caverns

The so called Primordial beasts have been used by the  The K'nyanians for thousands of years as guardians for their operations upon accursed Atlantis and thousands of other worlds. They have the characteristics of many creatures but are actually horrors unique to themselves. They make their homes in wide variety of locations and easily adapt to a wide variety of conditions but often enjoy cold or inhospitable climates with nearby human settlements. The beasts enjoy feasting on human and near humanoid victims who stumble into their clutches.  They will strike a a lone victim or stalk a party picking off the adventurers one by one sadistically.
These horrors have a bite which places the victim into a near death like state unless save vs. poison is rolled. The victim is given a strange poison that not only keeps them alive and suffering but protects them from the cold. The beasts produces a special webbing that can hold a man sized creature stationary and protected against extreme cold. The beasts feed on their charges and lay 1d10 eggs within the victims who are conscious when the young eat their way out of them. This does 1d4 points of damage per round as the worm like young burst forth from the victim after feeding upon the marrow of the bones of the poor wretches.
The beasts often hunt down witnesses and other special victims that they single out. The creatures uses their inhuman senses to ceaselessly track their targets. They are able to project into the minds of their victims images of suffering prey and friends that they often take. Those who witness such sights will be at -2 on all rolls as the telepathic horror of these images takes it's toll on the sanity and mind of their charges. Only a save vs wands may lessen the impact of such horrors.
These horrors can live hundreds of years and amass a fortune in artifacts and gold from past victims. They know that rumors of such treasure bring adventurers and fool hardy explorers but these are not the only treasures to be had.
Many alchemists will pay good gold for samples of the beast's flesh and sections of its webbing. These are made into potions of regeneration and protection from cold. There is a 10% chance of those who use such things taking on certain characteristics of the beast or even becoming one themselves.