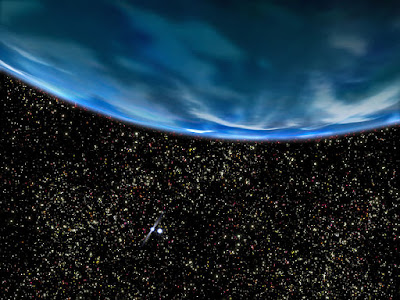 May the merciful gods, if indeed there be such, guard those hours when no power of the will, or drug that the cunning of man devises, can keep me from the chasm of sleep. Death is merciful, for there is no return therefrom, but with him who has come back out of the nethermost chambers of night, haggard and knowing, peace rests nevermore. Fool that I was to plunge with such unsanctioned frensy into mysteries no man was meant to penetrate; fool or god that he was - my only friend, who led me and went before me, and who in the end passed into terrors which may yet be mine!
Hypnos HP Lovecraft 1922

There are places where the passing of the wars of alien gods has left its mark, places where adventurers and wizards long to find the secrets of ancient wars & magicks to shake the heavens. Many times all they find is insanity and depravity instead. Welcome to Caurngogurgoth world of the ancient damned and a place where the tides of chaos lap against the shores of hyperspace creating ripples across various planes & other dimensions. There is even a reflection of Caurngogurgoth in the outer darkness but cracks in the threshold allow all manner of monsters into this dead world. 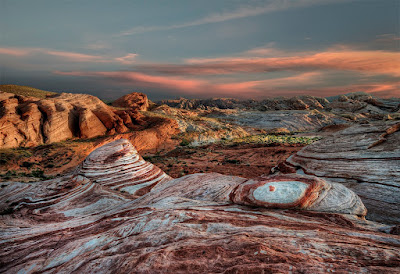 Photo from the explorer John Fowler
One of  battle between chaos & law was fought over seven billon years ago on this barren world upon which  the silent spaces echo of battle still ring across the ages. The stillness of the air can be cut with a knife & very little life exists here but psychically and spiritually the place is rife with astral parasites, haunts, and other weird other planar life forms slothed off by the passing of the Great Old Ones still exist here. Many more are drawn here by the hyper spacial eddies and other planar meta currents that wreath this world in other dimensional space. It makes passage to Caurngogurgoth a very dangerous and difficult prospect at best but still adventurers come.
Here the very air rang with the alien din of battle between forces beyond the pale of man. The churned with the power of change and chaos until it the changes exhausted themselves. Alien warriors, wizards, & the corpses of a thousand species who battled in their master's names are preserved and fossilized by the black forces and magicks that were released here. They might telepathically be communicated with and some wizards consult these things for weird insides or more. 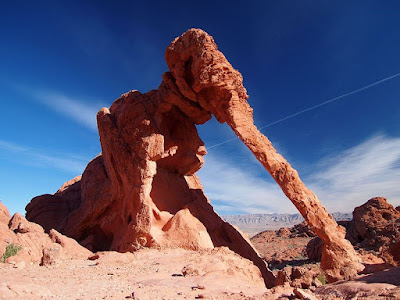 Those communicating with these beings must save vs. death or be overwhelmed by the vast alien mind which might try to take over the mere mortal vessel trying to communicate with it. Those who fail will have their head explode in a shower of gore.The desert scavengers will drag the corpse away and the bones will be reduced down to essential minerals for use as nesting material by the local wild life. Wizards and others come to Caurngogurgoth to divine the secrets of the ancient wars, battles, and conflicts between the fallen angels, Lovecraftian entities, and other alien powers of Law & Chaos. Some of these have yet to be or have taken place billions of years ago in the cycles of time. For every eight hours spend on the alien world there is a 20% chance of losing or gaining 1d30 days. Many times Caurngogurgoth comes into alignment with the elemental planes & many entities use these points to come to the world and bask in the pseudo magical energies of the place. They will also take advantage of any exotics they come across to use as slaves or fodder.

Many adventurers and wizards come to Caurngogurgoth for 'the Rh'oschatho' or the battle fields of law &  chaos. These places are mile after mile of alien petroglyphs which recount the battles and often have forbidden magicks worked into them. PC's studying them must make a Wisdom roll or be struck dumb & deaf for 1d20 days. They will become prey for the myriad of weird life forms that call the planet home. There is also the Eha-kihothacl which are the rotting corpses of giant space gods, Lovecraftian entities, fallen angels of law and the Lovecraftian demons of chaos. Many of these entities  are still quasi alive as they rot under the alien sun and often tribes or wizards partake of this flesh to gain forbidden insights or magical power.