There always the desperate, the crippled, and the maimed among former adventurers as well as the general population of the wastelands. This ancient chamber of super science & sorcery is a product of Atlantian occult technologies & the warped black sorcery of K’nyan. Controlled by a series of highly complex machines and controls, the K’nyanian atomic healing chamber of  The Black Gulf is a black miracle machine. It is able to heal the most incredible injuries and perhaps even death but the price is indeed high. 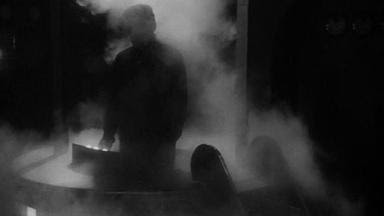 Using a series of specially Alchemically   treated  aurichalcum mirrors and a pin prick planar engine powered by stationary heavy duty atomic cell, the K’nyanian atomic healing chamber uses super science to draw in a dangerous combination of weird energies from the negative plane, mixed with energies from the plane of shadows, and layered in the winds from the Outer Void. If used to treat victims of maiming or crippling injuries even the loss of limbs the chamber will heal them of 1 hp point per every two treatments until fully restored. It will even regenerate lost limbs and perhaps with a 20% chance revive the dead.
There is a dark & dangerous price for this type of meddling with forces far beyond the control of the providence of man. The product of super science & black sorcery the treatments will turn the subject into abnaturally tainted lesser free willed undead fiends eventually after six or seven treatments. They will hunger for the souls & life force of the living. Every six to eight weeks the victims of the healing chamber must hunt & kill another victim or risk lapsing into a state of pathetic undeath. 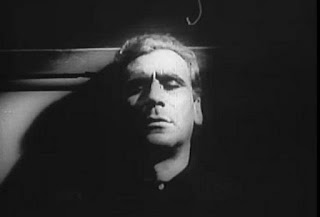 There are cults in and around Atlantandria as well as the wastelands of accursed Atlantis. The bastard son technology of super science & sorcery reached the Earth of the 'Warlords of the Outer World' setting where knights & inquisitors hunt these undead horrors. Those who become one of these lesser examples of ghoul kind shift over to the chaotic recesses & some become black acolytes of Orcus spreading the corruption of undeath to every social level of society. There is often a head mad scientist, black alchemist, or black wizard in charge of these devices where they've been hidden away in a dungeon or Atlantian ruins. 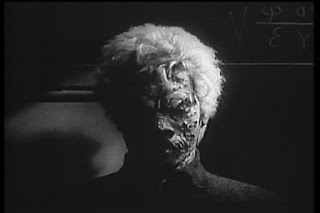 Many K’nyanian atomic healing chambers are found without the special raw natural vermarine polished lens. With this lens the chamber is able to heal d6+4 HP per treatment, and your PC gets to exceeding points as temporal HP for a day or a month or two. The damage will abate and be seemingly be healed and there is a 60% chance that it is healed. But for a time while the weird other worldly energies at play in the PC's bodies may feel ill at easy or even have 1d4 temporary mutations appear only have them disappear at eight hour intervals. 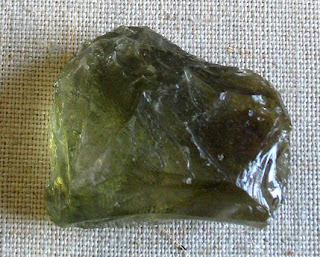 K’nyanian atomic healing chambers on accursed Atlantis had they're raw natural Vermarine polished lens removed so that thousands of humans and humanoids were converted into Atlantian atomic ghouls & used to invade certain Outer World colonies centuries ago. It is rare to find a healing chamber with its lens intact but they do exist in certain ruins and dungeons according to books of ancient knowledge.