So I decided to take a break from the post apocalyptic wastelands of my imagination and migrate to far more familiar fields of imagination. This was from a conversation last night with friends on the phone in far away places and about some of the options in their B/X Dungeons and Dragons game campaigns. The subject of Elves came up and its a bit of a sour spot with Michael my friend from out West.
He needed PC options and fast for his games and wanted to know if I knew of any quick, dirty, and well done B/X options for his mostly Elven group of players? I at first suggested The White Lady from the Lamentations of the Flame Princess line but even though this was a wonderfully twisted adventure it wasn't what he was looking for. It really did fit the bill for his needs and I'll go into why I think you should download it.
GRAB IT RIGHT HERE
WITH ADDITIONAL MAP SUPPORT 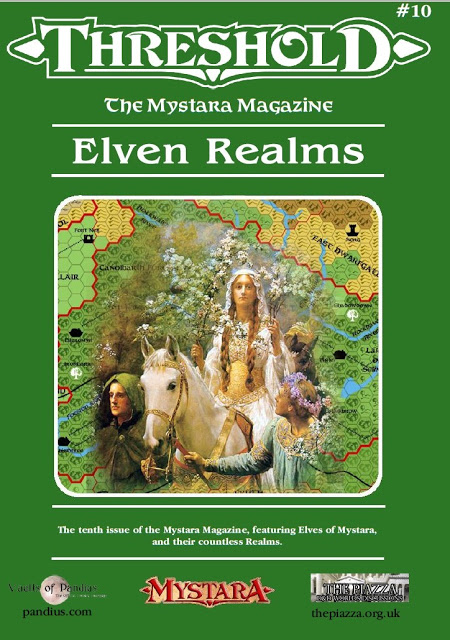 Then it hit me, early in the day I had read through issue number #10 of Threshold magazine. What's in issue number ten; "

"Issue #10 of the Threshold Magazine is available now from the Vaults of Pandius! In this issue you will find alternate elven histories, calendars and holidays; new elven class variants; the future of Canolbarth forest and the secrets of the Stalkbrow Bad Magic Node! In addition; the mysterious Vesper elves of the Hollow Moon; the fourth in depth installment on the Wrymsteeth; the next level of Koskatep, a Norwold adventure and a foray among the pirates of the Savage Coast round out the issue. "
This issue starts off by taking  an alternative look into Elven holidays and what they mean and how they can be applied to campaigns in Mystara. The work is very well done; the article fills in a very narrow issue of fluff and history with a nice quick overview. But why should you care? Well there are two reasons, one this material could be used as background history for a PC as to what a month means that they were born into in Elven culture for background info. and two it could be used to provide fodder for adventures and key times for Elven events. The article "A short treatise on the Elven clans of Mystara, with a history of their migrations" is another piece that adds lots of history and fluff for an alternative take on the Elves of Mystara and gives a good background for dungeon masters to add in that extra dollop of campaign prep and times for adventuring. None of this material contradicts any previous material published in Threshold this includes James Mishler's Blackmoor timeline. That's important if you want to maintain internal campaign consistency. Its all very well done. Next we get into Elf Class Variants and Sub-Classes for BECMI/Rules Cyclopedia D&D and for me this is why I downloaded the pdf. We get background, level limits, reasons, rules and more all done pretty well as a B/X outline. We've got Elven Clerics, Elven Druids, Elven magic users, Elven warriors, mages, thieves, bards, paladins/avengers, and more. Its all very well done and fits the B/X mold pretty solidly. There are several surprises in the mix with this PC material but I'll let you read that. All in all I think that Michael was pleased with the material but we're not done.


The Rise and Fall of the Canolbarth Forest focuses primarily on that adventure campaign location and does a fine job of charting out the history, events, battles, and more that surround that area; we get a full overview of the region and its surroundings. This is a must for those who want to use the material for adventures and campaign flow. This is some very well done stuff with lots of details and ideas that can keep a campaign going for years to come. I love the maps in this article and the material is very well done for an Elven campaign.

For those seeking to situate a campaign in the Canolbarth Forest this is a must for the download alone. The maps, artwork, and history are very well done for the region and I was impressed with the breath and depth of detail in this article.
Next up we get into The Stalkbrow Bad Magic Node which is an extensive article on modifying the module for use with the Alfheim region. I know a thing or two about this module and this was a welcome addition to my DM arsenal of articles. The article states something that I have long suspected in my mind; "This module has some fantastic locations, locations that have stuck in my memory even though it has been many years since I played the game: The Elephants Graveyard, The Devil’s Staircase, Fallen Glory... But it is
unfortunately also a module with some pretty cheesy ideas in it. Trolls crying lakes of
tears, a troll living under a bridge and anything to do with the annoying Gyerians. Then there are some math problem sections which just seem out of place – all in all a very mixed bag. The idea behind this re imagining
is to take the best parts of the module and locate them somewhere in the Known World so the adventure can be more easily used as a one-on-one adventure with one DM and one player."  The article goes into some pretty nice details for modifying and setting up this adventure for use in your own Mystara gaming campaigns. 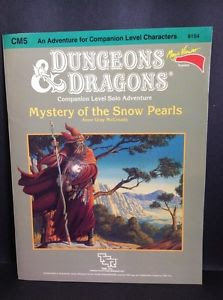 Then we dive into the Vesperlands Atlas by John Calvin and this is a solid article on using the Mystara moon as an adventure and campaign setting ala the Hollow World and should be of interest for those who love Spelljammer. Seriously there is a ton of potential here for some serious adventuring in this location. You get some amazing adventure resources in this one including this map and all of the regions are detailed in a brief outline with plenty of room for the DM to fill in as needed for campaign use. 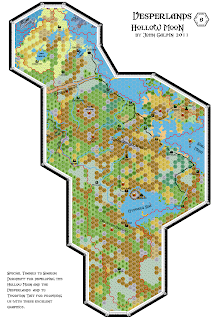 Then we crash back into the Savage seas of Mystara with a look at the PIRATES, CORSAIRS &
BUCCANEERS of the setting and its a nice overview with plenty of campaign potential here for adventures, history, PC background and more. Very well done stuff here.
Then we get right into the humanoids of this issue with Whose Who in the Worm's Teeth.  This article follows the; "In the Name of the Dragon adventure published in issue #7 of Threshold and the Who’s Who in the Wyrmsteeth” part 1 and part 2 articles published in issue #8 and #9 of Threshold magazine, which described the dragons of the Wyrmsteeth kingdom and Norwold and the dragons of the Outer and Hollow worlds."
This article describes NPC's, regional politics, and what its like living under the watchful gaze of these dangerous and magnificent creatures. Very interesting stuff indeed.
Next we get into The Skars’ Legacy is a short campaign for low-level PCs, set in the Frothulf Vale area ; and here we're treated to a wide range of material and its pretty solidly done. There is a ton of potential with this section of the magazine for adventures in this area for PC's.
Then we are treated to a full blown level for the on going Mystarian megadungeon of doom; KOSKATEP and there is a ton of good stuff there. Seriously well done and might be worth your attention to track down the other issues detailing this adventure location. 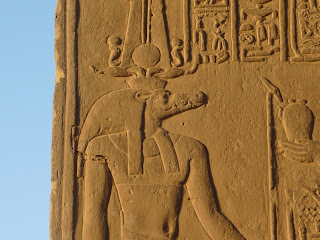 Do I think that this is a challenging level for PC's for a mega dungeon? In a word yes this is an amazing piece of dungeon crawling with an Egyptian style theme and some solidly done tricks, traps, and encounters.

So do I think that Issue #10 of Threshold magazine is worth the download in a word yes, its very well done and free as well as being on of the best produced fanzines that still available on the OSR interwebs.