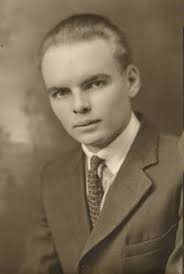 Just a quick word about the pulp sci fi author Henrik Dahl Juve here. Many of the usual pulp science fiction devices that we seem to take for granted in the science fiction pulps at the time made their appearance in this story. From screens, to molecular disruptors, wireless energy transmission, all of the science fiction tropes are at work here. His work makes some great old school adventure settings. Very easy to transform into an afternoon's OSR play.


The author is now mostly forgotten but managed to turn out some exciting stuff including this issue of Wonder Stories and three more novelettes as well as anthology of his work. They include the September issue 1932,  the February 1930 issue and much more including the  anthology from 1984 called The silent destroyer: A science fiction anthology by Henrik Dahl Juve (1984). The anthology is long out of print but the stories were interesting, concise, and pretty entertaining for space opera and science fiction.
His work makes great fodder for any old school space based game. Its breezy, entertaining, very pulptastic old school science fiction and easily translatable into an retroclone format.
Its nice to see a journey man writer and bring him back into the light. Very cool stuff I hope to bring more of Mr. Dahl Juve's stuff to light in the future.
Posted by Needles at 11:08 AM