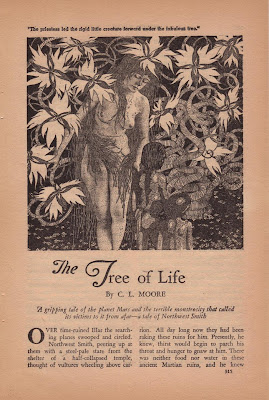 Download It Right Over
HERE
The interplanetary adventurer Northwest Smith trapped for food by Thag, a 4-dimensional monster, in the ruins of the ancient Martian city of Illar.
Dark Illar is the perfect desert ruin for trapping your PCs and getting them into a sci fi Gothic adventure. The place is a nasty nightmare location just waiting for PC's to blunder into a hellish encounter.

A Bit Background NorthWest Of Earth

These are classic  C.L. Moore and their pulp science fiction roots show through. The fact that many of her stories seem to feature Lovecarftian god like aliens is simply icing on the cake. She remains one of my all time favorite writers. North West Smith is the classic anti hero adventurer/space which now seems the classic trope. 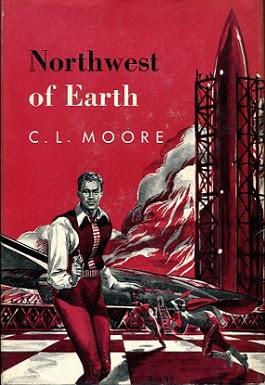 By profession, Smith is an outlaw who lives by a variety of criminal means, including smuggling. By nature, he is an anti-hero, ruthless, self-serving, and cynical. Despite this, he has a core of goodness and often does the right thing in spite of himself. Smith is described as a dark haired man with "space bronzed" skin and pale eyes, who wears brown spacer's leathers and carries a raygun at his side like an old west gunfighter. His ship, the Maid, is small and unspectacular but surprisingly fast and agile. His closest ally is the equally amoral Venusian, Yarol.
His stories often involve ancient alien beings who have been worshipped as gods. This theme is similar to the tales of H. P. Lovecraft though, unlike Lovecraft's tales, Moore provides a hero who always manages to win out over hopeless odds. The classic Northwest Smith story is "Shambleau" in which Moore plays with themes of sexuality and addiction in Smith's encounter with a strange female alien.
The story "Quest of the Starstone" is also worth noting because it connects Smith with Moore's other most famous character, Jirel of Joiry.
Moore originally created Smith as a western character and kept the name when she switched to science fiction.[1] She reportedly liked the absurdity of a character named "Northwest" in space, where compass points are meaningless.
Moore traced the origin of the character's name to the typing work which she was doing for a living while writing Shambleau and which included a letter addressed to a "Mr. N.W.Smith"
You can find out more about the first lady of Science Fiction 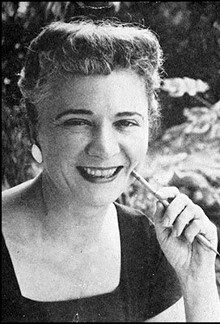 HERE
The North West Stories and collections are the following :

Northwest Smith stories appear in the following collections:
Posted by Needles at 2:00 PM