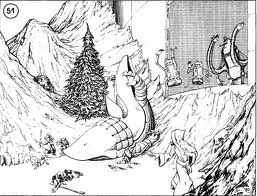 After the combat last week with the landshark & some of the more interesting aspects of the village. The PCs were investigating some of the weird goings on around the kingdom of Geoff.
You can read about Part II right Here

Expedition to the Barrier Peaks - The Perils of the Kingdom of Geoff
The PCs dealt tonight with the clean up from the village from last game. IE Looting & plundering what they could. The King's knight's & fighters rode in & offered them an audience with the king.
They encountered their first invasive species of the evening. A pack of cannibal mutant halflings. The players & knights made short work of the pack but not before one of the PCs was bitten.


A quick trip over to the temple of St. Cubert for healing was needed which made short work of the plunder from the village.
Then a ride through the countryside which I "borrowed" from HP Lovecraft's The Colour Out of Space. This really creeped the players out.
The food supply & fields were contaminated with strange radiations from the doom day star which fell from the sky. The characters saw more evidence of the goings on from the star. Mutation & sickness are everywhere.
The characters are taken to court & introduced to the king who shows them evidence of the valley & its environs. A peasant is brought in with the "Wasting sickness" & all hell breaks loose as a parasite like mutant bursts forth from his rib cage.
The Battle Royal lasts for 40 minutes as the peasant stands up zombie like & batters the PCs along with the parasite. The zombie mutation kills 2 PCs & is finally brought down with sword & fireballs .
The parasite almost gets the king with the PCs fighter finally cutting the thing to rivets. The party sees why the other expeditions sent to the valley have failed. Everything seems to hinge on the valley & its secrets. After a re equipping the within Geoff. The PCs set off in the morning.
The closer they come to the valley the weirder the plant & animal life.
A mutant attack later & the PCs are into the valley but 3 horses have sustained wounds. Healing magic takes care of these but PCs wish to camp for the night.
Details of the kingdom of  Geoff can be found right Here
Approaching The Valley Of Doom 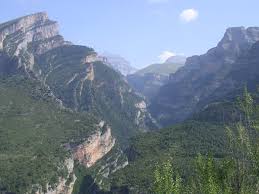 The valley at night cast evil & strange auroras in the sky causing the PC's to post 2 guards that night. They met with a cleric of St. Cubert who was camped along the valley's rim. A natural tunnel had been cut into the valley by a  river millions of years before. The cleric was nervous about a mission that had been build 13 years before & after the appearance of the "evil star" had not been heard in 2 months.
The whole thing was actually my 10th player making it about 10 pm after work. The other players sucked  him in a the last minute.
The PCs wanted him into the game asap possible because an addition cleric was needed with 10 players who were prone to losing PCs left right & center. This is turning into a mini campaign rather then a single one shot quick adventure with lots of pulpy overtones
Tonight's game had all 10 players in it & fun was seemly had by all except they seem a bit paranoid of land sharks