So my buddy Mick Leach over at Eastern Front studios is a getting this off the ground & personally I think these are just fantastic.


In his words "A brand new line of miniatures based on the mighty Gladiators of Ancient Rome, for skirmish games and Fantasy Football." Eastern Front Studios can be found right over Here

How the project got started,  "The Alessio's basic idea was to build up a new team for Fantasy Football. He noticed there wasn't a team of dwarf gladiators around so he started to work on it drawing some sketches. He based his work on historical sources: armors, and weapons are from ancient mosaics, sculptures and archeological finds. Of course the Fantasy part wasn't ignored: some figures (for example the Retiarius) are inspired by existing miniatures for Fantasy Football, so the player can easily recognize the role of the miniature in the game."

So me being the science fantasy geek that I'm the first thing that came to mind was the original Star Trek episode Bread & Circuses. 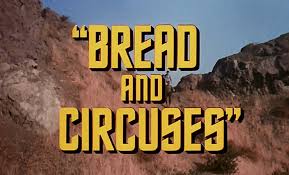 With the release of Star Ships & Spacemen as well as Terminal Space already on the market. The idea of being able to incorporate fantasy races becomes that much easier with something like these guys.
Simply have your away team captured by these guys 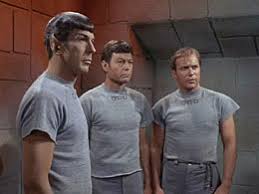 Some how facing down these dwarves is going to result in an epic win for the party but who knows? If I were you as the DM I'd string it out for quite a long time. 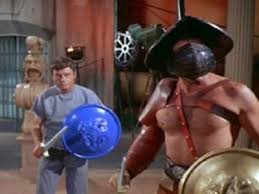 There are lots of opportunities for adventure in this vein.

So there you have it an encounter with two classics. Dwarven gladiators & classic space opera trek style.
You can go over to the kickstarter  right Here
Personally I'm going to be supporting this kickstarter otherwise these guys might be waiting in the wings 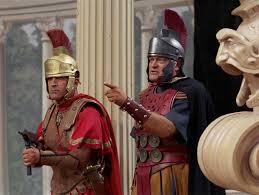 There's no copyright or trade mark infringement implied by this blog entry to the copyright holders. This is merely an entertainment idea & support for a great project.